Have Fun and Stay Safe During National Bike Month 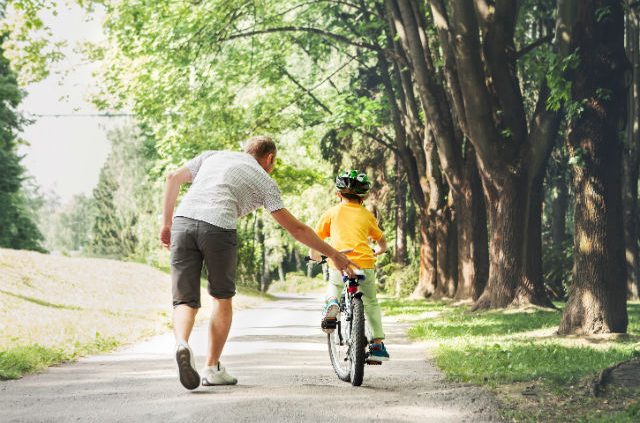 There’s nothing better than a brisk bike ride in the springtime. May is National Bike Month, and you can celebrate by dusting off your trusty bicycle, grabbing a helmet and hitting the streets. There’s a lot to love about cycling: It’s fun, it’s environmentally friendly and it’s great exercise to boot. In recent years, biking has become more and more popular in the U.S., especially in metro areas. There’s even a National Bike-to-Work Day on May 18. But, like with any mode of transportation, you need to make sure that you keep safety in mind while you’re on two wheels.

Did you know? AAA Northeast offers 24-hour roadside assistance for your bike, too! The free service is available to all members. Learn more.

According to the National Highway Traffic Safety Administration, American bike deaths reached 840 in 2016 – the highest number in over 25 years. Fifty-one percent of the cyclists killed in 2016 were not wearing helmets. In a majority of bicyclist deaths, the most serious injuries are to the head, and wearing a helmet reduces chances of head injury by 50 percent.

Protecting your head while biking is of the utmost importance, and wearing a bike helmet is the best way to do it. When you put on your helmet, make sure the visor sits about 1 to 2 inches above your brow, and that the chin strap is snug, but not constricting. If you can fit no more than two fingers in between your chin and the strap, you’re good to go.

You might have grown up thinking helmets are dorky looking, but that shouldn’t matter when your life is on the line. Even so, bike helmets are far more stylish than they used to be. I recently purchased a helmet that makes me look as though I own a stable of dressage horses. You don’t have to sacrifice style to stay safe.

Check out these easy steps to properly fit a bike helmet. 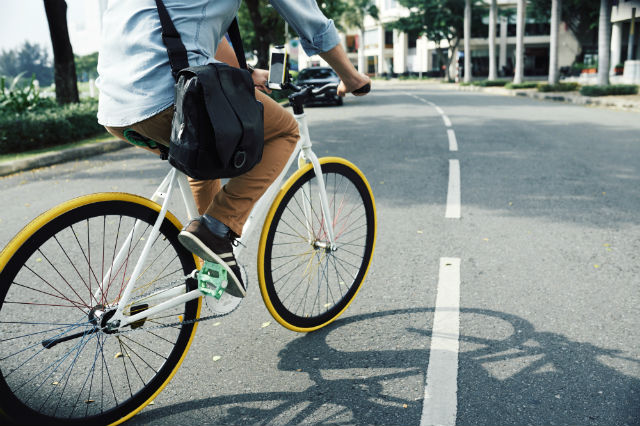 Biking in the dark

Bike deaths peak from 6 to 9 p.m., but why is that? Visibility is important on the road, especially when drivers and bikers are sharing the same streets. During the day, you don’t have to worry too much about seeing and being seen, especially if it’s spring or summertime. However, as the day gets duskier, it’s more difficult for drivers to spot cyclists darting across or on the side of the street. If you’re going to be biking during this time, there are tons of bike accessories that will help make you more visible, like clip-on lights and reflective tape.  The most common (and perhaps easiest) method is to wear a reflective vest.

Cyclists: Sharing the road with cars is dangerous, but it’s often necessary. Riding on congested sidewalks puts pedestrians in danger, and it’s actually illegal in some cities. Bike on the right side of the road (just like when you drive) and stay around 2 to 3 feet away from the curb. Be careful when you’re driving past parked cars – you never know when someone could open a door and clothesline you. Remember to stop at stop signs and red lights, just like someone in a car would.

Drivers: When you spot a cyclist, give them a wide berth. You’re driving something that weighs over 4,000 pounds, while cyclists are balancing on a 15-pound machine powered by their own legs. They don’t have the benefit of a car’s safety systems, and if there’s a crash, they’re probably going to get hurt. If there’s a bike lane in your city, don’t park in it. This forces cyclists to dart unexpectedly into traffic lanes. You also should not be driving in the bike lane, even if you’re just edging in by a foot or two. There could be cyclists in your blind spot, and even the cyclists that you can see are too close for comfort.

Click here for more tips on sharing the road.

What are some ways you stay safe while cycling? Let us know in the comments below!