At AAA, we're proud of our employees who served in the U.S. armed forces. For Veterans Day, they told us about what this holiday means to them. 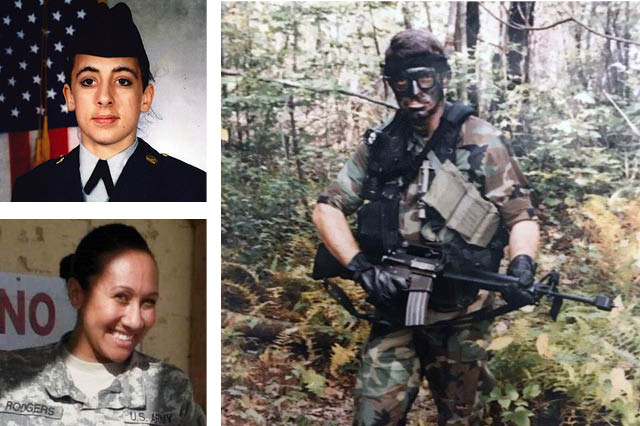 At AAA, we’re proud of our employees who are veterans of the U.S. armed forces. They bring invaluable skills to everything they do. For Veterans Day, they told us about their military service and what this holiday means to them.

“Military service probably changed me in ways that can’t be gauged, because I learned much of what I do or how to do it in the military,” said Mclaughlin, an army veteran who works in the automotive call center in Providence, R.I.

Mclaughlin joined the U.S. Army in 1966 for a career that last 40 years. He fought in the Vietnam War in 1971, was later a reservist, and concurrently, a civilian facilities manager at a brigade headquarters for 25 years. He was stationed everywhere from Rhode Island to Germany to Long Binh, South Vietnam.

“Veterans Day means a lot to most of us old vets,” he said. “We often think of our fellow comrades who either never made it back home or passed on prematurely, usually due to health reasons.”

“As a veteran, I am proud to say I served my country. It taught me discipline, organization, loyalty and integrity! Veterans Day is when I reflect on all the good people I have met and the sisterhoods that were created,” said Cabral, who works in the AAA Somerset, Mass., branch.

She joined the military expecting to fight in the Gulf War but never did, because it ended shortly after she enlisted. During her eight years in the military, she was stationed at Fort Jackson, S.C., as well as Fort Devens and Taunton, Mass.

On Veterans Day, she usually marches in her local parade as a rifleman with the American Legion.

Duclaw, a dispatcher for roadside assistance in Providence, said the U.S. Army changed her life immensely.

“It trained me to keep an eye out for things that people do not see on a daily basis. I like that I am trained to handle just about every situation that comes my way,” Duclaw said.

Her home station was Fort Greene in Narragansett, R.I., although she served in the Afghanistan War from 2010 to 2011, on a tour of duty in Kandahar province.

On Veterans Day, she usually observes a period of silence to reflect on the day’s meaning.

“Veterans Day is a day to remember those who have served – not only those who have died in war but all of those who raised their right hands in honor of their country,” Duclaw said.

“What I value about being a veteran is the camaraderie that never ends. Only another vet can relate to the experiences of life in the military,” said Porter, who is a fleet supervisor for AAA in Woburn, Mass.

He was an aircraft weapons specialist in West Germany during the post-Vietnam Cold War era.

He attends his town’s ceremony on Veterans Day, if his schedule allows.

“Veterans Day is to thank, honor and celebrate the brave men and woman who proudly serve and have served their country.”

Rodrigues, who works for AAA Northeast Bank in Providence, completed most of her service as a dispersing/personal financial records clerk at Camp Pendleton, Calif., after boot camp at Parris Island, S.C., and training at Camp Lejeune, N.C.

She usually observes Veterans Day by attending an annual event in Providence. However, this year’s “WaterFire Salute to Veterans” will be held virtually on Nov. 14.

Schiller, who works in marketing in Providence, joined the Minnesota National Guard at 18 years old and fresh out of high school.

“Joining the military at such a young age forced me to grow up faster than many of my peers. I was able to experience such life-changing circumstances that made me enjoy the little things and not take anything for granted,” Schiller said.

During her four years of service, she was stationed in Duluth, Minn., and Stratford, Conn. In between, she deployed to the Afghanistan War as a heavy-wheeled vehicle operator.

“Veterans Day is a time to reflect not only on my service, but those who have served before and after. It’s honoring and thanking those who’ve sacrificed so much to serve our country.”

Tell us why Veterans Day is important to you. 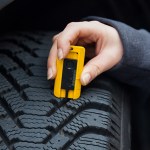