It may may seem simple enough, but stop sign history shows a lot of work went into its red octagonal design. 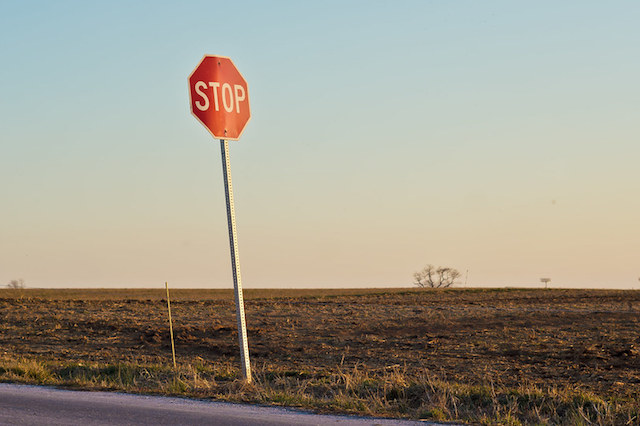 As ubiquitous as it is universally recognizable, the stop sign has transcended the world of traffic to become the symbol used to warn anyone, inside a vehicle or out, to come to a halt. Stop sign history, however, shows the simple placard didn’t always have this much power. It took decades for stop signs to become commonplace and even longer for its design to be standardized.

Let’s take a look back at how the world’s most famous octagon came to be.

In 1867, at just 9 years old, William Phelps Eno experienced a life-altering event. The sight would be difficult to imagine today but was becoming all the more common at the time: a horse-and-carriage traffic jam. “There were only about a dozen horses and carriages involved, and all that was needed was a little order to keep the traffic moving,” he later wrote. “Yet nobody knew exactly what to do; neither the drivers nor the police knew anything about the control of traffic.”

Growing up in New York City in the late 1800s, Eno witnessed firsthand the chaos that was America’s nascent roadway system. When automobiles came around, the situation only got worse. The experience inspired Eno to devise numerous traffic-flow innovations – many still being used today – and earn him the title “The Father of Traffic Regulation.” He first suggested the idea of a stop sign in a 1900 article in The Rider and Driver, but it would be more than a decade until the first sign was installed in the country.

The first stop sign in America was installed in Detroit, Mich., in 1915, although it would be unrecognizable to a driver today. It was a 2′ x 2′ white square sign with black lettering.

For the first several years of their existence, stop signs were made in a variety of shapes, sizes and colors. (There was little, if any, regulation or standardization in the early days of U.S. roadways.) If an individual or group constructed a street sign, it was done so any which way they desired. This resulted in signs such as the 40-foot sign in Tennessee that read “DRIVE SLOW – DANGEROUS AS THE DEVIL.” Another – adorned with a skull and crossbones symbol – warned, “DANGER GO SLO.” Understandably, this all proved to be quite confusing for motorists.

The group created a plan, adopted by the Mississippi Valley Association of State Highway Departments in 1923, to classify street signs into shapes based on the level of danger. Since reflective paint hadn’t been invented, and there was little if any light on the road at night, they believed motorists could see the shape of the sign and act accordingly even if they couldn’t read the writing.

Before that point, most traffic signs were rectangular. So signs that provided direction or other regulatory information were kept rectangular. Signs that warned against the most dangerous situations – which at the time were railroad crossings – were circular. Stop signs fell in between and thus were given an octagonal shape.

In 1924, the American Association of State Highway Officials added a color element to traffic sign standardization. Members agreed that all danger and caution signs would be yellow, as this was the most visible color, particularly at night. Red was rejected as it would have been too difficult to see in low-light situations.

Stops signs remained yellow all the way into the 1950s. While the color, on its own, may have succeeded in gaining motorists’ attention, the stop sign still had difficulty standing out because its color scheme was identical to all other cautionary signs. It was clear it needed its own design.

Traffic signals used red to signal motorists to stop for years, so using the color for stop signs as well was a logical choice. In 1954, the federal government revised the Manual on Uniform Traffic Control Devices, the national standard of traffic control devices, to change the stop sign to the one we know today: a red-and-white octagon.

But if traffic signals had been using red for decades, why wasn’t it used on stop signs much earlier? It was a matter of practicality. The color red fades and wears off easily, and no material existed that could make a red sign last outdoors for a considerable amount of time. As such, stop signs remained yellow into the 1950s in 47 out of the 48 states.

“California always used only red stop signs,” says Gene Hawkins, a civil engineering professor at Texas A&M University and expert on the history of traffic control devices. “They could do that because their stop signs were porcelain and were either illuminated or retroreflectorized with cats eyes or retroreflective buttons.”

Indeed, it appears the federal government was simply waiting for technology to catch up to the times. “It is generally understood that the original decision to standardize on a yellow background for the Stop sign, rather than on the more logical red, was based largely on the unavailability of red pigments that would not fade on exposure,” the 1954 Manual on Uniform Traffic Control Devices states. “The recent achievement of dependable red finishes available in competitive materials, has made the red sign practical.”

What do you think of this brief look at the history of the stop sign? Did you learn anything new? Tell us in the comments.

For more automotive history, head to AAA.com/YourAAA to learn about the origins of everything from seat belts to cup holders.