The History of Car Batteries

Retracing the enduring history of car batteries, from 19th-century France to underneath the hood of your car.

Your car engine, with its mighty roar, may get all the glory, but without the silent understated work of the vehicle’s battery, your vehicle isn’t going anywhere.

We will concede the car battery is not the sexiest component of an automobile. Not only is it not seen or heard, it doesn’t come equipped with showboating descriptors like “276-horsepower, 3.6-liter V-6” that car engines do. But don’t be confused – car batteries are vital. Not only would vehicles not be able to operate electrical systems like lights, heated seats and air conditioning without them, but vehicles themselves wouldn’t be able to start without the humble lead-acid battery found in most cars today.

But the history of car batteries begins well before we had any cars.

The History of Batteries

Evidence suggests that the first batteries were created as far back as 200 B.C. in what is now Iraq. The word “battery,” however, wasn’t coined until the 18th century by none other than Benjamin Franklin, who used it to describe a device he invented capable of holding an electrical charge. The machine consisted of numerous Leyden jars grouped together; thus, Franklin adapted the military term for multiple pieces of artillery working together.

Alessandro Volta invented the world’s first true electric battery not long after. In 1800, the Italian physicist unveiled a device consisting of alternating zinc and silver disks separated by brine-soaked cloth. When a wire was connected to each end, a continuous electric current flowed through the pile. Unlike Franklin’s Leyden jars, this device didn’t need to be charged.

Volta’s discovery led to widespread research into new practical uses of electricity, and by the mid-1800s, the history of car batteries was well underway.

Gaston Planté may not be a household name, but he played an indispensable role in the history of the automobile. In the 1850s, the French physicist was experimenting with a battery that could store a useable amount of electrical energy. The best battery at the time produced just 1.1 volts, according to the National High Magnetic Field Laboratory.

Planté successfully created such a battery before the close of the decade. By utilizing lead and sulfuric acid, he was able to create a battery capable of delivering more power than any before it. The most significant evolutionary component in Planté’s design, however, was that the chemical reaction was reversible, meaning the battery could be recharged.

It would take a few decades after Planté’s invention before lead-acid batteries found their way into automobiles. After all, early cars didn’t require electricity: They didn’t have lights, engines used manual power, and bells or air horns were operated manually. Take a look back at auto history.

This all changed in the early 1900s when Charles F. Kettering invented the electric starter. This new device allowed motorists to start a car’s engine from the driver’s seat instead of hand-cranking the engine from the front of the vehicle. The starter, which required a battery, also powered a vehicle’s lights, another feature Kettering developed. The first electric starter appeared in Cadillacs in 1912. Not long after, Kettering’s Dayton Engineering Laboratories Company was purchased by General Motors. The engineer was hired as the automaker’s head of new research division, where he developed numerous instrumental technologies, including spark plugs, leaded gasoline, automatic transmission and four-wheel brakes.

More and more new cars came equipped with electric starters as the 1910s progressed, according to Wired. One of the last holdouts, however, was the Ford Model T. The prominent, widely owned car finally made the switch in 1919, at which point batteries could be found in just about every American automobile.

For the first half of the 20th century, cars were equipped with 6-volt batteries. That changed in the ’50s when vehicle electric systems transitioned to 12 volts, thanks to evolving car designs and features that required more power. To this day, most vehicles use 12-volt batteries.

Another important milestone in the history of car batteries occurred the following decade with the introduction of the absorbed glass mat battery. As its name implies, this iteration contains fiberglass mats that absorb the battery’s sulfuric acid, making it spill-proof and easy to ship. But what makes AGM batteries particularly well-suited for cars is that they can deliver more power, charge faster and last longer than traditional lead-acid batteries. They are also maintenance-free and resistant to vibration.

Despite all these advantages, AGM batteries weren’t commonly used in vehicles until the 1990s. By this time, cars’ electrical needs had grown substantially. The more efficient battery was needed to power features such as air conditioning and advanced computer systems.

If you haven’t heard, there are these new things called electric cars. Well, they aren’t really new – the first electric car appeared in the United States way back in the late 1800s.

Electric cars use a battery to start the vehicle, power electrical features and power the motor. To do this, they depend on what’s known as a lithium-ion battery, which first became commercially available in 1991. This battery type boasts a higher energy density than others. This allows it to store more energy in a smaller battery, making it perfect for devices like cellphones and laptops.

In 2008, the Tesla Roadster became the first production electric vehicle to use a lithium-ion battery. Today, they are used in nearly all electric vehicles and are capable of powering a car more than 500 miles on a single charge.

AAA is your one-stop shop for all things car batteries:

For more interesting backstories on car parts and beyond, visit our automotive history page. 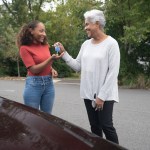 4 Thoughts on “The History of Car Batteries” 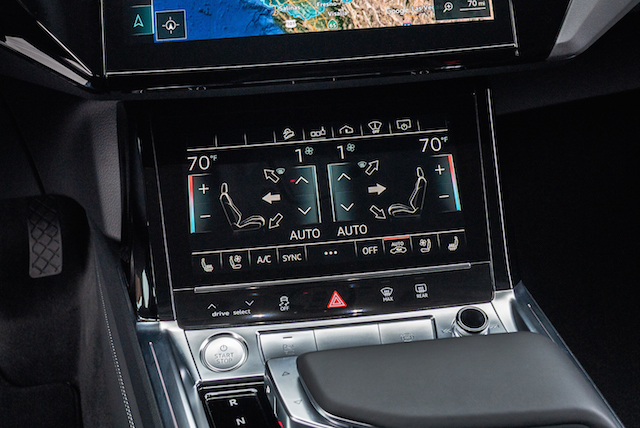