New York Overtakes Los Angeles as City With the Most Traffic

New York City drivers spent an average of 56 hours in traffic in 2020, the most in the country. Boston was second. 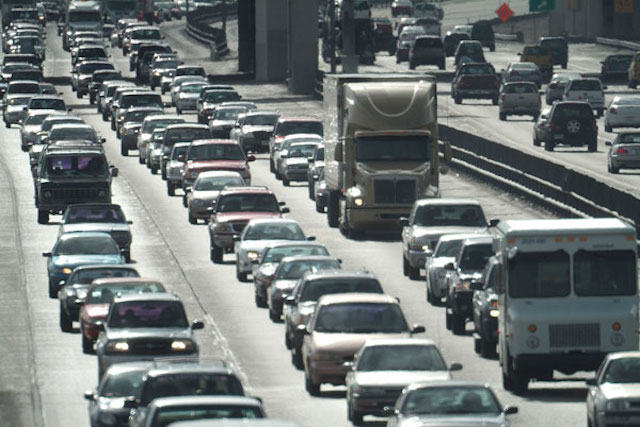 A new study by the Texas A&M Transportation Institute found New York City to have the worst traffic of any city in the United States. While this likely comes as little surprise to Northeast drivers, it marks a historic end for Los Angeles’ reign as the king of snarling roadways. For nearly three decades, the annual Urban Mobility Report listed the West coast city atop its traffic rankings.

The results were based on the total amount of hours drivers were delayed in 2020. Motorists in the New York-Newark region spent nearly 500,000 hours stuck in traffic, compared to the roughly 365,000 hours those in the Los Angeles-Long Beach-Anaheim did.

The report also looked at the average time drivers spent in traffic, and again, New York reigned supreme. The average Big Apple motorist spent an average of 56 hours in traffic in 2020. Boston came in second with an average of 50 hours, followed by Houston, Los Angeles and San Francisco.

As high as these numbers are, they represent a sharp decrease from years past. Nationwide, traffic totals dropped to some of the lowest levels seen in the last 30 years. From 2019 to 2020, the average number of hours motorists spent in traffic in most major cities was cut in half. This, of course, was mostly the result of the COVID-19 pandemic forcing people to work from home. “Flexible work hours and reliable internet connections allow employees to choose work schedules that are beneficial for meeting family needs and the needs of their jobs,” report co-author David Schrank said. “And it also reduces the demand for roadway space, which is beneficial for the rest of us.”