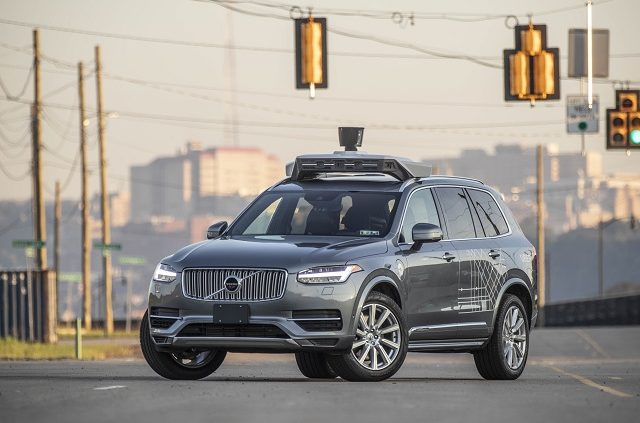 There may be no topic in the automotive industry more talked about these days than the future of self-driving cars. And rightfully so – in theory, they have the ability to revolutionize transportation. A widespread use of autonomous vehicles could have dramatic societal effects including the reduction of traffic fatalities (94% of which are caused by human error), a dramatic improvement in traffic flow and providing mobility to the elderly and disabled.

Although the public has yet to fully embrace the idea of riding in a car without a human driver, technology companies and car manufacturers have been operating with a full-steam-ahead mentality in getting these vehicles on the road. But where are we today and what does the future of autonomous vehicles hold?

To understand where self-driving car technology stands now and where it may get to in the future, we first need to establish what exactly makes a car autonomous. As defined by the Society of Automotive Engineers and adopted by the U.S. Department of Transportation, there are six levels of driving automation ranging from 0 (fully manual) to 5 (fully autonomous).

These cars are manually controlled without any automation.

The lowest level of automation is defined as a vehicle that features at least one driver-assistance system. An example of this is cruise control, which keeps a safe distance between you and the car ahead of you by using radars and/or cameras. A feature like this falls under the driver assistance umbrella and not automation because it still requires a human to control other aspects of driving, such as steering.

Level 2 consists of a vehicle that has combined automated functions, such as steering and acceleration. A common example is autopilot, which controls the speed of the car and can also detect lane markings to keep the car in the proper lane. This level still requires a driver that monitors the environment at all times.

The jump to level 3 is when we start to get to vehicles that are truly automated – meaning they can essentially make their own decisions. Level 3 cars have what are known as environmental detection capabilities. They take in information through a system of cameras and radars and can then perform most driving tasks. Human drivers are still required and must be ready to take control of the car.

Level 4 vehicles are able to perform all driving functions but only in certain conditions. These cars are usually unable to operate autonomously in un-mapped areas or in severe weather conditions.

These vehicles will be able to perform all driving tasks under all conditions.

The Current State of Self-Driving Cars

The technology behind autonomous vehicles has come a long way in short amount of time. Level 2 and 3 autonomy are becoming widely available in cars today. Tesla’s Autopilot and Cadillac’s Super Cruise are considered two leaders of such technology.

As of March 2019, the National Highway Transportation Safety Administration has identified on-road testing and development in 34 States and the District of Columbia. Here, the use of autonomous vehicles is in contained neighborhoods and communities, such as small cities, college campuses and around transportation hubs. These locations are ideal for self-driving vehicles because the cars would be able to follow a short, predefined route. There is also a greater need of transporting a large amount of people as quickly and safely as possible. May Mobility, Optimus Ride and Argo AI are just a few of the numerous companies involved in these spaces. Other industries currently employing AVs include senior citizen facilities and food and package delivery companies.

The most notable players in self-driving cars, however, may be ride sharing services. Lyft has partnered with Google parent company Alphabet’s self-driving car unit Waymo to offer self-driving rides in Phoenix. But according to its website, “Drivers will still operate the majority of our rides for the foreseeable future. And we don’t believe there will ever be a time when we have fewer drivers on the road than we do today.”

Uber currently has self-driving cars on the road in Dallas, Pittsburgh, San Francisco and Toronto. However, they only operate within city limits, during daylight hours, in fair weather and with two human “mission specialists.”

Although many major manufacturers have invested heavily in autonomous vehicles, don’t expect to find self-driving cars at the dealership any time soon. According to the University of Michigan’s Center for Sustainable Systems, the majority of industry experts predict level 4 AVs to be available around 2030.

There are a host of technological, safety and legislative hurdles that still need to be cleared. Currently, there are no national standards or guidelines for self-driving cars. Additionally, new concerns have been raised recently over cyber security. It has been found that autonomous vehicles can be susceptible to malicious software. A bipartisan effort to pass federal cybersecurity standards, known as the AV START Act, failed in Congress last year and the legislation remains stalled.

So, while self-driving technology has progressed significantly of late, it’s a very real possibility that we will never see level 5, fully automated cars. Most of the major companies in the field are only looking to reach Level 4 automation. And just last year, Waymo CEO John Krafcik admitted that autonomous vehicles won’t ever be able to drive in all conditions, stating that “autonomy always will have some constraints.”

How do you feel about self-driving cars on the road? Concerned? Excited? Let us know in the comments below.