Why Are Popular Car Colors So Boring? A Brief History of Car Paint 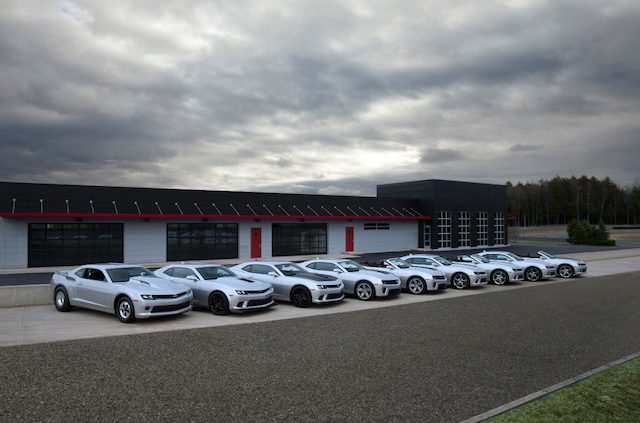 Car colors have historically been dictated by current events, the national mood, technology and cultural influences, resulting in decades of brilliant shades. More recent times, however, have seen muted tones become the most popular car colors.

A look back in history shows us how we got to the common car colors we have today.

The History of Car Paint Begins

“Any customer can have a car painted any color that he wants so long as it is black.” —Henry Ford

Automobiles in the late 1800s and early 1900s were essentially motorized carriages, and so they were painted just like their transportation predecessors. This meant using oil-based paint applied by hand. Most cars were painted black because the color was durable, cheap and dried quickly.

But there were problems with both the color and the application of early car paint. Even though it provided a luxurious, brilliant finish, painting a car took weeks to complete. In addition, the black paint would often fade or yellow. Since the paint had no binding agent, when discoloration occurred, the car had to be repainted, which cost money.

Despite Henry Ford’s famous words, not all Model Ts were painted black. In fact, from 1908 to 1914, the car came in several different colors. But when Ford implemented the assembly line manufacturing process, he needed a paint that dried quickly, thus the switch to black. 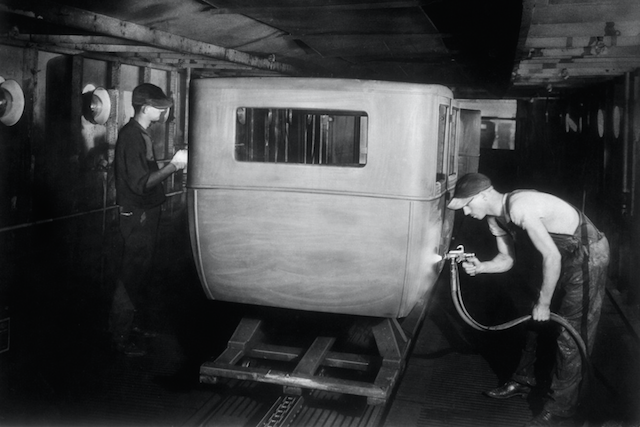 A major milestone in the evolution of car paint history occurred in the 1920s when the DuPont company developed a new type of automotive coating. DuPont scientists modified nitrocellulose, a substance used to make explosives and motion picture film, to create a low-viscosity lacquer that could be sprayed onto automobiles. This new paint, dubbed Duco, had numerous benefits over previous versions of car paint.

General Motors was the first manufacturer to adopt Duco (at the time, GM and DuPont were under the same leadership). GM’s Oakland Motor Car Company painted its cars with two different shades of blue and a red or orange racing stripe, and debuted them at the 1923 New York Auto Show. The colors were an immediate hit with the public and by the mid-1920s all GM divisions were using Duco.

Car Color in the Roaring ’20s

The economic boom of the 1920s saw the rise of automobile ownership, which invited a broader spectrum of car colors and a variety in shades. Although the Great Depression reduced the abundance of colorful vehicles, it didn’t deter the evolution of car paint.

In the 1930s, newly created metallic paint gave vehicles an improved sheen. (Automobiles were also becoming less box-like, and the new paint helped enhance the curved forms.) Metallic paint was first made using real fish scales. It took 40,000 herring to make one kilo of paint, according to Consumer Reports. Less expensive versions of the paint used aluminum flakes instead.

The end of World War II saw a boom in consumption and style, with automobiles at the forefront. By this time nearly all the large automakers had color advisory panels that surveyed consumers’ tastes and studied color trends in fashion and culture. Cars became flashier with features like tail fins, curved windshields and, of course, bright colors. In addition to the copious amounts of chrome, automobiles were painted in all shades of the rainbow. Two-tone arrangements, where a car’s body and roof were painted different colors, also became popular.

The color trend continued well into the 1960s with the emergence of muscle cars. These cars have always been more about performance than pragmatism, lending themselves as better canvases for brightly colored paints.

The color trend came to a quick halt during the fuel shortage of the 1970s. During this time, car owners became more concerned with fuel efficiency and car color took a back seat. Earth tones like brown, tan and dark green became popular.

What Is the Most Popular Car Color Today?

German automaker Volkswagen recently described the current color situation on United States’ roadways: “If you drove down an American street and looked only at the new vehicles, you might be forgiven for thinking you’re in a black-and-white movie.”

No one can argue with the truth. A 2019 study by iSeeCars, which looked at 9.4 million vehicles ranging from 2014 to 2018 model years, found that 23.9% of the vehicles were white and 23.2% were black. Even more sobering if you’re a fan of colorful hues is that the next two most popular paint colors, at 15.5% and 14.5%, were gray and silver. This isn’t an anomaly: These have been the most common car colors for a decade.

Why Are Muted Tones the Most Popular Car Colors?

It wasn’t too long ago, from the 1950s through the 1970s, when U.S. roadways were filled with automobiles of all shades of the color spectrum. So why the change? “Color is always shifting, and our color perception is always evolving depending on what we see, what we observe and what we live with,” said Volkswagen Senior Color and Trim Designer Jung Lim “Limmy” Park. “Color preferences really reflect the unique social and cultural trends and even geography [of a region].”

There are a number of social and cultural theories as to the prevalence of more somber car colors in America. We are currently living through the second significant recession in about a decade. During times of economic uncertainty people tend to be conservative with their money. And while a different color on your car may not increase its cost, the mindset of keeping things simple and avoiding anything flashy has been known to carry over. A similar trend occurred following the Great Depression nearly a century ago.

As for cultural influences, there are some that suggest our car color choices are defined by our obsession with technology. Apple is the world’s most valuable company and its muted-color logo is recognized around the world. “Prior to Apple, white was associated with things like refrigerators or the tiles in your bathroom,” Sandy McGill, chief designer for BMW DesignWorks told Motoramic.com. “Apple made white valuable.” 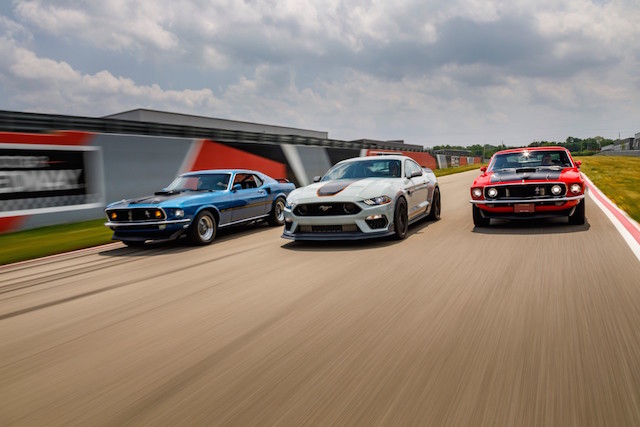 There’s also always been a belief that certain colors are right for certain cars. Pickup trucks are more utilitarian and don’t need a neon coating. Luxury sports car, meanwhile, are made to get people’s attention and are likely a more acceptable place for a bright-yellow coat of paint.

But sports cars haven’t been immune to the colorless trend. The Ford Mustang is a perfect example. In 1967, the muscle car was available nine shades of blue and two shades of pink. In the 1970s, brown was consistently among the top three most popular Mustang colors, but hasn’t been offered since 2000. Black, on the other hand, didn’t break into the top three until 1994 but has remained there ever since.

What Will Be the Most Popular Car Colors Moving Forward?

No one can predict the future, but we do know that trends change. As long the demand for new colors is there, the supply will come with it.

There’s another reason to be hopeful for more vivid roadways. We view so much of our lives through the sharp, brightly colored images on our electric devices that it wouldn’t be surprising to see other shades pop up on cars in the near future. “We are all so impacted by our digital life through the pandemic, and the colors you mainly see are [on] your screen more than actual physical objects,” said Volkswagen’s Park. “The future is getting colorful, for sure.”

What color is your car? What colors would you like to see brought back? Let us know in the comments below!

If you want to try cars in all the colors of the rainbow, you can use your AAA membership to get a discount on Hertz car rentals.