Everything You Need to Know About Window Tint Laws

How dark your window are allowed to be depends on what state you're driving in. But even then, window tint laws can be confusing. 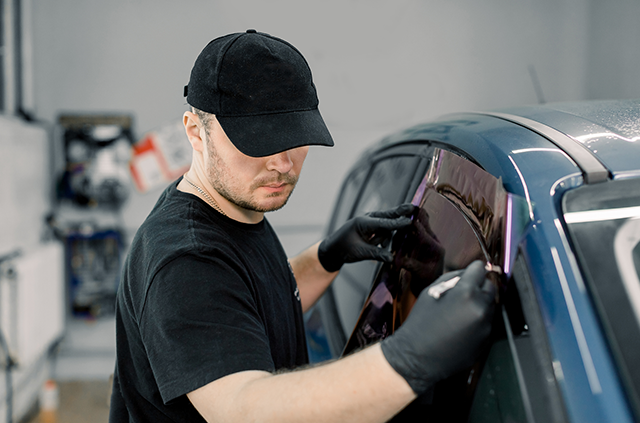 You may not have realized it, but your car windows are most likely tinted – just about all cars roll off the assembly line with glass featuring some level of tint. Tinting has several benefits, but darker windows also create safety hazards. Because of this, window tint laws exist in every state.

There’s often a great deal of confusion over window tint regulations, primarily because they differ throughout the country. Some states allow for much darker windows than others. It’s important to brush up on these laws, especially if you’re considering adding additional tint to your car’s windows.

What Are Window Tints?

Window tints are thin, dark sheets of film applied to a car’s glass to help keep light out of the cabin. Most new cars come standard with some level of window tinting but aftermarket window tints are available as well.

Tinting serves several purposes. Most notably, it protects against the sun’s harmful UVA rays, which cause skin cancer as well as damage and fading to the vehicle’s interior. Window tints also help keep the cabin temperature cooler, cut down on glare from the sun and headlights, and provide car owners with a level of privacy and security. Some people simply like the way they look.

But with all these benefits comes one major drawback: visibility. The darkness of window tints makes them more difficult to see through, particularly at night, creating a safety hazard.

Laws regulating window tinting in passenger cars are found in every state. These statutes dictate how much light is able to pass through the glass, a measurement known as visible light transmission percentage. The darker the window tint, the lower the percentage. VLT is usually checked as part of your vehicle’s annual state inspection.

Nowhere in the country are windshields allowed to be tinted except along the top of the glass pane. How far down the tinting is permitted to extend also varies by state.

Window tint laws can be complicated. For example, Michigan allows any percentage of tinting but only on the top 4 inches of the window. Some states allow tints to include metallic or mirrored elements, but many states ban such products. Further muddling the issue is the fact many states have different tinting laws for sedans than they do for trucks, minivans and SUVs.

It’s best to consult your state’s department of motor vehicles to know the window tint legal limit and what is and isn’t allowed.

Most states allow exemptions to window tints laws for people with medical conditions causing severe light sensitivity. Such conditions include albinism, dermatitis, dermatomyositis lupus, porphyria and drug photosensitivity, among others. If you require a window tint medical exemption, you can apply for one through your state’s department of motor vehicles.

Are Window Tint Laws Applicable if You’re Traveling Through Another State?

When in another state, you’re subject to that state’s laws, including those dictating window tinting. Some states provide exemptions to their tint laws to those just passing through, but many do not. In the latter case, you could be subject to a citation if your windows are too dark. That said, if you explain that you’re only visiting and your windows are in compliance in your home state, you may be able to get off without a ticket.

Have a question about car tinting? Post it in the comments below!

For more news and notes on all things automotive, head to AAA.com/CarsTrucks.