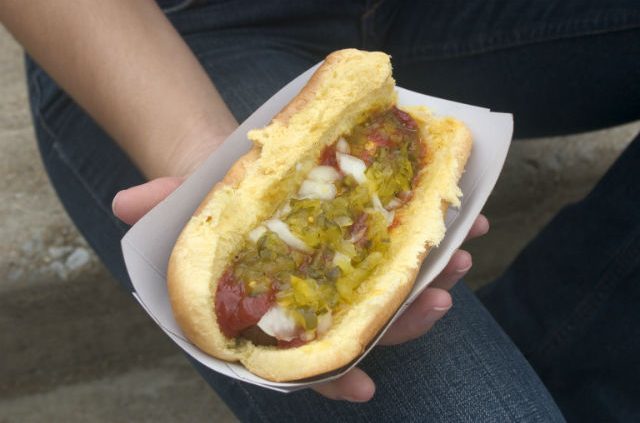 There’s nothing that says American summer like a day at the ballpark, stadium hot dogs in hand, chanting songs like “Take Me Out to the Ball Game” and cheering on your favorite team.

Let me tell you a story about my first exposure to the extraordinary power of sports. In New England, 2004 was the most epic year of baseball.

It was the year the Boston Red Sox beat the New York Yankees in game seven of the American League Championship Series and would go on to win the World Series for the first time in 86 years, lifting the curse of the Bambino, forever shutting down the “1918” chant and bringing tears to the eyes of many a grown man.

It was as though for a few days, everything stopped and nothing was more important than baseball, a phenomenon that wasn’t about baseball, per se, but about loyalty, pride and tradition, because despite their incredibly long losing streak, true Red Sox fans never strayed from supporting the team and when they began to win, a wave of optimism, hope and unity spread over the region faster than Johnny Damon’s grand slam flew out of the park.

This sort of dedication isn’t exclusive to Red Sox fans; it’s an apparent trait exhibited by fans of teams across the country. Baseball fans are as diverse as they are loyal, and, if you’re paying a visit to their ball parks, you’ll find that so are each team’s signature stadium hot dogs. From the traditionally favorite Nathan’s Famous  hot dogs served at both Citi Field and Yankee Stadium to locally-inspired creations like the crab mac n’ cheese dog served in Baltimore’s Camden Yards (where just about everything comes with crab), ball park hot dogs are as original as the fans of their respective teams.

Check out our infographic of some of the most iconic stadium hot dog creations you can find in stadiums across the country.

Share your favorite baseball stadium hot dog with us in the comments!

For helpful tips and recommendations on things to see, do and eat in and around all three Northeast Major League Baseball stadiums, head over to our full Northeast Baseball Guide at AAA.com/Baseball.