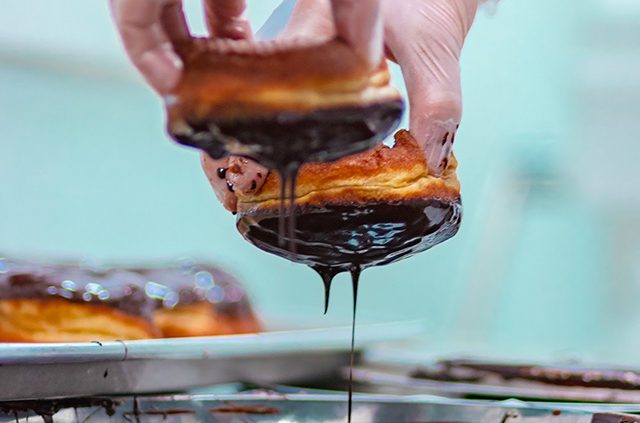 There are a lot of places around the country that you could call “donut obsessed,” but here in the Northeast, we have verifiable evidence. According to a study by BestPlaces, eight of the country’s top (i.e. most abundant) donut cities are in New England and New York. While we have unquestionable proof that we do, in fact, run on Dunkin’, we still love to support the little guys. Here are some of the best independent Northeast donut shops.

Knead gets top marks, not only because their donuts are insanely delicious – the brown butter pecan and peanut butter and jelly-filled are among the best – but because they’re also available fresh from their “Night Cruller” window on summer Friday evenings at their location on Providence’s West Side. The donut shop also has Downtown and East Side locations in the city.

We can’t talk about late-night donuts without mentioning Back Door Donuts, the legendary donut shop on Martha’s Vineyard. During the day it’s all business at The Front Bakery Café, but at night it’s a party in the back where people line up by the hundreds at the purple door for hot and fresh donuts. Don’t, under any circumstances, skip the big-as-your-face apple fritters. Open seasonally from April through October.

Blackbird doughnuts has grown to four Boston locations for a reason. They’re really that good. In addition to the classics, they serve up creative flavors like Everything Bagel, a brioche donut filled with whipped cream cheese and topped with toasted garlic, onion, poppy seeds and sesame seeds. Seasonal flavors include Jalapeno Popper Fritters and BBQ Butterscotch. 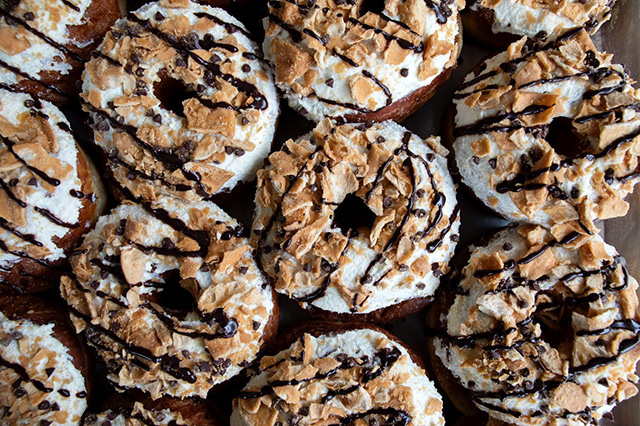 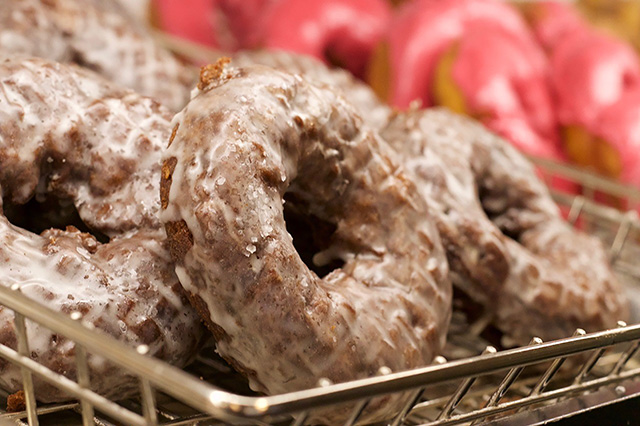 Did we make you hungry? Use your AAA discount to get $25 restaurant certificates for only $7 on Restaurant.com.