The Best Pies for Your Fall Table 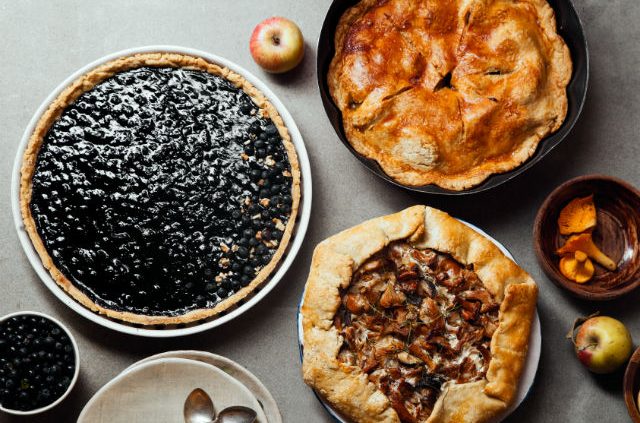 There’s no better dessert that defines the fall season like a fresh pie. Thanksgiving certainly wouldn’t be the same without a slice of pumpkin pie topped with a swirling whipped cream peak. And what better way to use up all those orchard apples that you just picked than to bake a fragrant apple pie, piled high with apple-cinnamon goodness? This season, treat yourself and let someone else do the baking for you. Here’s where to find the best pies for your table this fall.

You don’t want to miss out on the award-winning fruity and savory creations that Michele’s Pies is dishing out. Their pies have won nearly 30 National Pie Championships. Try the Thanksgiving pumpkin pie, (even Food Network Chef Bobby Flay testifies to its greatness), or if you feel adventurous this season, have a slice of chocolate pecan bourbon.

The hi-top apple pie at Lyman’s Orchards could give your grandma’s recipe a run for its money. Lyman Orchards has been perfecting their pies for eight generations. Jam-packed with more than two pounds of apples, it was voted Best Pie by Connecticut Magazine in the Farm/Orchard category.

Petsi Pies has been rolling out some of the best pies in the state since 2003, continually receive raving reviews. Go for a classic fall favorite like the seasonal sweet potato pie or get a taste of the Florida Keys with a piece of key lime pie. Everything is baked fresh daily.

Stop into the Florence Pie Bar to relax, grab a cup of coffee and nibble on a slice of their famous pie, be it sweet or savory, nutty or fruity and everything in between. You can bet that any of their seasonal pies will be a hit at your table, with favorites like coconut cream or salted chocolate and inventive takes on old classics like apple with apple cider caramel.

Harvey’s Bakery and Coffee Shop has been mastering their baking skills for more than 80 years. Their freshly baked pies, bread and pastries have become a Dover favorite over the decades. Try their savory pork pie.

Black Forest Cafe and Bakery has a motto: “From scratch. by hand. since 1988.” This philosophy rings true in everything they make, including their pies. They sell 9-inch pies for sharing and 6-inch “cutie pies” for spur-of-the-moment snacking. Have a slice of traditional Dutch apple or chocolate cream with coffee whipped cream. 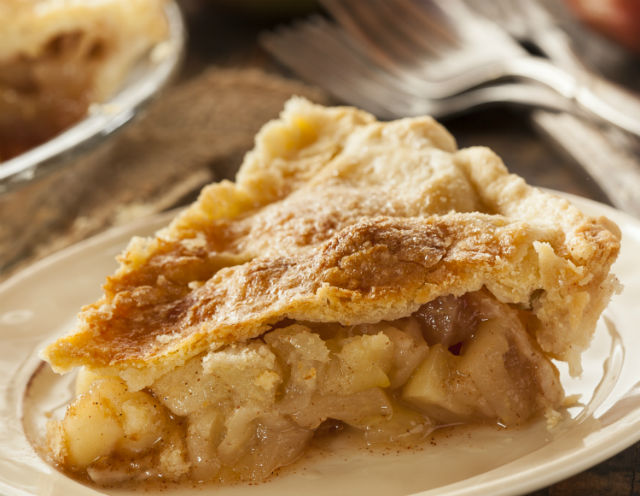 The Brits are famous for their savory pies, and The Pie Store serves up these treats from across the pond daily. Their steak, ale and mushroom pies and the turkey and stuffing pies are crowd favorites. If you’re craving something sweet, the locals rave about the key lime pie and the banoffee pie, filled with toffee and bananas and piled high with whipped cream and chocolate flake.

This bakery does it all, from pies to mousse to the cheesecakes that put them on the map. Mara’s Cafe and Bakery dishes out the traditional fruit pies like apple, cherry and blueberry, but their nut flavors are also big hits and some of the best pies around. Take home a pecan pie made with pure bourbon vanilla, or a three-nut cranberry pie with almonds, pecans and walnuts. And even the pickiest of eaters won’t turn away from a slice of chocolate chip cookie pie.

The Elsen sisters, Melissa and Emily, learned the art of making pie from the best: their grandmother. Four & Twenty Blackbirds uses locally sourced ingredients in all of their pies. Their flavors rotate throughout the year, but if you’re passing through their neck of the woods, pick up a piece of salty honey pie, a custard pie laced with honey flavor with a sprinkle of flaked salt.

Monica Schenk, owner of Monica’s Pies, learned how to make the Naples signature grape pie in 1983. Now, she is affectionately considered the Grape Pie Queen. She makes a variety of fruit, nut and cream pies that never disappoint. Her customers also love her chicken pot pie, loaded with chicken and vegetables.

This 20-year old bakery started out baking artisan breads and gradually expanded its repertoire to include pastries, coffee and breakfast and lunch options. Provencal Bakery whips up delicious pies on call, from apple to chocolate cream to pecan with a hint of maple syrup. Try the traditional ricotta pie with a shortbread crust.

At Wright’s Dairy Farm, you’ll find rustic comfort in each of their handcrafted pies. The bakery sells the traditional pies that everyone loves, including cream and custard pies made with milk and cream from their very own dairy cows. Take home a slice of strawberry rhubarb, coconut custard or apple cream. Don’t forget to wash it down with a glass of farm fresh milk.

Have you tried any of these pies? Where have you been that makes the best pies? Share in the comments below!

Want to save money on your next adventure? Book a trip for a great price with AAA.