The Scoop on Different Types of Clam Chowder

How many types of clam chowder are there, and how are they different? The answer is more complicated than it seems. 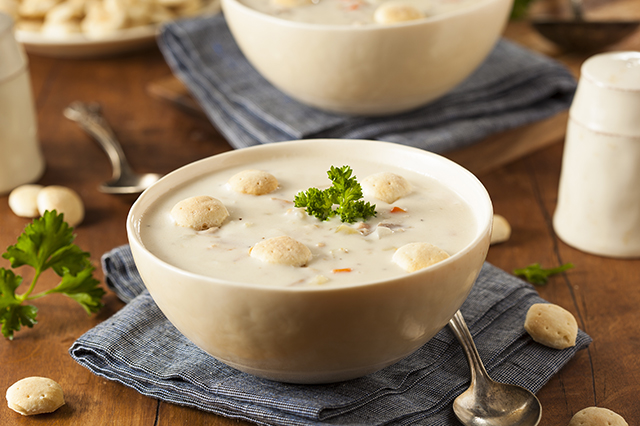 Lucky for us, there are many types of clam chowder to choose from here in the Northeast, from a rich, creamy bowl of New England clam chowder to a hearty, red-colored concoction often known as Manhattan clam chowder.

But just how many types of clam chowder are there, and how are they different? I went on a investigative journey, and what I found was that the answer is much, much more complicated than it seems.

Can’t get enough clams? We have all your favorite clam recipes here.

I started by consulting the world’s leading authority on words, Mr. Webster, who defines “chowder as a soup or stew of seafood (as clams or fish) usually made with milk or tomatoes, salt pork, onions and other vegetables (as potatoes).” This seemed broad, yet simple enough. But, how do clam chowder types gain local characteristics? Why is New England stereotypically creamy, while Rhode Island clear, and so on? What contributes to the creation of many types of clam chowder?

I found out that this discrepancy wasn’t a new thing. Chowder is a historically evolving dish, having been served in the Northeast recorded back into the 1700s.  While the different types of clam chowder often blend, intersect and influence each other, each region often vehemently maintains that their version is the correct one and the most delicious. Whether or not the soup actually hails from that region is another story.

In fact, chef Louis P. De Gouy, author of the 1949 “The Soup Book,” noted, “Clam chowder is one of those subjects, like politics and religion, that can never be discussed lightly. Bring it up even incidentally, and all the innumerable factions of the clambake regions raise their heads and begin to yammer.”

But culinary political correctness aside, I think everyone can agree on one thing: they’re all delicious! Read on to find out about each area’s classic chowder and for some great recipes.  Enjoy!

This clam chowder is markedly different from other types of clam chowder. It’s distinguished by the presence of a thick dairy base that gives the soup a creamy white color and a hearty texture. According to “The Yankee Cookbook,” the recipe calls for salt pork, onions, potatoes, milk and butter – and of course, clams. Although individual recipes vary, the distinguishing milk or cream element is omnipresent.

The soup generally doesn’t contain any vegetables other than onions and potatoes, also a differentiating characteristics from other types of clam chowder. It’s most commonly served in the northern New England states.

Rhode Island clam chowder is classically known for its absence of milk or cream. But, as it turns out, this individual characteristic setting it apart from other types of clam chowder isn’t as clear as it may seem.

Some Rhode Island chowders are made in the same style as New England chowder. They simply omit the dairy product, resulting in a clear soup. Others are red. This is due to the addition of stewed tomatoes, an element attributed to the abundance of Portuguese settlers. The Yankee Cookbook weighs in on just how intense – and confusing – the controversy can get:

“The raging clam chowder controversy that has continued almost uninterruptedly in New England for generations centers on the use of tomatoes as an ingredient in its preparation. Rhode Island and Connecticut housewives uphold the tomato. The rest of New England scorn it. A Maine politician claims the addition of the tomato to clam chowder is the ‘work of the reds’ who seek to undermine ‘our most hallowed tradition,’ and suggests that all housewives and chefs adding tomato be forced to ‘dig a barrel of clams at high tide’ as a penalty.”

Regardless, one important thing about Rhode Island chowder remains the same: the use of quahogs. What are quahogs, you ask? Why, they are none other than Rhode Island’s official state shell. As a Rhode Islander, I can tell you, they’re kind of a big deal around here. Plentiful in the Rhode Island and nearby Cape Cod areas, the clams are easily harvested at low tide. They are definitely the key ingredient in any delicious Rhode Island chowder.

It seems that south of New England, the hostility surrounding the clam chowder controversy eases up a little. Everyone seems to be OK with tomatoes in their chowder, as they serve as defining characteristics of the Manhattan variety. The tomatoes are used instead of milk or cream. And oftentimes more vegetables, such as peppers, celery and carrots, are added to the recipe without protest.

The result is a tasty, vegetable-style, hearty soup enjoyed by many, both in New York City and beyond. There is little evidence linking the recipe to Manhattan, though.

Like other types of clam chowder, however, the emergence of this variety didn’t go off without a hitch. It even downright angered many traditionalists, including Eleanor Early, a mid-1900s food writer, who passionately stated, “Some people make a vegetable soup with a [clam] drawn through it and have the audacity to call it clam chowder.” She adds, “Tomatoes and clams have no more affinity than ice cream and horseradish.”

As if things weren’t confusing enough, this type of clam chowder is emerging as a popular blend. It combines two types of clam chowder: New England and Manhattan.

The result is a creamy, tomato-based clam chowder that’s served all over the country. It’s also named for the obvious pun, Long Island being between New England and Manhattan. The half-and-half variety is catching on in restaurants, thanks to patron requests. Perhaps the best place to try the mixture is Popei’s Clam Bar on Long Island. After all, it claims to have invented the concoction.

So what is the real and the best of all the clam chowder types? Well, that all depends on what you’re looking for and if you’re willing to be flexible.

“By insisting that only a certain type of clam, fish, dairy product or vegetables makes the ‘true’ or ‘best’ chowder, the same people who carry on the legacy of chowder have also limited its scope. The reality is that cooks have improvised chowders continuously for about 300 years, and there was never one true chowder.

“All the rivalry, history and speculation are good fun,” he said, “but what really matters is what’s in the pot.”

Looking for some clam chowder near you? AAA members can save on gift certificates for thousands of restaurants at Restaurant.com. Learn more.

What’s your favorite type or types of clam chowder? Tell us in the comments!

47 Thoughts on “The Scoop on Different Types of Clam Chowder” 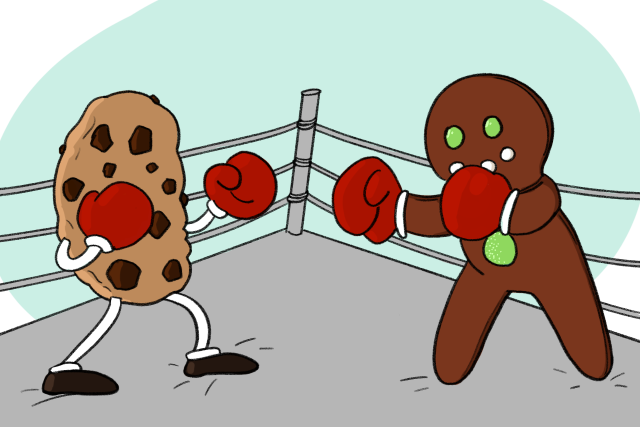 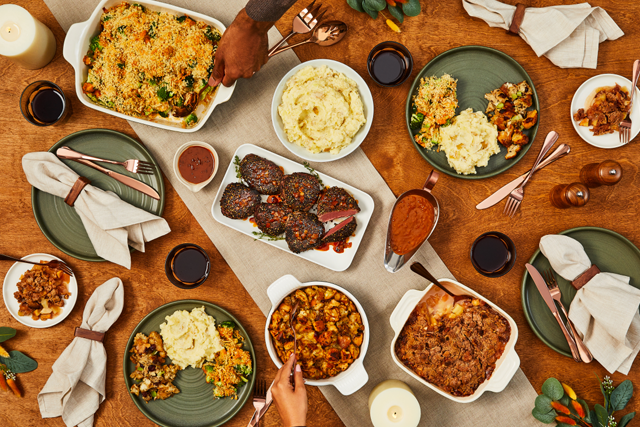 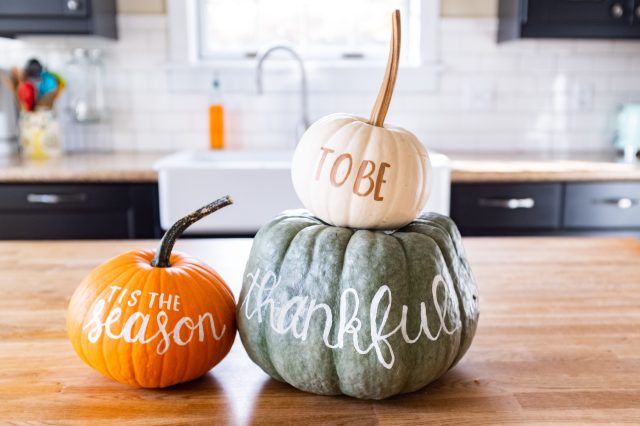