Here's what's coming back when Broadways returns this fall, and what the audience needs to know. 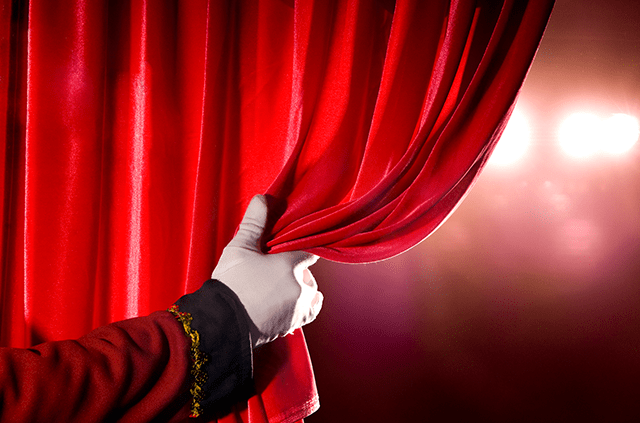 The pandemic has hit many industries hard, and live theater has been no exception. Broadway has been on hiatus ever since last March, but the curtain is finally rising once more in fall 2021. Here’s how different shows are planning their long-awaited comebacks when Broadway returns – and what they’re going to require from the audience.

What Shows Are Coming Back?

While “Springsteen on Broadway” returned in June and previews for the play “Pass Over” began in August, most Broadway shows plan to officially reopen in the fall.

“Hadestown,” a musical retelling of the myth of Orpheus and Eurydice, and “Waitress,” starring Sara Bareilles, both reopen on Sept. 2, almost two weeks before the Sept. 14 opening that some of Broadway’s most powerful shows have decided on. “Hamilton,” “Wicked,” “The Lion King” and “Chicago” will all make their comebacks together on Sept. 14.

“Six,” a pop musical about the wives of Henry VIII, was originally supposed to open on March 12, 2020, the very night that Broadway shut down. Its new opening night is now Oct. 3, and it’s sure to be a big celebration. Other notable returns include “Come From Away,” on Sept. 21, “To Kill a Mockingbird” on Oct. 3, “The Phantom of the Opera” on Oct. 22 and “Dear Evan Hansen” on Dec. 11. The long-awaited revival of “The Music Man” starring Hugh Jackman and Sutton Foster will begin previews at the Winter Garden Theatre on Dec. 20 and officially open on Feb. 22, 2022.

Some shows have used the unexpected hiatus to their advantage. “The Book of Mormon,” which is set to return Nov. 5, is taking the opportunity to rewrite some dialogue and lyrics that many former and current cast members had concerns about. “Harry Potter and the Cursed Child,” which had originally been a two-part play, will return on Nov. 19 as a reimagined single-part production.

Some other shows, like “Frozen” and the controversial “West Side Story” revival, did not survive the pandemic hiatus and will not return in 2021.

What the Audience Needs to Know

Broadway houses are selling their tickets at 100% capacity, and most reopening nights are already sold out – so every single seat will be filled, with no social distancing. To make sure that everyone stays safe, all audience members will have to wear masks and be vaccinated, and Broadway isn’t going by the honor system. Theater-goers will have to show proof that they are fully vaccinated by an FDA or WHO authorized vaccine when they enter theaters until further notice. The Broadway League expects the practice to last until at least late October. Those who cannot get vaccinated, like children or people with medical conditions, may produce a negative COVID-19 test instead. Ticket holders will be notified of this new policy so that they’re prepared when they arrive.

The audience isn’t the only group that needs to be vaccinated. Actors’ Equity Association is now requiring all cast and crew members to be vaccinated as well. Those who cannot be vaccinated, like cast members under age 12, must continue to wear masks and undergo COVID-19 testing twice a week. Shows with child actors include “The Music Man,” “The Lion King,” and “Mrs. Doubtfire” – though it’s unclear how many of those children are under 12.

The show must go on, and if you’re ready to return to Broadway, you can save on some of the top Broadway shows at AAA.com/Tickets. While you’re there, you can also grab exclusive tickets and savings to other attractions in New York City and beyond.

It’s about time Broadway made its grand return, and its new safety protocols will help keep theatre lovers on both sides of the curtain safe while they enjoy their favorite plays and musicals once more.

Whether you’ve got the Broadway bug or want to try another live attraction, remember to save with AAA Tickets. Get savings of up to 40% at live shows, theme parks, virtual events, museums, attractions and more. Go to AAA.com/Tickets for exclusive tickets and savings.

Do you have a favorite Broadway show? Are you planning on going back this fall? Let us know in the comments below!

7 Thoughts on “Broadway Returns This Fall”