Are automatic brakes reliable? Do self-parking features work? AAA takes a closer look at the technology behind self-driving cars. 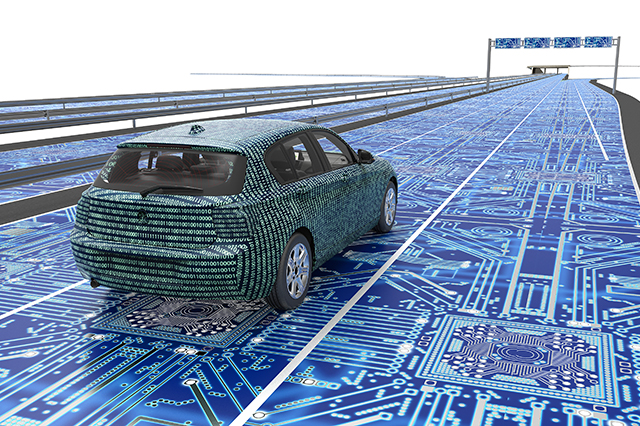 Like it or not, the technology behind self-driving cars has already changed the world.

Right now, someone’s car is parking itself or stopping short of a car crash while an inattentive driver fiddles with a cellphone. A lucky few are running multi-billion dollar companies on the brink of making autonomous – aka self-driving – cars available to the masses.

There are high hopes for these technologies, even though 8 in 10 drivers surveyed by AAA say they are “afraid” to ride in a car without a human at the helm. Safety groups like AAA believe the technology behind self-driving cars could dramatically reduce the number of roadway deaths, which are predominantly caused by driver error and bad choices like driving while impaired.

“Every year, approximately 35,000 people die on America’s roadways, most as a result of human error,” said John Paul, AAA’s Car Doctor and senior manager of traffic safety for AAA Northeast. “Connected and automated vehicle technologies have the potential to dramatically reduce this number, and automakers, government agencies and safety organizations like AAA must continue working together to ensure these new vehicles are safely tested and deployed.”

Of course, AAA isn’t just sitting around while automakers aim to outshine the competition with the latest and greatest self-driving car tech. No, the motor club has spent years testing the driver assistance technologies that move them, advocating for strong safety standards, consistency, efficiency and convenience for those who will use the features now and in the future. Here’s a look at a few of the studies AAA has been working on to help everyone understand the technology behind self-driving cars.

The technology behind self-driving cars

By 2022, automatic emergency braking will be a standard feature in nearly all vehicles in the U.S.

There are two types of automatic emergency braking systems: those designed to prevent crashes and others that aim to make a crash less severe.

In the past year, AAA conducted tests on these systems in popular models like the 2016 Volvo XC90, Subaru Legacy, Lincoln MKX, Honda Civic and Volkswagen Passat.

Researchers tested how well each system stopped when approaching both a moving and nonmoving target.

It found that systems capable of preventing crashes reduced vehicle speeds by twice that of the systems designed to merely mitigate crash severity.

When the two test vehicles traveled within 30 mph of each other, even those designed to simply lessen crash severity avoided crashes 60 percent of the time.

While the systems are no match for an engaged driver, AAA recommends automatic emergency braking to drivers shopping for a new car, as long as they understand the limitations before pulling off the dealer lot.

In 2014, AAA studied adaptive cruise control, which adjusts a vehicle’s pace so it can maintain a preset speed, and brake to avoid a crash.

Researchers found the systems worked best when following a car more closely than the three-second rule AAA recommends. All vehicles had trouble tracking the vehicle ahead while navigating mild curves and some systems even warned that they might not recognize motorcycles, stopped vehicles or traffic cones.

While the warning was appreciated, AAA cautioned that many drivers don’t read their owner’s manuals and might not see that the systems aren’t always prepared to stop for obstacles in the road.

Somewhat ironically, a 2015 AAA survey found that drivers did not trust self-parking technology, even though the systems outperformed drivers with a backup camera in AAA tests.

AAA and the Automobile Club of Southern California’s Automotive Research Center tested self-parking systems in a variety of vehicles (a 2015 Lincoln MKC, a 2015 Mercedes-Benz ML400 4Matic, a 2015 Cadillac CTS-V Sport, a 2015 BMW i3 and a 2015 Jeep Cherokee Limited) and came to following conclusions:

One downside researchers found was the systems parked cars extremely close to the curb. AAA Driver Training recommends that drivers park 6 to 8 inches from the curb, but the systems AAA tested parked anywhere from a half-inch to 3 inches away. Parking that close to the curb increases your odds of sustaining sidewall or wheel damage, AAA said.

AAA performed test-track and on-road evaluations of both blind-spot monitoring and lane-departure warning systems and found the following:

Are you considering a car with autonomous or semi-autonomous features in the near future? Knowing the capabilities and limitations are a crucial part of maximizing their value and keeping you and your passengers safe. Let us know your thoughts and experiences with these technologies in the comments section below.