Fastest Growing Areas in the US 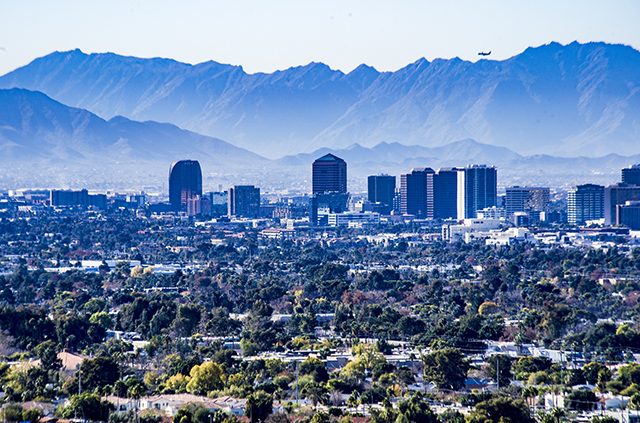 The Phoenix-Mesa-Scottsdale metropolitan area is one of the fastest-growing places in the U.S. in recent years.

Americans continue to move from the north to southern and western cities, trading chilly winters for the Sun Belt’s allure.

Whether it’s to follow or secure a job, be closer to family or save money, leaving the Midwest and Northeast is a trend that seems to be continuing, according to data released by the U.S. Census Bureau in April of 2019. These statistics reflect both domestic and international migrations.

“Counties with the largest numeric growth are all located in the South and West, with counties in Texas taking four out of the top 10 spots,” according to the U.S. Census Bureau.

From 2017 to 2018, the 10 counties with the most growth belong to Arizona, California, Florida, Illinois, New York and Texas.

Housing four of the top 10 counties in numeric growth isn’t Texas’s only feat. “By metropolitan area, Dallas-Fort Worth-Arlington, Texas, had the largest numeric growth with a gain of 131,767 (1.8%) in 2018,” according to the Bureau. Two other metropolitans in Texas also claim spots on this list.

It’s clear to see where people are moving, but trying to determine why can be a bit more difficult, due to the wide array of variables. Certain generalizations can be made, however, based on other statistics.

When looking at Texas, there are a number of factors that could be appealing to incoming citizens; the foremost is jobs.

Texas has an unemployment rate of 3.4% — that’s 0.3% lower than the country’s average of 3.7%. It may not sound significant, but Texas ties with five other states for the tenth lowest unemployment rate in the U.S., as of July 2019.

Texas is also home to several well-known cities growing in popularity, including Austin, Dallas, Houston and San Antonio. Additionally, tech companies and other corporations have been moving into the state, and people are flocking to where the jobs will be.

“Corporations such as Toyota, Frito-Lay and Pizza Hut have moved their headquarters to Plano, Frisco and other North Texas communities,” according to the U.S. News.

While Texas is south and west in relation to the northeast, traveling directly south leads to another popular state seeing an increase in citizenship.

Similar to Texas, Florida also has a lower unemployment rate compared to the rest of the U.S. With a rate of 3.3%, it’s 0.4% below the national average. Florida ties for the ninth lowest unemployment rate with five other states, beating Texas in this regard.

Florida’s appeal could also reside in its warmer temperatures, plethora of retirement communities, cities like Miami and Orlando as well as attractions like Walt Disney World Resort.

People wanting to move west and south isn’t a new phenomenon. Both Florida and Texas have been popular locales for movers over the past decade. “Phoenix [Ariz.], Seattle [Wash.], Austin [Texas] and Orlando [Fla.] all experienced numeric increases in population since 2010,” according to the Bureau.

When it comes to where the most Americans live, as of 2018, the New York metropolitan area is still the most populated, with almost 20 million people. However, western and southern cities take a majority of the remaining spots, reaffirming their growth — in popularity and citizenship. 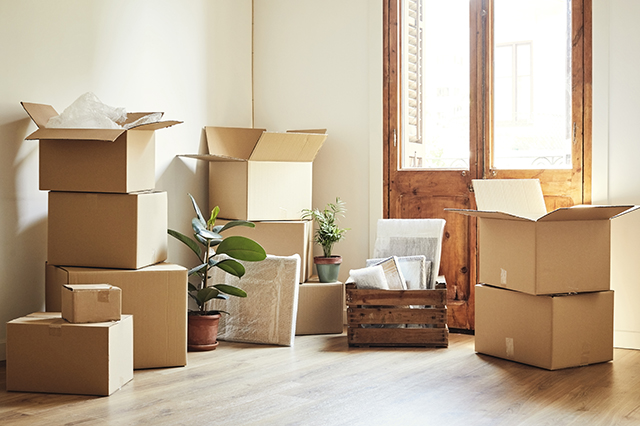 NYC was once an iconic location people migrated to. In recent years, however, people have been moving away from the Big Apple.

One likely reason for the exodus is the high cost of living, despite offering limited living space. In addition, fierce competition for jobs and overcrowding, leading to heavy traffic/congestion, could be other negatives.

Another fault could be New York’s unemployment rate, which sits at 4.0% — that’s 0.3% above the U.S. average. The state ties with two others for the tenth highest unemployment rate in the country. New York also houses the eighth and ninth coldest cities in the U.S.

Perhaps a better way to look at U.S. migration patterns is to ask why people are leaving the Northeast and Midwest, rather than why they are moving south and west.

While New Jersey and much of New England have lower-than-average unemployment rates, one drawback of the Northeastern could be the weather. Featuring four unique seasons, the Northeast has to deal with cold and messy winters that often result in poor road conditions. In fact, the Northeast is home to some of the worst roads in America.

Migration trends can be difficult to predict. So for now, we all just have to wait and see where movers are drawn to.

Looking to move after retirement? Consider these places.

Where do you think people should be moving? Tell us in the comments.