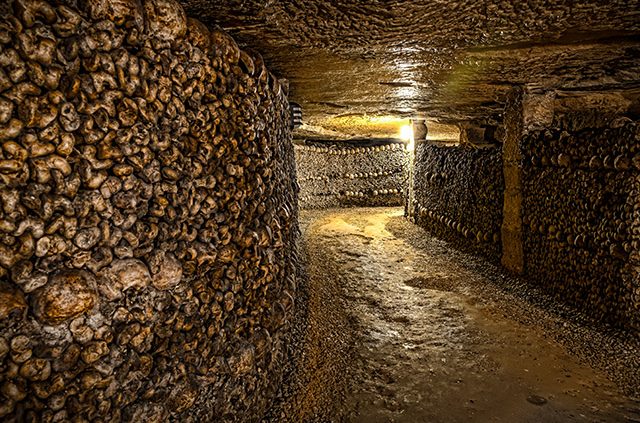 While America has a rich tradition of ghosts and ghouls, creepy tourist destinations can be found all around the world. Sometimes you don’t want to go to a botanical garden or a polished palace. Sometimes you want something a little bit spookier. Check out our list of creepy places to visit on your next international vacation!

Far beneath the city of Paris, under the sewers and the metro line, lies miles and miles of winding tunnels. Also, they’re filled with human bones. The Paris Catacombs are basically an ossuary (a room decorated with skeletal human remains) filled with bones from graves that were unearthed in the 1700s. In the 18th century, Parisians were afraid that the city’s graveyards would overflow and lead to the spread of disease. As a result of this, many graveyards were dug up and their contents sent far underground into old quarry tunnels. Talk about creepy places!

Now, the Paris Catacombs are lined by walls made of tibia and skulls (smaller bones are supposedly stored behind them). The catacombs are open for tours, but don’t stray too far from your tour group. It’s all too easy to get lost in this ghost city underground.

Chernobyl is the site of one of the world’s worst nuclear disasters. Ever since the disaster, an area of about 1,000 square miles has been declared uninhabitable due to the risk of radiation poisoning. Tours have been running through the exclusion zone for years, but since the success of the hit HBO miniseries (aptly titled “Chernobyl”) the Ukraine has announced plans to transform the exclusion zone into an official tourist attraction.

The most eerie place in the exclusion zone is the atomic city of Pripyat, which had been built by the USSR to house the power plant’s employees and their families. Pripyat was once an exceptionally plentiful city, with state-of-the-art schools, public gymnasiums and amusement parks. Now, it’s a ghost town. Pripyat is apocalyptic, empty and haunting. Nature has already started to reclaim the buildings and landmarks. It’s certainly a creepy place to visit and it’s enough to send a chill up anyone’s spine.

You’ve heard of the Dracula castle, but what about the home of a real-life vampire? Okay, Countess Elizabeth Bathory wasn’t actually a vampire, but she might as well have been. Cachtice Castle is the former home of Elizabeth Bathory, who in the early 1600s was accused of murdering over 600 young women. The legend was that she would bathe in the blood of her victims, but that has never been proven (or disproven, I guess). It is overwhelmingly likely that Elizabeth did commit some of these crimes, since she was never accused of witchcraft or sorcery – only murder. She also had help, as her servants were often used to lure young women to the castle.

When Elizabeth was put on trial, many of the servants who helped her were imprisoned or sentenced to death. Elizabeth herself was locked in a tower of her own castle, to live out the rest of her life in solitude. The castle was abandoned in 1708, and since then it has become a ruin. These ruins are open to the public, where you can walk in the footsteps of countless victims, their names lost to history. 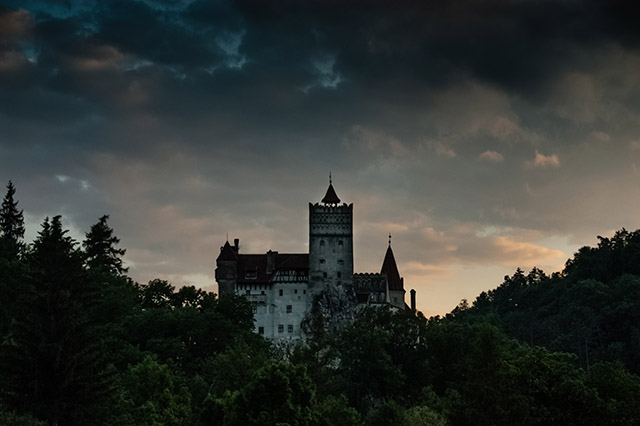 Okay, so…it’s the Dracula castle. That’s what makes it one of the creepiest places on earth.

Dracula is a made-up character, it’s true, but he was clearly inspired by historical figure Vlad the Impaler (and he was no walk in the park either). While Vlad the Impaler’s actual castle lies in ruins, the castle in Bram Stoker’s “Dracula” was heavily based on the nearby Bran Castle.

Vlad the Impaler was also imprisoned in Bran Castle for a time, which is why some people have claimed that his spirit still lingers there. Whether you believe in ghosts or not, the castle still makes for a great visit.

Part folk art and part horror show, Isla de las Muñecas (translation: Island of the Dolls) in Xochimilco is famous for the hundreds of dolls covering almost every surface. The tiny island was once home to Julian Santa Barrera, who started collecting the dolls after he discovered the body of a drowned child in a nearby canal. It has been said that he collected the dolls to ward off evil spirits, or to remember the child he had found.

Now, the only residents of Isla de las Muñecas are the dolls themselves; sitting at the water’s edge, hanging in the trees and watching every step you take.

The next time you’re on vacation, check out nearby haunted spots or spooky landmarks. You never know what you might find!

What’s the creepiest place you’ve ever been to? Let us know in the comments below!