Meet the Presidents (Literally and Figuratively) at These Historic Sites 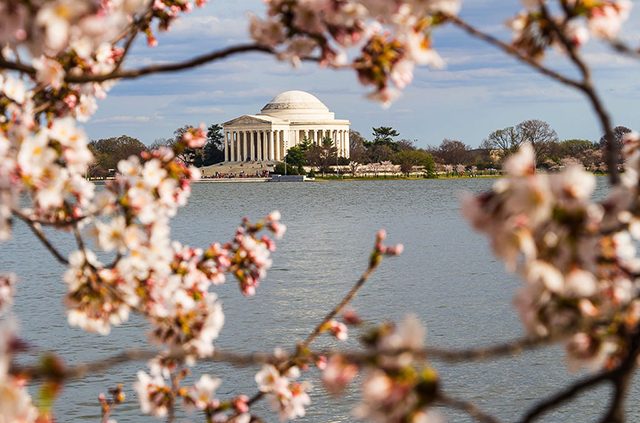 Having recently become an American citizen, I enjoy studying the history of the United States and visiting historic sites. So, here’s my list of the top five presidential sites to visit, where you can “meet” the presidents and learn the stories of our commanders in chief. 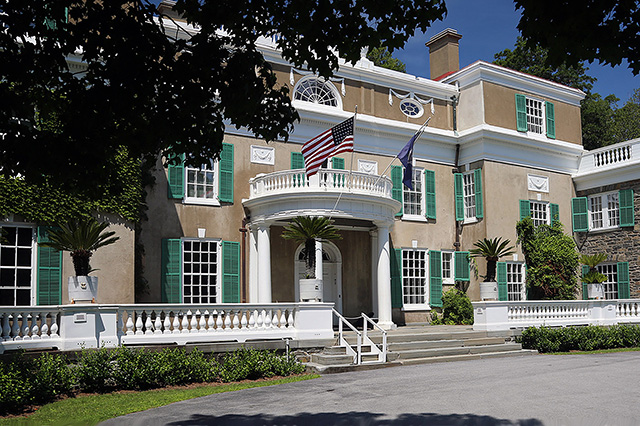 The Presidential Library and Museum, where FDR held his famous fireside chats, is located just down the road. It contains the desk Roosevelt used in the Oval Office, as well as books and official papers from the president and his wife.

Make sure to visit the Eleanor Roosevelt National Historical Site, Val-Kill. It’s the first historic site dedicated to a first lady. Eleanor stayed at Val-Kill throughout her husband’s presidency and lived there for 17 years after his death. It’s a 15-minute drive from the library.

Head to Oyster Bay to see Sagamore Hill, the former home of President Theodore Roosevelt. The 26th U.S. president lived here from 1885 until his death in 1919, and is buried at the nearby Youngs Memorial Cemetery. 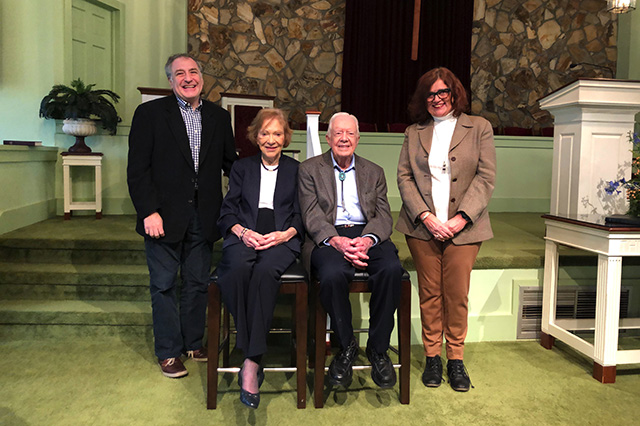 The author, right, meets with President Jimmy Carter and his wife, Rosalynn, at the Maranatha Baptist Church in Plains, Ga. (Photo: Liliane Opsomer)

At certain times of the year, President Jimmy Carter teaches Sunday school at the Maranatha Baptist Church in his hometown of Plains, GA. It’s a bit of a trip, and you must get up at the crack of dawn, but it’s worth the effort.

Sunday school starts at 10 a.m. But to get a chance to listen to and meet Carter, you should arrive at the church by 5:30 a.m. My traveling buddy and I arrived at 5:34 a.m. and quickly realized that we were late – really late – as some visitors had arrived as early as midnight! We didn’t make it into the main sanctuary, but ended up in a Sunday school classroom instead. There were 12 of us in the tiny room, eyes glued to a large TV screen, when Carter and his wife, Rosalynn, stopped by to welcome us personally.

Once Sunday school and services had ended, ushers led us into the sanctuary, where we got to greet the couple once more and have our pictures taken with them. It’s not every day that you get to meet the president!

Sunday school with President Carter has been halted while he recovers from a December 2019 health incident. The Maranatha Baptist Church will update its website when Carter is scheduled to teach.

Visit Plains High School, where Carter graduated in 1941. The building now serves as a visitor center. Next, explore the Plains Depot, the oldest building in town. Constructed in 1888, the depot served as Carter’s campaign headquarters and is now home to a self-guided museum.

About 2.5 miles from the center of Plains is the Jimmy Carter Boyhood Farm. Carter lived there from the age of 4 until he went to college. Touring the farm will give visitors a good idea of what shaped the character of the 39th U.S. president Nobel Peace Prize winner.

The Jimmy Carter Presidential Library and Museum is in Atlanta, a two-and-a-half-hour drive from Plains. Here, the Carter presidency is documented through various objects, documents, photographs, videos, and gifts from world leaders, giving visitors an up-close view of the modern American presidency.

The third president of the United States lived at Monticello, in Charlottesville, VA, from 1770 until his death in 1826. Through exhibits, visitors learn all about the president, who was the country’s first secretary of state, principal author of the Declaration of Independence, and founder of the University of Virginia. Jefferson was also a talented architect, diplomat and gardener.

The building’s neoclassical style is a nod to Jefferson’s years as a diplomat in France. The superb historical gardens are absolutely worth your visit, so much so that you might also consider attending the 13th annual Heritage Harvest Festival at Monticello on October 3rd.

Jefferson died 50 years after Continental Congress formally adopted the Declaration of Independence, on July 4, 1826. He is buried in the family cemetery at Monticello.

Less than an hour away in Montpelier Station, VA, is Montpelier, the home of President James Madison, an architect of the Constitution and the Bill of Rights.

If you have to make choices – and we all do – put Mount Vernon at the top of your list when visiting Washington, D.C. The historic site is located just a half-hour outside the nation’s capital, and the 21-room home is one of the most historic mansions in the country, with more than 1 million visitors per year.

George Washington died on Dec. 14, 1799, in the second-floor bedroom at Mount Vernon. His wife, Martha, passed away two and a half years later. She rests next to her husband in the family vault at Mount Vernon.

Throughout the year, Mount Vernon hosts special events, including Presidents Day and Christmas celebrations with fireworks over the Potomac River. Naturalization ceremonies are often held on Washington’s birthday, Feb. 22, and the Fourth of July.

Arlington National Cemetery, the final resting place of presidents William Howard Taft and John F. Kennedy, is a half-hour away in Arlington, VA.

The East Wing lobby and several rooms of the White House are open to visitors. The China Room displays various china and silver used by the different administrations, while the Red Room features portraits of Alexander Hamilton, first lady Dolley Madison and President Martin Van Buren, to name just a few. The largest room on the tour is the State Dining Room, which is home to an iconic portrait of President Abraham Lincoln.

Visitors must request tour passes through one of their Congressional representatives. Start the process early; tours include only 10 people at a time, and slots are filled on a first-come basis.

History buffs should visit the Thomas Jefferson Memorial and the FDR Memorial, both located on the shores of the Tidal Basin. Try to make time to visit the Lincoln Memorial on the west end of the National Mall, as well.

Which presidential destination would you most like to go to? Tell us in the comments.