The Yankees and Red Sox Take Their Rivalry to London

Each time the New York Yankees and Boston Red Sox reignite their intense rivalry, there is a constant: home-field advantage. One team always has it. But when Major League Baseball heads to Europe on June 29 and 30, the two teams will face off at the 55,000-capacity London Stadium. 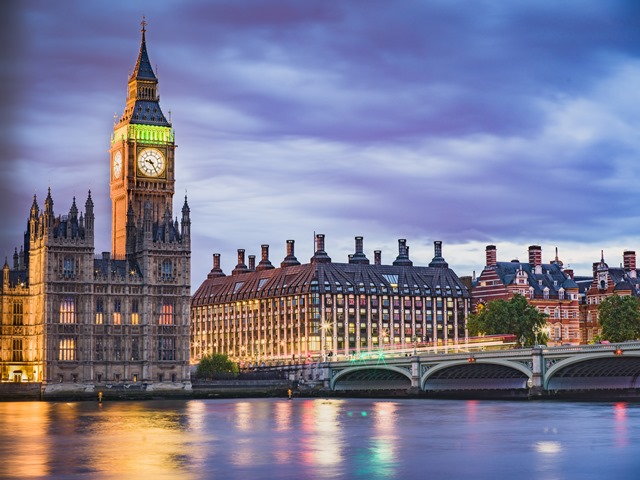 Each time the New York Yankees and Boston Red Sox reignite their intense rivalry – arguably the best of its kind in sports – there is a constant: home-field advantage. One team always has it.

But when Major League baseball heads to Europe on June 29 and 30 during the 2019 regular season, the two teams will face off at the 55,000-capacity London Stadium in Queen Elizabeth Olympic Park.

And if you blokes and ladies fancy a bloody good time, the MLB London Series is the place to be!

The New York Yankees may hold the record for the most World Series championship titles with 27, but there is no doubt that the Red Sox have ridden a curse-reversing hot streak since 2004.

Talk to fans of either team, and you will quickly find that everyone has their go-to baseball stories.

Now YOU can have the ultimate baseball story.

One where history is guaranteed before the game is even played!

It might feel like a dream, but this once-in-a-lifetime opportunity to see the Yanks and Sox face off across the pond is within reach.

Sure, Boston is technically the “home” team for the two-game event, but the confines of Fenway’s Green Monster (or even the “short porch” in the Bronx) will be a good 3,000 miles away, giving neither team the upper hand.

Show up. Be loud. Make a difference in the game’s outcome! Experience history.

There are quite a few things that are certain to make the MLB London Series a bit different.

Northeasterners who watch the game in-person should note that they will have to do so without classic Fenway Franks. These boiled and lightly grilled wieners, served on split-top hot dog rolls at baseball’s oldest active stadium, will be traded in for UK-sourced Wicks Manor Olde English Pork Sausages and smoked beechwood German-imported hot dogs. And if you want fries – aka chips – with that, expect malt vinegar in lieu of ketchup.

You’ll also have to take a break from some of Yankee Stadium’s culinarily crazed concoctions such as Noodle Bowl Stand’s bacon cheeseburger dumplings and the highly portable Black Bean Taquito Cup. Instead, London Stadium, at least during West Ham United Football Club games, offers up sandwiches, veggie skewers and wraps.

Getting to the Park

And during the MLB London Series, you will not have to worry about traffic on the Major Deegan or getting slowed down in Kenmore Square. Nor will you have to concern yourself with delays on the T in Boston or the B, D, or 4 trains in New York. Instead, drive on the left side of the road along the River Thames or experience the Underground in London’s Tube. There might be traffic, but at least it will be a unique experience worth talking about.

Whether it’s the lure of Big Ben, a bounty of bangers and mash, or the sheer excitement of our national pastime spreading to new nations, don’t miss out when this century-old rivalry packs the house on the other side of the pond.

In honor of this historic event, let’s take a look back at a few moments that have helped define the most contentious relationship in sports.

1903
It was 116 years ago when the Boston Americans first took on the New York Highlanders, and before these teams were officially called the Red Sox and Yankees, they had their first on-field skirmish when Boston pitcher George “Sassafrass” Winter was knocked down. Game on!

1919
We are close to the centennial anniversary of the worst move by a sports franchise, ever. Like, really. The Red Sox sold George Herman Ruth’s services to the Yankees for cash and access to a loan. The Babe would go on to have 11 seasons with 40+ home runs and pitch more than 29 consecutive scoreless innings across two World Series for New York. Curse activated.

1941
The Red Sox’s Ted Williams hit .406 and did NOT win the MVP award. The honor went to the Yankees Joe DiMaggio and his record 56-game hit streak. Whether Teddy Ballgame or Joltin’ Joe should have been the MVP is still debated today, and neither amazing feat has come close to being matched.

1973/1976
With the score tied 2-2 in the top of the ninth inning at Fenway Park, Yankees catcher Thurman Munson crashed into Red Sox catcher Carlton Fisk, trying to score on a failed bunt attempt. The two went toe-to-toe immediately after. Several years later, the Yankees’ Lou Piniella slid feet first at home plate, initiating another fight with Fisk and a bench-clearing brawl.

1978
The two teams ended the regular season tied, resulting in a one-game playoff. The Sox took a 2-0 lead into the seventh inning when the Yankees light-hitting shortstop Bucky Dent smacked a three-run homer. The Yankees eliminated the Red Sox and went on to win the World Series.

1983
Yankees pitcher Dave Righetti spun a masterful no-hitter against the Red Sox on Independence Day. It’s worth noting that the 1980s were the only decade that neither Northeast team won a world championship.

1999
Aside from the aforementioned one-game playoff in the ’70s, these two rivals had never met in the playoffs until 1999 rolled around. Game 1 had the Yankees win on a 10th-inning walk-off home run from Bernie Williams; in Game 3, Pedro Martinez outclassed Roger Clemens, striking out 12 Yankees. The Yankees kept the “Curse of the Bambino” alive, beating the Red Sox soundly 4-1 in the series.

2003
The American League Championship Series was electrocharged out of the gate. Early in the series, pitchers were “experimenting” with the inner-half of the plate, and when Roger Clemens threw high-and-tight to Manny Ramirez, one of the most famous brawls in baseball history was sparked. You know the one. Yankees 72-year-old bench coach Don Zimmer, a former Red Sox manager, charged at pitcher Pedro Martinez and was quickly tossed to the ground. This was followed up by a scrum between two Yankees and a Red Sox groundskeeper. The Yankees scored the KO in Game 7 at Yankee Stadium when now-manager Aaron Boone hit a walk-off home run against knuckleballer Tim Wakefield in the 11th inning. Bedlam in the Bronx.

2004
During the offseason, the Yanks and Red Sox battled for the services of former MVP Alex Rodriguez. The team in pinstripes won the coveted free agent, but it was A-Rod who took a glove to the face courtesy of Jason Varitek during the season. The Red Sox capped their aggressive play that night by beating Mariano Rivera with a walk-off home run. This would prove to be small potatoes, as the Red Sox staged the first-ever comeback after being down 3-0 in a playoff series. The Yankees epic collapse helped pave the way for the first Red Sox World Series championship in 86 years. The historic comeback made it easy to forget about Derek Jeter’s famous catch in the stands against the Sox back in July and A-Rod’s Game 6 “slap.” Goodbye, curse.

There have been many battles on the field between these fierce rivals since 2004, including several bench-clearing incidents. And while no one knows what will happen next, there’s definitely no love lost between these two teams. It will be interesting to see what happens in London!

What are your favorite rivalry moments between the New York Yankees and Boston Red Sox?