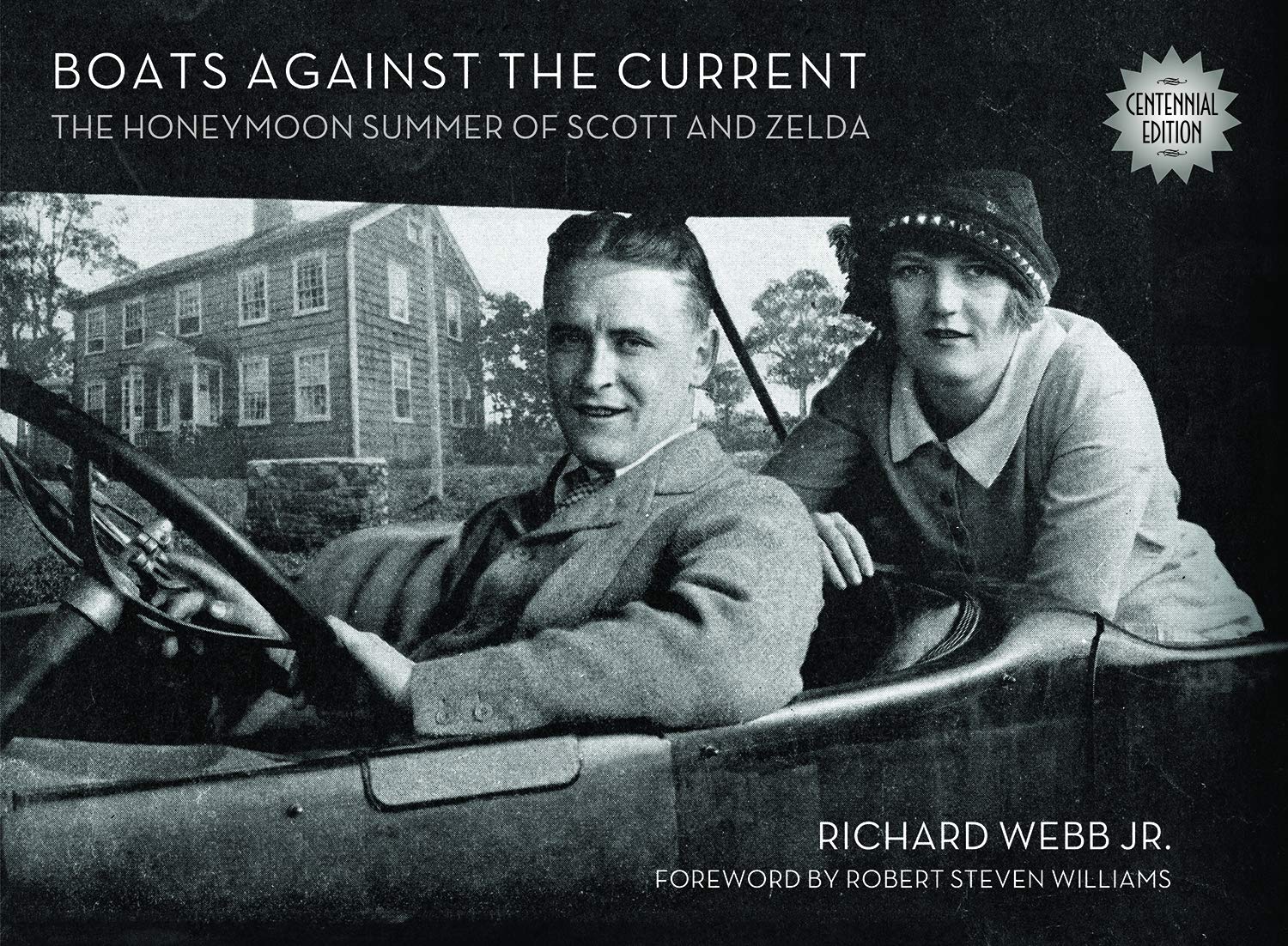 On Thursday, Aug. 6, 2020, at 5:30 p.m., the Lockwood-Mathews Mansion Museum will present author Richard “Deej” Webb for an illustrated virtual talk and live reading of his book, “Boats Against the Current.” Deej will take questions from viewers after his presentation.

In the summer of 1920, Scott and Zelda Fitzgerald honeymooned for five months in a modest gray house in Westport, Conn. The experience had a more profound impact on both of their collective works than any other place they lived. Having just gotten married, and after being kicked out of some of New York City’s finest hotels, they were, for the first time, in their very own place. It was a time Scott Fitzgerald called “the happiest year since I was 18.” He had also just achieved success with his first novel, “This Side of Paradise,” and was suddenly awash with money. The Fitzgeralds led a wild life of endless partying while living in suburban Connecticut. As it happens, living near the beach, they were neighbors to a larger-than-life, reclusive multi-millionaire, F.E. Lewis.

Historian Richard Webb grew up in Westport, a few doors down the street from where the Fitzgeralds lived some 40 years earlier. Fascinated with the Fitzgeralds, Webb learned that author Barbara Probst Solomon, who grew up across the river from the F.E. Lewis estate, had proposed in The New Yorker that Westport was the real setting for Fitzgerald’s “The Great Gatsby.” He was stirred to actively research her claim.

“Boats Against the Current,” illustrated with never-before-seen photos from the Lewis family, tells the real story behind the famous novel and its tragic hero, debunking the long-held belief that the book was solely inspired by the Fitzgerald’s time in Great Neck, across the Sound in Long Island.

Richard “Deej” Webb is an author, an award-winning educator and a documentary filmmaker. A graduate of Vanderbilt University, he taught history for 24 years at both the high school and college levels. A featured presenter in the Connecticut Public Broadcasting documentary Prohibition: Connecticut Goes Dry, Webb is also co-creator and co-producer with Robert Williams of a documentary film about the Fitzgeralds in Connecticut, Gatsby in Connecticut: The Untold Story, which is a companion to this book. Webb serves as an advisor and board member to many local and national libraries, museums and history societies.