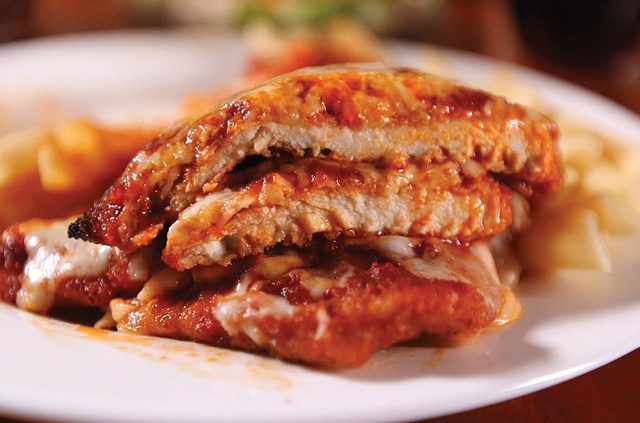 Some restaurants are more than just another place to dine. They’re institutions that have been around for decades.

It may be pretty far from the original restaurant, European, in the North End, but it sure tastes like it, right down to the 25-inch pizzas.

From pizzas loaded with sausage, peppers and onion to real-deal Southern barbecue, it’s all available at this Fenway favorite.

The oldest steakhouse in Greater Boston has served top-quality, affordable steaks since 1938. The 1-pound sirloin sizzler is brought smokin’ hot straight from the kitchen.

Kelly’s is a legend in Boston sandwich history. Since 1951, its workers have slow roasted and stuffed roast beef inside a toasted bun.

This cozy spot serves classics like scallops and bacon, chicken pot pie and mac and cheese, plus its famous prime rib, served on Friday and Saturday nights only.

Catch “Phantom Gourmet” on TV every weekend. For listings and times, visit www.phantomgourmet.com.