iPhone or Android: Choose the Right Phone for You 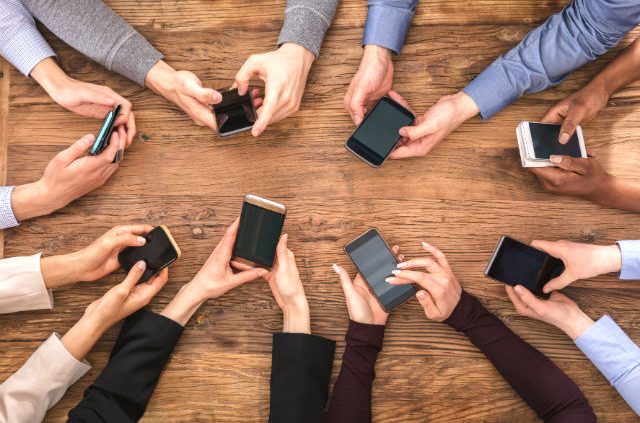 The world of tech is filled with many questions. Perhaps the most divisive question nowadays concerns the slabs of aluminum and glass we carry in our pockets. iPhone or Android?

While many techies act like this is a life or death question, it really comes down to personal preference. Apple’s iPhone and Google’s Android are very similar. They’re both smartphones and they’re both supported on major networks like Sprint. If you’re deciding between the two, you have to think about what you use your phone for, how often you use it, how tech-savvy you are and how much money you have to spend.

The main difference between iPhones and Androids is that Apple’s operating system, iOS, only runs on iPhones. iPhones vary slightly in size and color, but other than the new iPhone X, they are more or less the same. Android, on the other hand, can be found on over 24,000 different types of phones across the world.

iPhones are part of Apple’s strictly-controlled brand aesthetic. With Android phones, you can get a wide variety of different shapes, colors and screens.

Switch to Sprint and your next AAA membership renewal could be on them! You’ll save on the cost of membership, wireless plans, accessories and even get up to $200 via Prepaid Mastercard® when you switch!

“I take a lot of pictures.”

In the past, it used to be a given that iPhones had the best cameras. However, some Android phones have started picking up the pace recently. The Android phones with more advanced cameras, like the Samsung Galaxy Note8, the HTC U11 and the LG G6, easily rival the iPhone camera’s clarity and color balance. Beyond that, Android phone cameras vary greatly in quality.

“I don’t want to wait for operating system updates.”

Because of the large variety of devices that run on Android, sometimes their OS updates take a long time to roll out. You might have to wait a days (or weeks) for the update to be available on your specific phone. If your phone is older, it might not get the update at all. Less than 1% of Android phones are currently running the newest OS, Android 8.0 Oreo.

Since Apple has so much control over its iPhones, however, their iOS updates are immediately available on models from the iPhone 4S (2011) to the iPhone X (2017). More than 50% of iPhones are now running Apple’s newest OS, iOS 11. 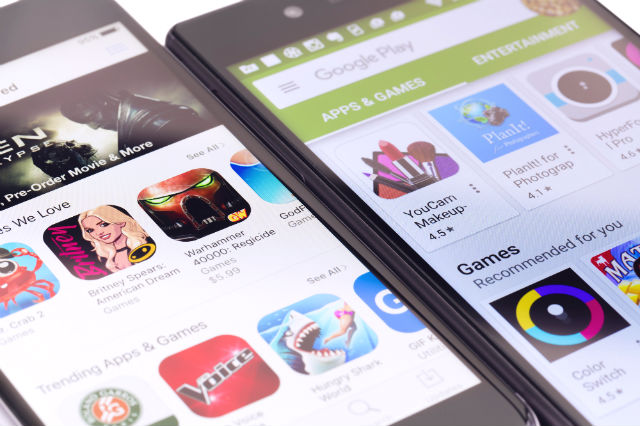 The App Store and the Google Play Store.

Apps and games are some of the most beloved features of a modern smartphone. But which smartphone handles apps the best?

Apple tends to have stricter standards when it comes to the App Store, aiming to curate the content that their users can download.

iPhones and Androids both have many different options when it comes to “locking” your phone. The most popular is the requirement of a PIN code or password. More recent phones have the option of fingerprint scanning. The iPhone X and the Samsung Galaxy Note8 are able to read your facial features.

However, Android phones are more vulnerable to malware and ransomware. Android is an open, fragmented system with a success rate that depends on the vigilance of thousands of different vendors. Since many Android phones are slow to receive updates, they don’t receive the latest security features in a timely fashion. And since there’s little quality control in terms of apps, there’s no guarantee that some more obscure applications will be secure. 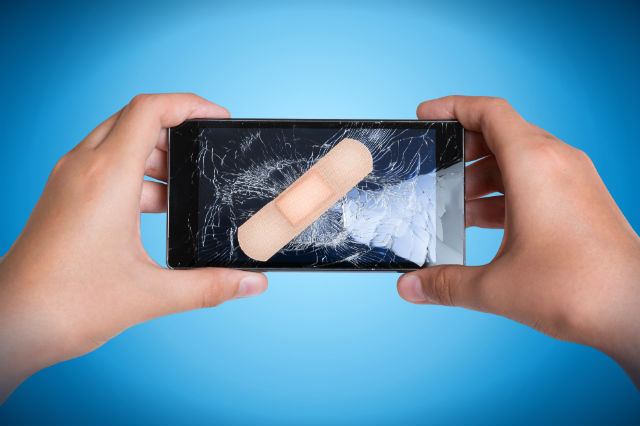 A cracked phone screen can be a bummer.

“I don’t want a cracked screen.”

Be they iPhone or Android, screens can be broken. But which are more susceptible to damage?

Apple’s slavish devotion to its aesthetic seems to facilitate a more vulnerable screen. Apple uses Corning Gorilla Glass, the industry standard, which claims to survive 80% of 1.6 meter drops. However, the iPhone’s streamlined style does little to help protect its screen. In fact, the new iPhone 8 and iPhone X have glass on the front and back, with just a thin metal band around the edges. There’s no ridge or seam around an iPhone’s screen, which means there’s basically a 50/50 chance that the phone will slap down face-first when dropped. iPhone users dread the sickening crunch of a phone on concrete.

iPhones are so delicate that an ecosystem of phone case retailers has flourished in Apple’s shadow. Walking around with a caseless iPhone is 21st-century lunacy. Phone cases are charming and customizable, but remember that a case is an additional cost.

Many of the most popular Android phones utilize Gorilla Glass as well. Some of them, like the Samsung Galaxy Note8, with its shiny infinity screen, are just as vulnerable as the iPhone. The upside with Android is that you have more options. The Samsung Galaxy S8 Active is a tank, with a hard shell reminiscent of an OtterBox. Its built-in protective bumper shields the screen from face-first impacts. The Kyocera DuraForce PRO could probably survive a nuclear attack.

If you still like the more delicate Androids, don’t worry. Many phone case retailers cater to Androids and iPhones alike.

Your budget is often the most important thing to consider when you ask the “iPhone or Android” question. There’s no denying that iPhones are pricey. The new iPhone X is literally $999.99. The petite iPhone SE is the least expensive iPhone, coming in at $349. Many of the most popular iPhones fall into the $500 – $700 range.

However, the top-of-the-line Android phones often cost just as much. The Samsung Galaxy Note8 is $960. The moto z2 force edition is $792. The HTC U11 comes in at $696, and the LG V30+ is $912. Many of these companies also offer less expensive options like the Samsung Galaxy J3 Emerge, the moto e4, the Sprint-exclusive HTC Bolt and the LG Tribute HD, which are each $145. Sprint also offers some discounted “Open Box” choices; gently-used phones that have been returned after no more than 14 days of usage.

“So, iPhone or Android?”

iPhones and Androids have more similarities than differences, but these small variations can make a world of difference depending on what you value in a phone. It’s all up to you!

iPhone or Android? What do you think? Let us know in the comments below!

Are you ready to pick up your new phone? Head on over to Sprint and get a free AAA Classic membership while you’re there.

You can download the AAA App to access your favorite AAA services for iPhone and for Android.