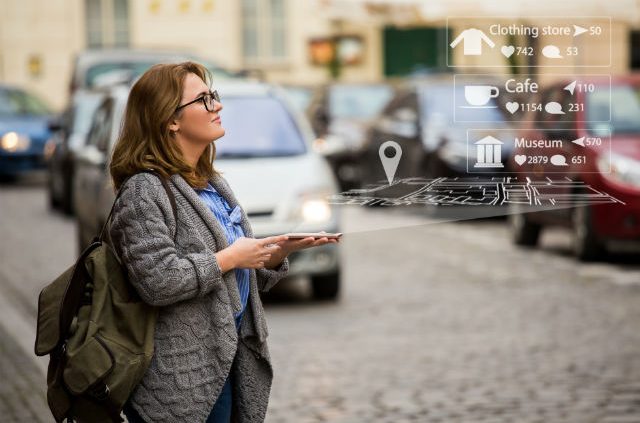 Smartphones are evolving everyday. What were once convenience devices simply used for dialing up friends and family are now necessities for nearly every aspect of our lives. And yet still, they keep improving. We’ve rounded up the new smartphone trends you can expect to see on your next phone.

When manufacturers aren’t trying to make smartphones smaller, they’re trying to make them faster. With that in mind, one term you’ll be hearing a lot about in the future is 5G. In the simplest of terms, 5G is an upgrade of the current data networks our smartphones use,  resulting in improved speed and strength of cellular connections.

Major carriers are rolling out plans for their 5G networks and most involve creating 5G hotspots or networks. But in August, Sprint and LG announced plans to release what would be the first 5G smartphone in the United States in the first half of 2019.

This upgrade would allow Sprint’s cellular service to deliver up to 10 times the capacity of current systems, significantly increasing data speeds for customers in high-traffic locations. In other words, you’ll be able to download full-length HD movies in mere seconds, and play graphic-heavy videos and high-speed games without delays or lag-time.

Switch to Sprint and your next AAA membership renewal could be on them! You’ll save on the cost of membership, wireless plans, accessories and even get up to $200 via Prepaid Mastercard® when you switch!

While virtual reality creates a whole new world, augmented reality enhances the actual world a user is seeing. It does this by superimposing information onto the physical reality a person is viewing through a digital device. It essentially takes all the information available on the internet and applies it, in real time, to your surroundings.

Though this technology has already been seen in the gaming world (think Pokemon Go) the applications for augmented reality on your smartphone are limitless. Instead of watching a how-to video on replacing a flat tire, you’ll be able to point your smartphone at the tire and receive a visual, interactive walk-through. You’ll go furniture shopping and see how that couch looks in your living room. You’ll scan a row of restaurants and be able to see the menus of each as well as which one has an open table. 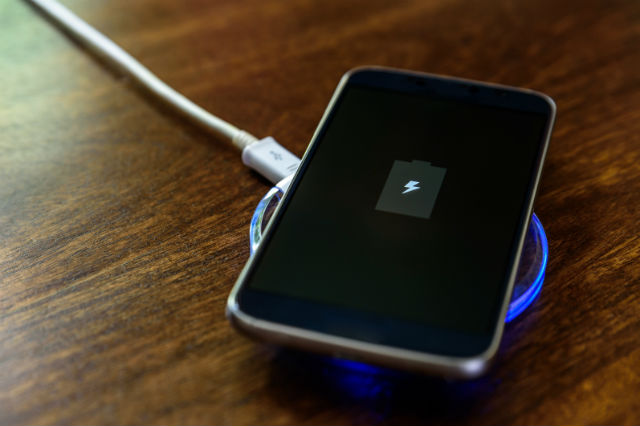 Since their onset, smartphones have had one consistent critique held against them: poor battery life. With each new model, manufacturers have built more efficient batteries, but have also added faster processors, which drain more energy and leave users still clamoring for longer-lasting charges.

To fix this, companies have been experimenting with a variety of power solutions including solar power, nanobatteries, hydrogen fuel cells and even kinetic energy, which would charge your phone as you move.

The bezel-less look, in which the edges around a smartphone screen are trimmed to allow for a larger screen, began in 2016 but has since caught on with major manufacturers. The outcome is an increased screen size on a smaller and thinner phone.

Your phone will always need some bezel in order to provide structure to the phone, so the trend of creating larger screens on smaller phones is probably reaching its end. However, as popular as the bezel-less aesthetic has been, it has traditionally been a premium feature on premium phones, such as the iPhone X. But more and more, even budget-friendly smartphones are incorporating the look.

The paradox of smartphones is the desire to continually make them smaller in size while new technology allows for activities (reading, watching, playing) that require larger screens. One potential solution to this problem is a phone that not only displays images but also projects them. Digital projectors have been in the works for some time and Wireless Mobi Solutions unveiled its Movi Smartphone earlier this year. The Android phone casts a 100-inch image. Another possibility with projections systems is the use of holograms, a moving 3-D image projecting out of your phone.

This technology doesn’t come without its challenges. The projectors must be small and the smaller a projector, the less light it can emit. It will likely take several years for the development of inexpensive and reliable technology to introduce into all smartphones.

There has long been talk of smartphones becoming flexible or even foldable and it might finally be available in the near future. The technology that would enable phones to bend or fold is the organic light-emitting diode (OLED) display, which is made of flexible materials such as plastic instead of the traditional glass. OLED produces its own light, eliminating the thick, heavy backlight that LCD phones require and render inflexible.

The benefits of a foldable phone are numerous. They would allow for a larger screen if you wanted to watch a video or play a game, but still be able fold into a pocket-sized phone. Since it would be made out of plastic and not glass, the phone would be lighter and less likely to crack or be damaged. OLEDs are also paper thin, meaning a flexible phone would be even thinner than the one currently in your pocket.

AAA members get a free basic membership renewal for as long as they are Sprint customers, as well as up to $200 via Prepaid Mastercard® when they make the switch. (Req. 1 active phone line and registration for each AAA member number.) Learn more about the Sprint perks available to AAA members.