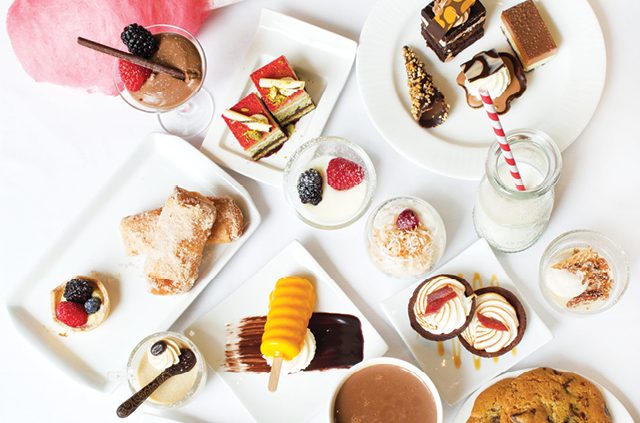 The Saturday Chocolate Bar at The Langham, a AAA Four Diamond Rated hotel in Boston, celebrates its 30th anniversary with the 30 best desserts from the last three decades. So in addition to the 100-plus items usually offered, goodies like apple pie spring rolls, Boston cream pie, chocolate croissant bread pudding, cannoli and more will grace the decadent menu this season.

Club Adventures – Choose Your Own Adventure

The global adventure travel market is worth $263 billion a year, according to the Adventure Travel Trade Association. The recently launched Club Adventures offers intimate tours around the globe, allowing travelers to truly connect to a place, its people and its culture. Think camping under the stars in the Jordan desert and learning to make paella in Valencia, Spain. Check out ClubAdventures.com to learn more. 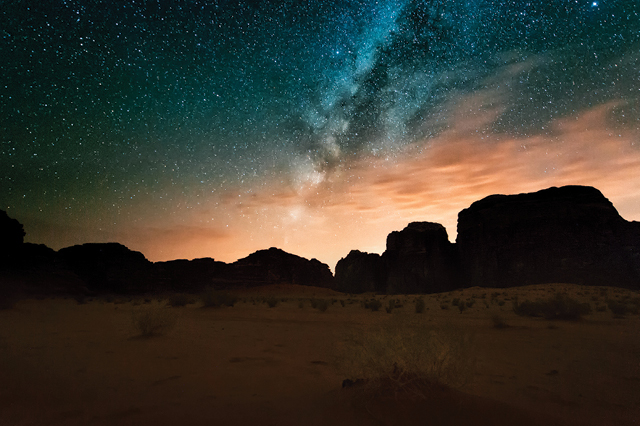 The Milky Way shimmers above the Wadi Rum desert in Jordan.

Technicolor goodness is on the menu at New York City’s Industry Kitchen. The Pop Candy Land pizza features a rainbow crust slathered with cream cheese frosting, Pop Rocks and nished with a sweet little cloud of cotton candy. Hashtag awesome. If savory is more your style, you can get a pizza topped with alligator or smoked salmon instead, or shell out $2,000 for a pie stuffed with caviar, truffles and 24-karat gold leaf.

In case hurtling down a mountain at ferocious speeds isn’t adventurous enough for you, why not try airboarding, one of the new winter activities at Smuggler’s Notch in Vermont? It involves sliding belly-down on an inflatable, A-shaped sled, a combination of boogie boarding, sledding and skiing. It’s offered Monday, Wednesday and Friday afternoons on the mountain.

That’s How We Roll

Always wanted a Porsche but can’t afford the price tag? We’ve found the next-best thing: Porsche luggage. Available in exclusive Porsche vehicle colors like Anthracite, Graphite Blue and Chalk, the Roadster rolling bags come in three sizes and feature a hard shell made of ultralight polycarbonate. Prices range from $420 to $485. 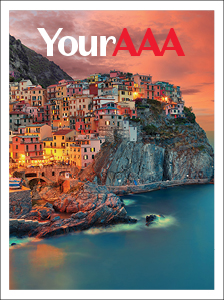