One of the reasons families go back to Florida’s Walt Disney World Resort year after year is because it’s always upping its game. Whether it’s creating something brand new or... 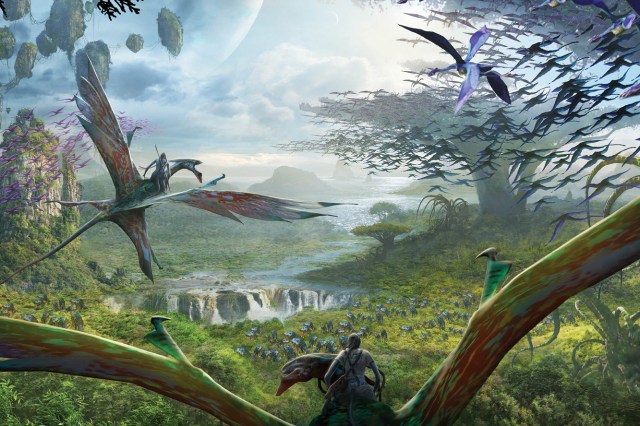 One of the reasons families go back to Florida’s Walt Disney World Resort year after year is because it’s always upping its game. Whether it’s creating something brand new or expanding on a much-loved attraction, Disney doesn’t rest on its laurels. Truth be told, my kids, ages 5 and 7, would be happy to go back each year even with no changes, but for those die-hard Disney fans who want the latest and greatest, 2017 will not disappoint.

The big news happening at Disney this year is taking place at Animal Kingdom, where Pandora – The World of Avatar will soon be unveiled. Inspired by the popular James Cameron film, the new area is sure to keep both tots and adults entertained with everything from floating magical mountains to after-dark entertainment.

On the family-friendly Na’vi River Journey, riders embark down a mysterious, sacred river on canoes, gliding through a bioluminescent rainforest with exotic glowing plants and mystical sea creatures. The journey culminates in an encounter with a Na’vi shaman, who has a deep connection to the life force of Pandora and sends out positive energy through her music. The peaceful attraction is full of fantasy, beauty and wonder.

Avatar Flight of Passage is another anxiously-awaited attraction. This ride will let kids and adults simulate riding a banshee (a bird-like predator) over a vast alien world. The fast-paced adventure will give your kids a birds-eye view of the beauty and grandeur of the world of Pandora.

2017 will see the launch of the new ride Miss Fortune Falls, which promises to deliver high adventure and plenty of wet moments. Aboard this aqua adventure, families will slowly ascend to the top in a raft before plunging into a whitewater splashing thrill below. With a ride time of two minutes, Miss Fortune Falls will be among the lengthiest attractions at both Disney water parks (Blizzard Beach is the resort’s other water park).

In restaurant news, The Edison, similar to its sister location in Los Angeles, will open its doors this summer at Disney Springs. This culinary delight, centered around a 1920s-era electric company, will have an industrial gothic feel and 35-foot ceilings. It will feature classic American food (with plenty of options for picky-eating kids and the more seasoned palates of adults), craft cocktails and plenty of live bands and entertainment.

Two attractions slated for Disney’s Hollywood Studios will surely be worth the wait. Go to infinity and beyond at the 11-acre Toy Story Land, where little ones and adults can explore the adventurous outdoors of Andy’s backyard.