The brightly designed road service vehicles are a rolling tribute to those on the front line of the COVID-19 pandemic. 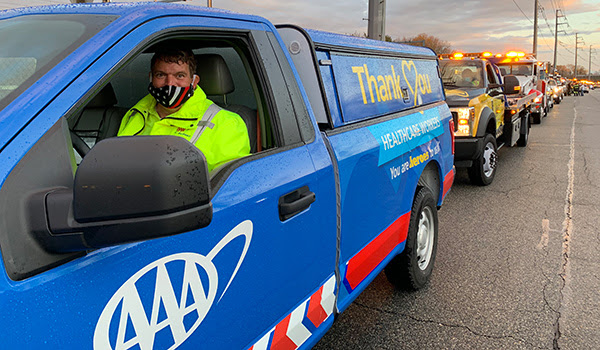 Colorful “thank you” messages to healthcare workers and first responders will soon be seen by motorists traveling throughout Massachusetts, New York and Rhode Island.

AAA Northeast recently outfitted one battery service truck in each of those states with an eye-catching blue vinyl wrap with bright yellow text that reads “Thank You Healthcare Workers.” It’s one of several ways the club has expressed its deep appreciation to healthcare workers who have risked their lives to help the community. The club plans to keep the new truck design for as long as the message is relevant during the pandemic.

“Wrapping our trucks was a way to demonstrate the club’s appreciation for all they’re doing to help us through these unprecedented times,” said John Nardolillo, Senior Vice President of Member Services. “Hopefully, every time someone sees our trucks, they will be reminded of the selfless work these extraordinary people are performing and that they will be a reminder to follow Centers for Disease Control and Prevention guidelines, so we can control the spread of the virus.”

The club will wrap another three trucks, one each in Massachusetts, Rhode Island and New York, with a “Thank You First Responders” message.

The Rhode Island and New York trucks were part of a of a rolling tribute to healthcare workers last week. Roadside service trucks from around southern New England formed a procession past Providence, R.I., hospitals in a show of support organized by the Rhode Island Towing Association.

Mike Krikorian, a driver for Jim’s Towing, played a large part in organizing the event and has since received a great deal of positive feedback. He is planning another event for May 15.

“I’ve gotten a lot of messages through social media from people I don’t even know,” Krikorian said. “Most of them were workers at hospitals who said they were grateful for what we did, and some were even in tears. I didn’t do it for any recognition. I did it for the front-line workers and for the people in the hospital dealing with this.”

When AAA manager Eric Richard first heard about the parade from roadside technician Bobby Silva, he thought it was an exciting opportunity to use the newly wrapped truck to show the club’s support and appreciation.

“If the truck puts a smile on the face of one healthcare worker, it’s worth it,” Richard said.

Silva had the honor of driving the truck in the parade.

“I was extremely happy to be able to participate in the event,” Silva said. “Originally about 30 trucks were to attend, and over 80 trucks showed up!”

Service vehicles from tow companies all around southern New England – and one from New York – lined up for more than a half-mile. They ranged from standard-size pickups to absolutely enormous rigs in colors from black and white to purple, yellow and orange.

It was an impressive sight as the trucks took off from the staging area with yellow lights flashing and horns blaring on their way to Miriam Hospital. Watching them circle in front of Rhode Island Hospital and the adjacent Hasbro Children’s Hospital was even more spectacular.

Krikorian led the procession, and Richard, driving the AAA truck from New York, was last, in a fitting conclusion to the event. 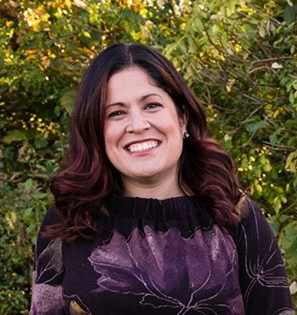 This manager in Membership was born to be a marketer.