Where Did the First Road Signs Come From? 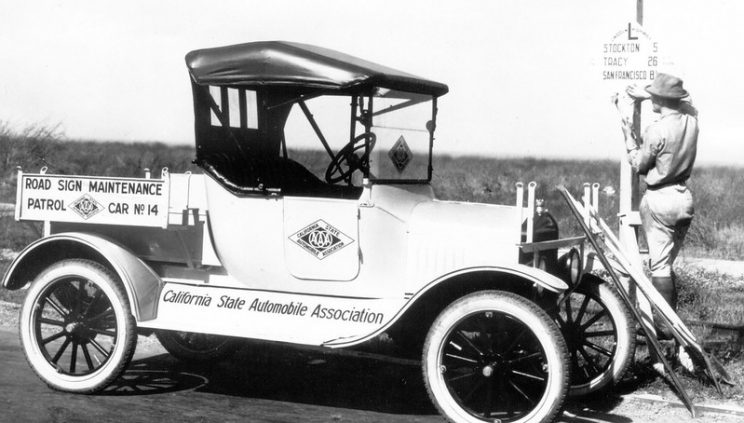 AAA played a key role in establishing our nation’s roads, supporting the formation of an early version of the Department of Transportation in 1903, and advocating for safe roads ever since.

But many of our nation’s early roads were unmarked. And what good is a road if you don’t know where it leads?

So, starting in 1906, regional AAA clubs began paying for and installing wooden signs to help motorists find their way.

The work was as voluminous as it was necessary. Unmarked roads stretched the length and breadth of the continental United States.

In 1914, AAA started a cohesive transcontinental signage project, installing more than 4,000 signs in one stretch between Los Angeles and Kansas City alone.

Above, a road sign maintenance patrolman from the California State Automobile Association installs a sign along the Lincoln Highway, which led from New York City to San Francisco. 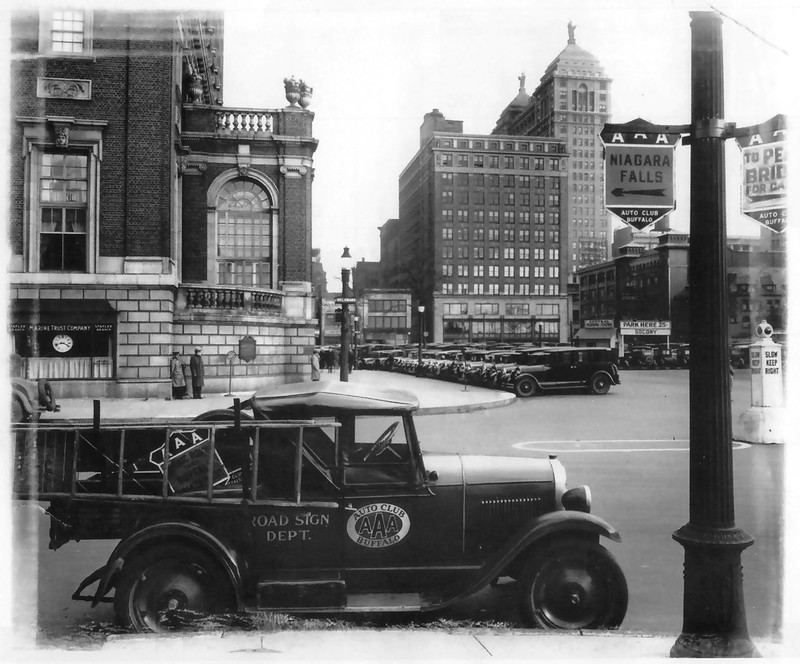 Above, a vehicle belonging to the road sign department of the Auto Club of Buffalo, N.Y., parks near a AAA sign pointing the way to Niagara Falls.

It’s another illustration of the association’s quiet but critical role in the development of our nation’s infrastructure – and combined with our history of cartography, travel planning and roadside assistance, we’ve been helping motorists find their way ever since.