The History of the Driver’s License

8 COMMENTS
Auto History » The History of the Driver’s License 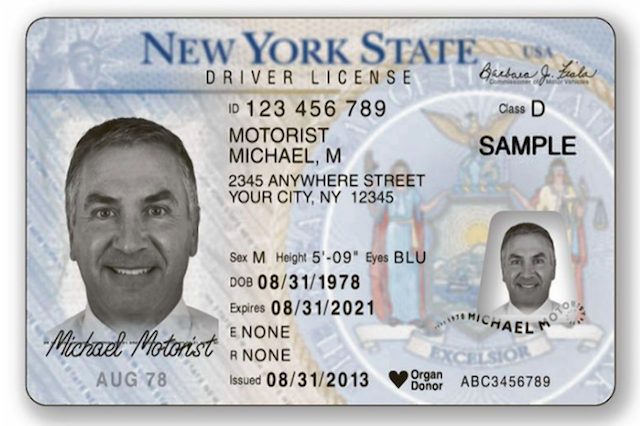 There are few moments more memorable than the first time you get your hands on your own driver’s license.

It means you’re finally able to hit the open road on your own — and who doesn’t fondly recall their debut foray behind the wheel? For most of us, this milestone occurs at a formative age, so a driver’s license holds much more significance than simply providing evidence you can properly operate a car. It bestows on its owner a sense of maturity, pride and freedom.

But driver’s licenses didn’t always have this much power. In fact, they didn’t even exist when cars first hit American roads, and when the first licenses were issued, they weren’t used to prove a motorist was a capable driver. By and large, anyone with a pulse and a car could obtain one.

Let’s retrace the history of the driver’s license to see how things have changed.

When Was the First Driver’s License Issued?

Licenses were not required to operate a horse and carriage back in the day. So when automobiles – or horseless carriages, as they were known – arrived on the scene, not much thought was given to ensuring motorists could, in fact, safely drive a car.

In 1913, New Jersey made history by requiring both written and road tests for those seeking a license. “I confidently believe that other states will follow New Jersey’s lead and that the results will be fewer accidents and better road conditions,” Job H. Lippincott, the state’s motor vehicle commissioner, said at the time.

But adoption of both driver’s licenses and exams was slow to take hold across the country. By 1930, just half of the then 48 states required a license to operate a motor vehicle. Of those, only 15 had mandatory driver’s exams. It wasn’t until 1954 that South Dakota became the final state to issue driver’s licenses. It was also the last to require a driver’s exam, which it did in 1959, following in the footsteps of latecomers Arizona (1951), Idaho (1951), Illinois (1953), Alaska (1956), Wisconsin (1956) and, most notably, Missouri (1952). That’s right – Missouri went nearly a half-century between issuing its first driver’s license and requiring licensees to pass a driver’s exam.

Today there are numerous types of licenses for vehicle operators including unrestricted (a typical license), provisional (usually for new drivers), commercial and motorcycle.

The most recent type of license is the REAL ID. These licenses have higher security standards than a traditional license, meaning individuals have to provide documents proving their identity, residency and Social Security number. Beginning in May 2023, those without a REAL ID, an enhanced driver’s license or other acceptable forms of identification won’t be able to board a domestic flight or enter a federal building.

Looking to upgrade your license to a Real ID? AAA members in Massachusetts, Rhode Island and New York can apply at certain local AAA branches. Reserve your spot online ahead of time at AAA.com/Reservations.

Because driver’s licenses have become such important documents, states have equipped them with a number of enhanced security features. These help prevent criminals from creating fake or altered license cards. Some of these features include:

The Decline of the Driver’s License

Nearly 230 million Americans held a valid driver’s license in 2019, a record high and roughly 60 million more than in 1990. But that number is deceiving, as owning a license has become significantly less common. It turns out, teenagers aren’t as keen on getting behind the wheel as their forbearers. In 1984, 47.8 percent of 16-year-olds in the country owned a driver’s license. That number dropped to 25.6% in 2018. In the past few decades states have instituted laws and restrictions for motorists under 18 years of age.

But this trend holds true for adults as well. Through the age of 39, fewer Americans, by percentage, are getting their license. Obtaining a driver’s license has long been a rite of passage in this country, so why the change of heart? In one survey asking unlicensed 18- to 39-year-olds why they did not have a driver’s license, respondents’ answers included being too busy to get one, the high cost of owning and maintaining a car, and preferring biking, walking or public transportation.

Or maybe potential drivers are just afraid of the dreaded roundabout.

Do you remember getting your driver’s license? Tell us about it in the comments below!

Are you a new driver ready to get your driver’s license and hit the open road? Enroll in AAA Driver Training at AAA.com/DriverTraining.

8 Thoughts on “The History of the Driver’s License”