Studies have shown EVs to be at least as safe as traditional gas-powered cars. In fact, they may be even safer. 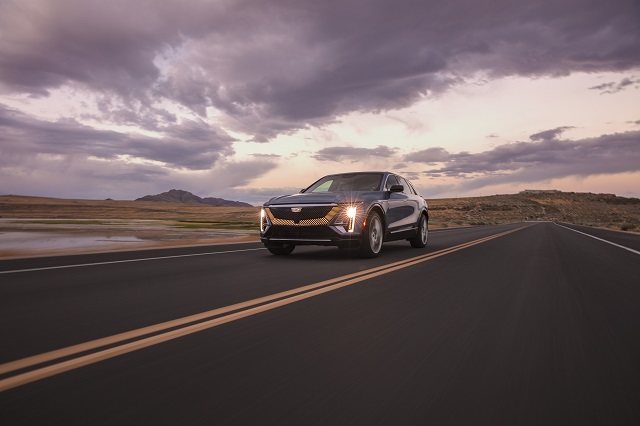 Look at any survey of the most important factors consumers consider when buying a car and you’ll find safety consistently at or near the top. It should come as no surprise, especially considering accidents of all kinds are a leading cause of death in the United States, with traffic fatalities specifically on the rise.

With that in mind, as well as knowing that electric vehicles are still very much a nascent technology, the safety of this vehicle class is going to come under scrutiny. Add in the fact that EVs have significant mechanical and engineering differences compared to traditional gas-powered vehicles and we’re left with one all-important question: Are EVs safe?

As data continues to roll in, all signs point to EVs being at least as safe as conventional cars. In fact, some studies suggest that, as a whole, EVs are more crashworthy than their gas-powered counterparts. According to the Insurance Institute for Highway Safety, EVs have a 40% lower injury claim rate than cars with a gas-powered engine. A significant contributing factor is the general weight discrepancy between the two. EVs weigh more than similar-style gas-powered cars. This is mainly attributable to the large batteries needed to power them. Heavier vehicles are more likely to continue moving forward in a collision, subjecting the passengers to less force and reducing the chance of injury.

The heaviness of EV batteries, and their location within the car, directly contributes to another safety advantage. The batteries run along the bottom of the vehicle, creating a low center of gravity that makes them more stable and reduces the likelihood of the cars rolling over.

You’ll find advanced driver assistance systems available in EVs, either standard or optional, just as you would in traditional gas-powered cars. This is true even amongst the most affordable models. The Nissan Leaf, the least-expensive EV on the market, comes standard with a suite of six advanced safety features, including automatic emergency braking and blind spot and lane departure warning.

Any and every EV model available for sale in the United States must undergo the same safety testing and meet the same Federal Motor Vehicle Safety Standards as conventional vehicles. As a whole, you’ll find that these vehicles meet or surpass the safety ratings of similar gas-powered cars.

Each of the top 10 best-selling EVs of 2021 that were tested by the National Highway Traffic Safety Administration received five-star safety ratings. Five of the 10 were named Top Safety Picks by IIHS, including the Tesla Models Y and 3, For Mustang Mach-E, Volkswagen ID.4 and Audi e-tron.

According to the National Fire Protection Agency, car fires caused 630 deaths, 1,700 injuries and $5.2 billion worth of property damage in 2020. Many recent headlines have suggested that such fires are more likely to occur in EVs than gas-powered cars, either spontaneously or after a collision. Not only is there no evidence to support this, statistics show that the opposite may be true.

Data from the National Transportation Safety Board shows that EVs have caught fire at far lower rate than ICE vehicles. About 3.48% of hybrid vehicles sold have been involved in fire, 1.53% of traditional gas-powered cars and just .025% of EVs. Some of this can be explained away by the condition of the vehicles. Mechanical and electrical fires are more common in older cars. With EV adoption still in its early years, there aren’t nearly as many older EV models on the road as gas-powered vehicles. Still, it would make sense for ICE vehicles to be more prone to fire since their power is derived from combustion – engines work by creating a constant series of tiny explosions. A single spark could cause a fire. EV batteries, on the other hand, need time to create enough energy (and heat) to even reach a combustible temperature.

While EVs don’t appear to be more prone to fires, they do pose a greater threat should a fire erupt. Lithium-ion batteries, which power most EVs, burn at a far higher temperature than other material, making them more difficult to extinguish. Additionally, under certain conditions, lithium-ion batteries can reignite, adding to the increased risk.