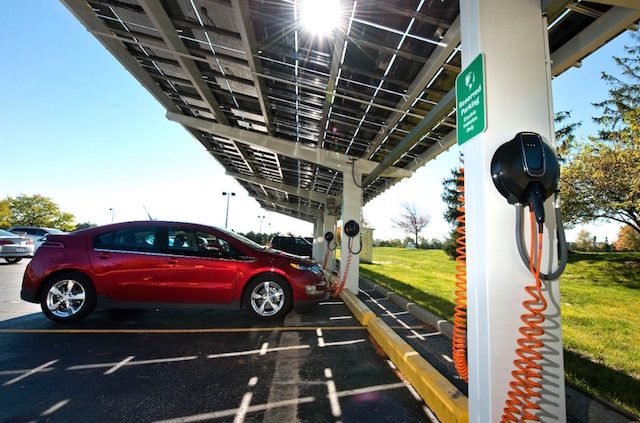 A recent AAA survey of electric vehicle owners found that nearly all (96%) would buy or lease another the next time they were in the market for a new car. And word has spread: Sales of EVs through the first five months of 2021 grew 150% compared to the same period last year. Even President Joe Biden voiced his support of the green technology by setting a national goal for EVs to make up half of all new vehicle sales by 2030.

Certainly, there could be no better seals of approval. Yet while buying electric cars has grown exponentially over the years, it still lags far behind that of traditional gas-powered cars. As of 2020, there were nearly 1.8 million EVs registered in the U.S., according to the Pew Research Center, three times as many as in 2016. That may seem like an impressive growth until you compare it to the 280 million cars in operation across the country. Indeed, EVs represented just 2% of the new cars purchased in the U.S. in 2020.

“Although 40 million Americans have shown interest in buying electric for their next car, actual adoption is happening at a much slower rate,” said Greg Brannon, AAA’s director of automotive engineering and industry relations.

The gap between interest in buying electric car and owning an electric car begs the question: What are the hurdles preventing the widespread adoption of EVs, and, more importantly, are they capable of being cleared?

There’s no getting around it: buying electric cars costs more, at least initially, than gas-powered cars.

The high cost is largely a byproduct of the expensive process of manufacturing EV batteries. Fortunately, battery prices are dropping precipitously. Bloomberg found the average cost to be around $130/kWh as of late 2020, whereas they cost more than $1,000 just 10 years ago. The news outlet predicts batteries will drop to an average of $100/kWh by 2023. This number would represent an important milestone because at $100/kWh per battery, Bloomberg estimates that EVs can be manufactured and sold to a mass market at the same price as gas-powered cars.

If consumers are able to overcome the initial higher costs, they should be able to make up that difference, if not surpass it, as EV ownership generally costs less than gas-powered cars. The money starts to come back in the form of tax credits. A federal tax credit of up to $7,500 per EV may be available depending on the model of EV as well as the owner’s tax liability. State governments also offer varying tax credits and other incentives that can further reduce the cost.

EV drivers will see additional savings over the lifetime of their ownership, as these vehicles cost less to both maintain and operate. (EVs don’t require oil changes or air-filter replacements, for example.) AAA research found, if maintained according to the automakers’ recommendations, annual EV maintenance costs $330 less than that of gas-powered cars. Then comes the all important factor of “fuel.” While electricity does cost money, it pales in comparison to the price of gasoline. As such, the power required to drive 15,000 miles per year in an EV costs an average of $546, according to AAA, less than half the price of the amount of gas required to travel the same distance.

All told, AAA found the total cost of an EV over five years and 75,000 miles of driving to be less than $600 more than owning a comparable gas-powered car. 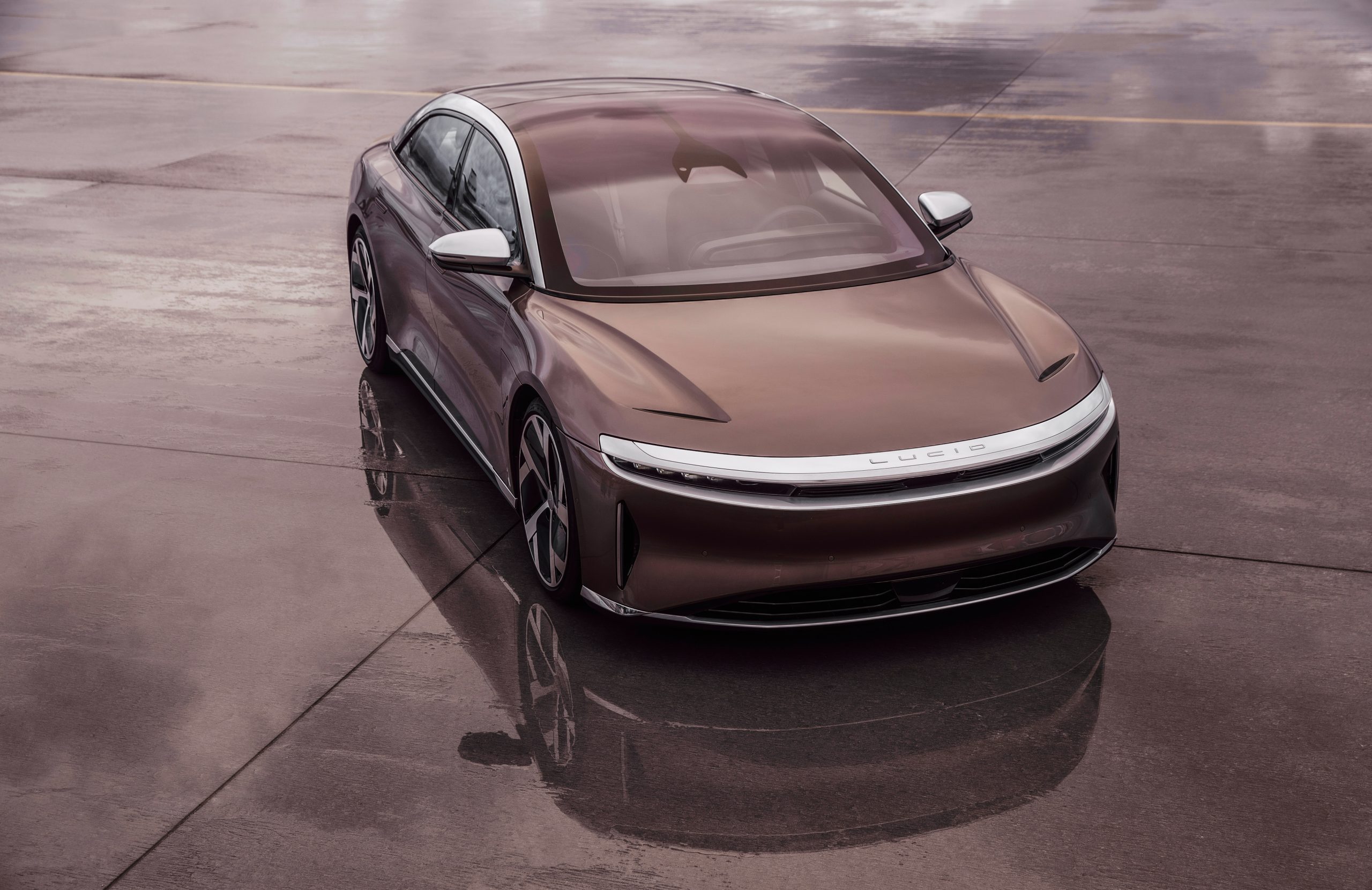 A recent automotive survey conducted by Deloitte listed driving range to be the biggest concern amongst U.S. consumers regarding all-battery-powered electric vehicles.

This is one problem that, although valid, shouldn’t pose the level of concern that it does. While limited driving range used to be a major issue — not too long ago, it was difficult to find an EV that could travel more than 100 miles on a single charge — it’s becoming less so with each passing year. Today, there are numerous models that can travel 200 miles. Tesla cars, including the best-selling Model 3, feature batteries capable of more than 300 miles. The soon-to-be-released Lucid Air boasts a range of 500 miles.

Range anxiety is likely an effect of drivers simply overestimating how much power they really need. The previous year’s Deloitte survey found the majority of consumers expected EVs to travel more than 200 miles per full charge even though they traveled an average of 27 miles per day. “Range anxiety is generally only a concern to people who don’t drive electric,” said Anja van Niersen, CEO of European EV charging network Allego.

Be that as it may, driving range is still an issue for those who don’t have access to readily available EV chargers, which points to a much more significant barrier to widespread electric car adoption.

The lack of public charging stations may just be the most significant hurdle to the widespread adoption of EVs in the U.S. The problem is most notable in two areas. First is with potential EV owners who don’t live in a single-family home, where most EV drivers charge their vehicles. Those who live in apartments don’t have this luxury and therefore have to charge their vehicle elsewhere. This can become a rather burdensome chore after time. Furthermore, apartment property owners are often hesitant at installing such infrastructure as it may be cost prohibitive.

Allowing the use of common outlets also poses problems. Because EV charging consumes more energy than most other residential uses, property managers would likely want residents to pay the electrical costs. This would require devising a way to monitor how much power is being used by each resident.

Regardless of living situations, public infrastructure is needed for all EV owners looking to make long-distance trips. There are more than 43,000 public EV charging stations in the United States, according to the Department of Energy. (If that seems like a large number, consider that there are nearly three times the number of gas stations.) But a 2019 study by the International Council on Clean Transportation found that this is just a fraction of the infrastructure needed. It estimated that 10,000 more charging stations will be required by 2025 to support EVs traveling between cities.

While EV infrastructure has a long way to go, local and federal governments appear committed to the trek. In 2019, two-thirds of U.S. mayors voiced their support of improving infrastructure even at the cost of additional parking space. More recently, a proposed trillion-dollar federal infrastructure bill is allocating $7.5 billion to fund the installation of 500,000 public charging stations across the country. If enacted into law, the legislation would be the federal government’s first-ever investment in EV chargers and, maybe, a sign of things to come.

Interested in purchasing an electric – or gas-powered – vehicle? Let AAA help get you in the perfect car for the right price with a low-interest auto loan.

What are your thoughts on electric vehicles? Are you considering owning an electric car the next time you’re in the market? What might prevent you? Let us know in the comments below.