How Far Can EVs Go on a Single Charge?

As these eco-friendly cars become more widespread, one question remains: How far can EVs travel before running out of power?

4 COMMENTS
Electric Vehicles » How Far Can EVs Go on a Single Charge? 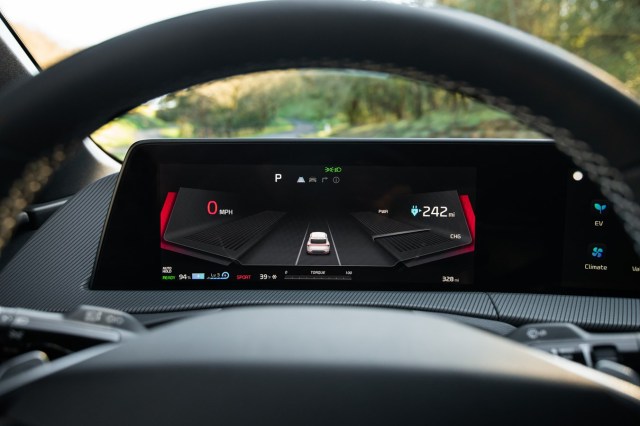 Electric vehicles sales in the United States continue to grow year-over-year. Yet, as these eco-friendly cars become more widely adopted, one question about their performance continues to linger among potential buyers: How far can EVs travel before running out of power?

The answer is an important one, as it indicates just how practical these vehicles are for the average motorist. The reality is EVs can travel much farther on a single charge than you might think. In fact, unless you’re driving long distances on a regular basis, running out of charge shouldn’t be a major concern.

What Is the Average EV Driving Range Today?

The distance an EV can travel on a single charge varies significantly between models. The Mazda MX-30 has a driving range of just 100 miles. On the other end of the spectrum are premium vehicles such as the Mercedes EQS, Tesla Model S and Lucid Air, which boast driving ranges of at least 350 miles.

Today, you’ll find very few EVs with driving ranges below 200 miles. Most fall between 200 and 300 miles. The median EPA estimated range for all 2020 EV models was approximately 260 miles, according to the U.S. Department of Energy. That number will likely continue to increase if trends stay consistent, as the average range a decade ago was less than 75 miles.

Consumers have long cited the fear of running out of charge while driving as a primary reason for not purchasing an EV. This concern, known as range anxiety, had its merits during the early days of EV adoption. As recently as 2015, the average driving range of an EV was less than 100 miles. But improvements in battery technology and efficiency have resulted in increased driving ranges across the board. The 2022 Lucid Air, for example, boasts a 520-mile EPA range, the highest of any EV sold today.

Range anxiety is likely an effect of drivers simply overestimating their daily mileage. U.S. drivers travel an average of roughly 13,500 miles each year, according to the Department of Transportation. That equates to just 37 miles per day.

The concern of range anxiety almost always wanes once drivers get behind the wheel of an EV. A recent AAA study found that 95% of EV owners reported never running out of charge while on the road and 77% percent of those who were initially uneasy about driving range were less or no longer concerned after purchasing their electric vehicle. “Range anxiety has been synonymous with electric vehicles from the beginning,” said Greg Brannon, AAA director of Automotive Engineering and Industry Relations. “Hearing firsthand from owners that this is no longer a worry may change the mind of those who have otherwise been skeptical to the idea of owning an electric vehicle.”

Most EV owners charge their cars at home. This is obviously the most convenient option – you can charge the car when you’re sleeping and it’s ready to go in the morning. It’s also the cheapest. Single-family homes generally have low and stable electricity rates.

There are two levels of charging available to you when using your home’s electricity: level 1 and level 2. If you plug your vehicle into a standard 120-volt wall outlet, you’re using level 1. This is the simplest charging method but also the least efficient. Level 1 charging takes time, adding roughly 5 miles of range per hour. If you don’t typically drive long distances, this may be more than enough.

Some drivers, however, need to get more miles out of their vehicles on a regular basis. That’s why many EV owners opt to upgrade to level 2, which delivers 240 volts and can add approximately 25 miles of range in one hour. The typical level 2 charging station can fully charge most EVs overnight. Level 2 charging isn’t a matter of flipping a switch or purchasing a different power cord. An electrician must upgrade your electrical system and install special equipment first.

Charging an EV at home is not always possible. Sometimes you’ll need (or want) to charge your car at a public charging station. There are nearly 50,000 such locations across the United States. The vast majority of these (roughly 90%) are level 2 chargers. More than 15% of stations utilize level 3 charging, either exclusively or in addition to level 2. Level 3, also known DC fast charging, can add 100 to 200 miles of range in just 30 minutes. Tesla owners can also charge at Tesla’s own network of Superchargers (30,000 worldwide), which can add up to 200 miles in as little as 15 minutes.

Much of the focus regarding EVs centers on manufacturing batteries that are less expensive, lighter, store more energy and charge faster.

Most EV batteries on the road today are lithium-ion. Scientists and researchers have been experimenting with battery chemistry in hopes of improving performance. A cobalt-free battery, for example, could potentially produce a range above 300 miles, while reducing charge times and manufacturing costs. Nanotech Energy, meanwhile, is working with partners to develop a graphene polymer-based battery that can provide EVs a maximum range of 500 kilometers and a recharge time of fewer than five minutes. Some feel that graphene batteries remain the most promising EV battery technology.

The breakthrough in technology most are hoping for may not come from tinkering with ingredients but from altering the way batteries are constructed. Today’s EV lithium-ion batteries have a liquid electrolyte, the conductive material that allows for the flow of electricity. Solid-state batteries, however, have the potential to be far more energy-dense, allowing them to store more energy and provide greater range. They will also charge faster and be lighter and less likely to catch fire.

Automakers, including Ford, Volkswagen and GM, are investing heavily in large-scale production of solid-state batteries. The technology is still several years away from being made available, however. Toyota has said its first vehicle with a solid-state battery will go to market in 2025. Stellantis, which owns Jeep and Chrysler, among other brands, has targeted 2026. Most experts believe solid-state batteries won’t be broadly available until 2030.

4 Thoughts on “How Far Can EVs Go on a Single Charge?”