A Fast Guide to 5G Technology

As we prepare to take a technological leap forward, we look at some of the advances associated with fifth-generation wireless service. 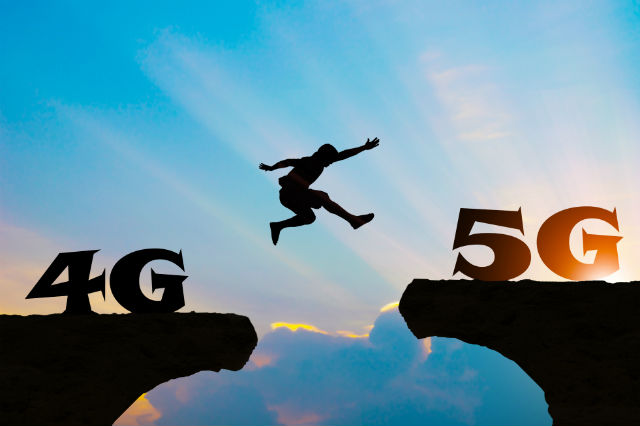 Wireless technology will soon get a whole lot faster with the rollout of the 5G network, but that’s only part of its impact. With greater responsiveness and further actualization of the “internet of things” or how devices talk to one another, 5G will improve emergency services, transform healthcare and pave the way for advances in communication.

At times your devices may seem to operate at lightning speed. Images load quickly, and video calls have no detectable lag. Moments later when you try to download a large file, it becomes clear that your device isn’t operating as quickly as you thought.

Ten times faster than the 4G network, 5G may facilitate a download speed of 2Gps.  Even if you aren’t familiar with this measure, you’ll notice a difference when you download a file that previously seemed to take forever. Consider how easily you will be able to receive feedback on a project when colleagues can review the massive CAD or video file you sent immediately. With a faster network, business communication will move along more efficiently.

A faster network has far-reaching impact, paving the way for new leaps in technology.  In the same way that 3G allowed us to exchange and share photographs in new ways, particularly through social media, 5G is the foundation for new advances we may not entirely predict. What we do know is that slow data transmission ruins experiences like virtual reality, mixed reality and a host of multi-user experiences.

While information exchanges often happen in what seems like real-time, the truth is that small lags happen constantly. We just don’t detect them. In the normal course of communication, lags of 50 to 100 milliseconds aren’t even a cause for concern, but when you consider the need for real-time communication between machines during remote robotic surgery, they’re much more significant.

Reducing latency, or the gaps between instruction and response time, will have the most impact on situations that require instant feedback. The same haptic gloves that give virtual reality game players a sense of touch may be used by doctors to conduct surgery in a virtual environment, with a robot responding to their every move. Not only does this allow for quicker response to a changing surgical situation, it has applications in real-time remote medical training.

We won’t reach zero latency, but 20-millisecond lags will dramatically increase the safety of certain technologies, such as autonomous vehicles and robots used in rescue efforts. In a 5G world, rescue workers also may navigate disasters more safely as robots designed to enter a burning or collapsing building will respond to their instruction in real-time, potentially saving lives and mitigating damage to communities.

It’s easy to spot areas with poor network coverage. When you wander into them, your music stops, a map application stalls, or your call drops. Keep wandering and suddenly everything is working again.

With the new advances made possible by the 5G network, not only does your smartphone need reliable coverage, so does anything that relies on the network. In a world that will rely on real-time communication, everything from parking spaces to surgical robots will depend on getting the right signal at the right time. Beamforming is the technology that makes this possible by reducing interference and aiming signals more precisely.

Rather than the current method of broadcasting signals in all directions, cell base stations will determine the best route for transmitting each signal, even bouncing it off a building or other object when necessary to avoid interference with other signals. This method combined with replacing a few large cell towers in an area with an abundance of smaller base stations will enable even more users to communicate with precision.

A host of technologies collectively make 5G wireless service possible, and they will make innovations possible for the IoT, connecting even more aspects of our lives. We already may live in homes with connected appliances, remote thermostats, and scales that allow us to track heart health on our phones, but we have only scratched the surface of what’s possible.  From greater network density to faster speed, 5G is paving the way for smarter homes, ones that promise greater security and convenience.

When we step outside the home, we will see even more applications of this enhanced connectivity. Think about the sheer amount of time wasted sitting in traffic. Smart cities will be able to adapt to real-time traffic conditions, adjusting the wait time at red lights.  By the time you arrive at work, your stress level and vehicle carbon emissions will both have been reduced by the improved commute.

While government regulations largely will determine the future of autonomous vehicles, it’s clear that without the 5G network, widespread use would be hindered. The safe operation of self-driving cars demands reliable communication between vehicles and with infrastructure, as conditions on the road are always changing. Without a network that can meet these demands and sustain low latency, there would be too many risk factors for drivers and pedestrians.

Advances such as remote surgery will become more precise when they rely on the 5G network, but the impact on healthcare extends beyond hospital applications. With the prevention of disease being critical to improving health and reducing healthcare costs, consumers need improved access to health monitoring and so do their care providers. Wearable devices and medical implants such as pacemakers with real-time communication will allow physicians to keep ongoing track of patients’ health status, helping to prevent potentially fatal episodes such as heart attacks and insulin shock.

As we experience the leap to a next generation network, we will begin to see the progress ushered in by extreme speed, low latency and improved coverage.

What about 5G are you most looking forward to? Let us know in the comments below!

One Thought on “A Fast Guide to 5G Technology”