Inside Car Connection Trends of the Future

We explore the latest technology and advances in car connection.

0 COMMENTS
Technology » Inside Car Connection Trends of the Future 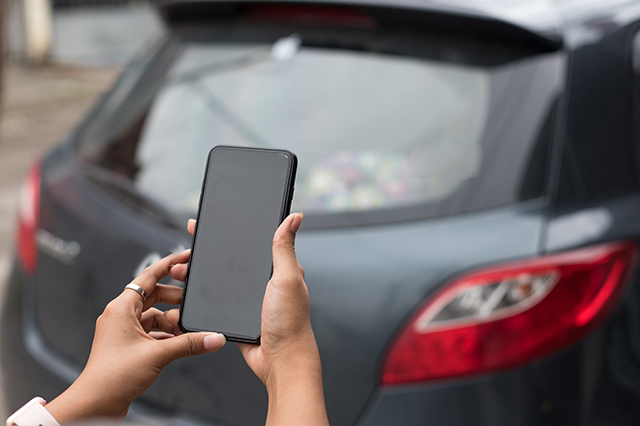 Our phones are smart, our cars are getting smarter and everything is getting connected. While the craze began with syncing across our electronic devices, tech companies have gone on to expand the list. Our phones can connect to everything from watches to workout apparel, and now cars. Check out our list of current tech for car connection below. Then, take a quick peek at what drivers can expect in the future. Hint: A more intuitive driving experience is on its way.

Car manufacturers have completely changed the way we interact with our vehicles. Companies like Ford, Mazda, Volvo and others have created applications that allow drivers to locate, unlock or lock their car, start the engine and set off alarms, all from the convenience of their smartphones. Why would any of this remote car connection be useful? Well, just think about the last time you walked inside a building and couldn’t remember if you locked the car. Or, the last time you completely forgot where you parked.

Our obsession with voice-activated technology began with Siri. And now, with the urge to check text messages becoming a dangerous distraction and national epidemic, voice-activated technology has never looked so good. True, most manufacturers have already created seamless and user-friendly car to smartphone connections like Bluetooth. And yes, those connections make hands-free calling a breeze. However, there are still plenty of controls that require a driver to take a hand from the wheel. In response, Ford SYNC technology has taken things a step further, including voice-activated controls for the radio, climate and navigation systems. And many more car manufacturers are expecting to do the same. Whether it’s verbally or electronically, the future of car connection seems like it will involve more talking to our cars.

Over the past decade, cars have transformed into heroes with sixth senses and disaster-averting super powers. While drivers used to rely solely on their own instincts, the latest technology has made leaps and bounds in providing ways to increase safety on the road. Driver assistance technology has become the standard in newer car models. Systems feature things like lane keeping assist, blind spot monitoring, rearview cameras that help with parking and self-parking.

Car connection of the future

Our smartwatches and Fitbits can track heart rates, steps, caloric expenditure, sleep cycles and oxygen levels, and soon, industry experts expect our cars to do the same. Already synced with our phones, it’s only natural that car connection develops to include more tech and electronics, including our wearables.

In fact, thanks to research conducted by Ford and other car manufacturers, personalized assistance is in the works. According to Wired, cars will be able to monitor a driver’s vital signs by linking up with fitness bands and other wearables. Nodding off? The vehicle will be able to react automatically. And if your fitness band detects a spike in heart rate, adaptive cruise control might kick in and increase the distance from the car in front you. Talk about the car of the future.

With all of this increased interaction, data and input is going to significantly reshape the driving experience. The true overhaul won’t come until our vehicles don’t require any driver input at all. Previously thought of as a cool science fiction brainchild, it has become clear that self-driving cars are a very real future – and one that might arrive sooner than we expect.

Major corporations and car manufacturers are already experimenting with this new technology. The Google self-driving car project, called Waymo (short for New Way Forward in Mobility, has logged millions of miles in test drives on real roads and billions of miles of simulation. And according to BBC, there were only 124 “disengagement” incidents in 2016 where a driver had to take control of a test vehicle on public roads, an improvement compared to 341 in 2015. It’s obvious that the technology is becoming more adaptive and responsive, but is the public truly ready for self-driving cars?

Challenges go hand in hand with any large-scale change, and increased car connection will be no different. Among the largest obstacles that the automotive industry will face: public distrust. Consumers are still wary about the reliability and safety of a completely autonomous car, and rightfully so. It’s scary to think that your life will be in the hands (or in this case operating system) of a machine.

How do you feel about the increased car connection and digital technology in cars? Let us know in the comments below.