Everyday Car Tech That Proves We’re Living in the Future

It seems like only yesterday we were cranking the windows down by hand. With today’s advanced car tech, though, we’re safer and more spoiled than ever. 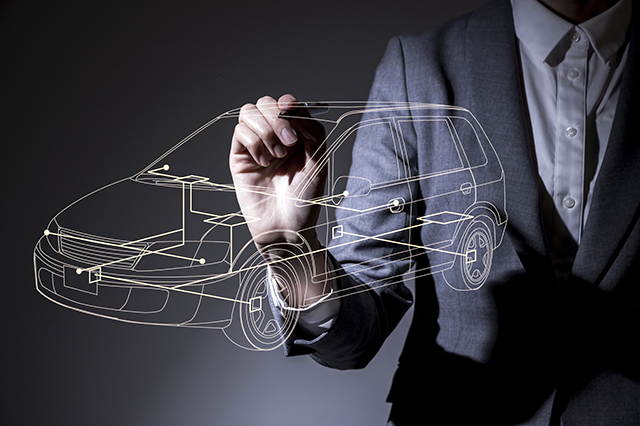 Although self-driving cars aren’t quite on the market yet, there are still many impressive automotive features that show us just how far car tech has come. Cars built in the last decade are safer, more ergonomic and more digitally enhanced than their predecessors. If you’re in the market for a new car, here are 10 neat features that have become commonplace car tech in recent years.

Most cars now have rear-facing cameras that automatically switch on when the car starts going in reverse. However, more and more automotive companies are implementing multiple cameras, or even 360-degree panoramic views around the car, so the driver can be totally aware of everything happening around them. This kind of car tech is extremely useful when changing lanes on a busy highway or engaging in complicated parking maneuvers.

Rear-mounted radar is a now common safety feature that has saved countless lives. This car tech feature can alert the driver of any objects behind the car, which is useful when backing up to avoid any blind spots, and also on the highway as well to avoid a potential collision. Depending on the car, the alert can function as an alarm, a vibrating seat or a flash of light.

Another useful feature on modern cars is automatic high beam control. This feature automatically detects when another car is approaching at night, and lowers the high beam light accordingly. After the car passes, it returns to normal. Although it might not seem like much, this neat feature allows the driver to focus more fully on the road, as they don’t have to switch the light from high to low over and over.

Tire pressure monitoring is one useful car tech feature that has taken off in recent years. Thanks to this invention, your car can now alert you when your tire is starting to go flat. Run-flat tires are also more common these days, which allow your car to drive normally for a time after beginning to flatten.

Night vision pedestrian detection is another great safety feature that enables drivers to spot pedestrians in the dark. A display on the dashboard highlights the location of anyone that might be in front of the car. This kind of technology is essential to save lives and limit collisions with pedestrians.

One of the most exciting features of modern cars is their ability to respond to a crash. This doesn’t just mean employing an airbag, although airbag technology has also advanced to accommodate different body types and situations. In the event of a crash, many cars now automatically shut off fuel and unlock doors, and others even instantly alert emergency services.

Your typical cruise control feature is much more advanced than it was a decade ago. While this car technology maintains your speed at the same rate, it also has safety features in place that can detect a car that’s too close ahead and initiate the brakes, and even make your seatbelt tighter!

Rollover prevention is one of the most useful car tech innovations, especially in inclement weather. The car detects when the wheels are beginning to skid and the car has the potential to flip over, and in response applies the brakes and maneuvers the car back to its normal state. This kind of tech has potentially saved many lives, especially teens or reckless drivers who might speed around corners too quickly.

Perhaps one of the most popular car innovations of recent years is parking assistance technology, particularly in regards to parallel parking. Many drivers view parallel parking as a nuisance at best, while others can’t master the maneuver despite numerous attempts. Parking assist allows the car to essentially park itself using advanced detection sensors, with minimal input from the driver. Although some might be afraid to let their car park itself, the feature is remarkably reliable and effective.

Aside from all of these amazing safety and convenience features, cars themselves have become more lightweight over the years from using lighter, high-quality materials, such as carbon fiber and military grade aluminum. Rear-view lights have also improved in quality with LED displays that allow for greater visibility on the road. Of course, cars are also becoming increasingly fuel efficient, and every day hybrid and electric cars are becoming more mainstream and economical.

The next 10 years are sure to introduce us to more amazing car tech developments, but for now, we can appreciate how far our car technology has come.

Did we miss any of your favorite car tech features? Let us know in the comments!