To Autonomy and Beyond! The Latest on New Technology in the Auto Industry

With innovative new technology being unveiled with every updated model, cars are getting smarter every year.

0 COMMENTS
Technology » To Autonomy and Beyond! The Latest on New Technology in the Auto Industry 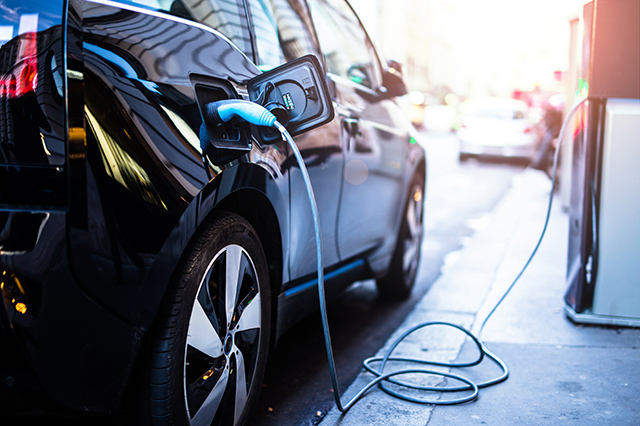 New technology for cars is being unveiled every year, and we’re just starting to see some of the groundbreaking tech that will be commonplace in the next decade. Some of this new car tech is available in a few select (and expensive) models, while others have yet to hit the market. Here’s some tech news we can look forward to in the near future.

Essentially, a driver override system allows the car to override the driver’s commands and make its own decisions. This may sound like something out of a dystopian movie, but this feature actually has important safety reasons.

For instance, the car will be able to stop on its own to avoid a collision, all without the driver’s input. As the technology progresses, this will allow the car to maintain safety at all times, regardless of the driver’s mistakes or bad habits. Parents will definitely welcome these features, as it can act as a safety measure if their teen engages in reckless driving behavior.

Related to this is the development of autonomous driving technology. Although most people might assume self-driving cars will come out 20 to 30 years in the future, we’re actually closer than you might think. We already have new models coming out with semi-autonomous driving systems that are remarkably smooth in operation.

Tesla is at the forefront of this new technology, with its Autopilot system that’s a central part of its newer vehicles, and some 2017 Mercedes also have a semi-autonomous system called DrivePilot. Although these systems are impressive and take control of braking and steering remarkably well, at this stage it’s still important to keep your hands on the wheel.

Vehicle-to-vehicle communication is another important feature that more automotive manufacturers are trying to implement. This new technology can help cars on the road sense other vehicles and transmit data accordingly. This relates to autonomous driving, because if cars will start to operate themselves, they need to have constant knowledge of other vehicles that are sharing the road. This technology also enables cars to share information like traffic and weather conditions.

Just as with our favorite smartphones and connected devices, many cars are now responding to voice control, and even gesture control, which is part of some high-end BMW models. For instance, drivers can indicate a “wiping” motion with their hand to activate windshield wipers. Although it might not seem like much right now, this new technology will definitely evolve to process more advanced features through hand motions.

While it’s clear to most drivers that electric cars are the way of the future, the high price tag on hybrids and battery-powered cars are often a major deterrent. However, this technology is becoming more mainstream every year.

After the introduction of the Chevrolet Bolt, which has an amazing 238-mile range on a full battery charge, manufacturers have been revealing more efficient and affordable electric car models. If you’re in the market for a new car, look into available tax incentives that might cut down the price tag a bit!

Believe it or not, augmented reality is already becoming a reality in newer models, which will assist with navigation and help the driver better understand the roadway. For instance, expect to see your GPS display more fully integrated as you’re driving, displaying signals like arrows on the road indicating where to turn.

Aside from this, general HUD displays will become much more intuitive and display seamlessly on the glass. Intelligent personal assistants like Windows’ Cortana will be making their way into newer Nissan models in the near future, which will allow drivers to stay connected on the road.

As we’ve seen in other security systems, car entry will start using more advanced identity scanning systems. Drivers will no longer use a key or even a button to enter their car; rather, retina scanning of the eye or fingerprint sensors will be the way of the future. This is a lot safer than using keys to open your car, because your fingerprint can’t be stolen or replicated.

Similarly, remote vehicle shutdown will prevent many cars from being stolen and put an end to dangerous car chases. This new technology is already in use, but will be much more prevalent by 2020. Essentially, the owner of the vehicle can report when their car has been stolen, and the company can begin to power down the car safely.

These intriguing new technology innovations in the auto industry will make driving safer, more convenient and more intuitive, and we’re excited to see how new car tech transforms over the next decade.

Any cool tech news we missed? Let us know in the comments!