Want to hear a story? Check out one of these weird and wonderful audio dramas. 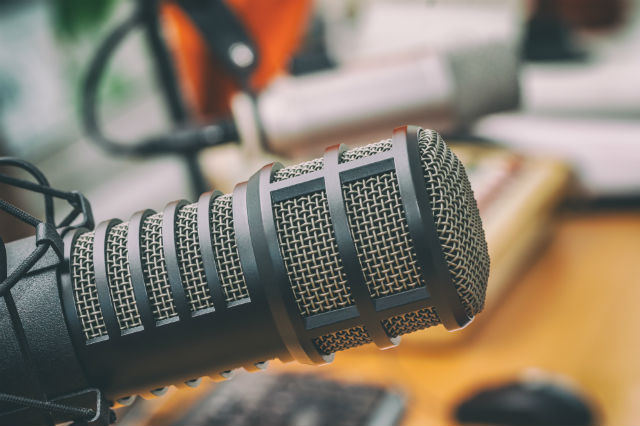 This post is part of “Podcast Pulse,” a series featuring overviews and suggestions for all the latest and greatest podcasts.

Audio dramas, or fiction podcasts, are different than the podcasts that I’ve recommended in this column before. As podcasting as a medium becomes more mature, podcast genres are diversifying, podcasts are growing and podcasters are telling more unique stories. Audio dramas are worlds away from the “two guys shooting the breeze” podcasts that were once inescapable. In the world of audio drama, the possibilities are endless. And as the medium of podcasting grows, audio dramas are gaining more steam.

Here are some of my favorite audio dramas and fiction podcasts, in no particular order.

“Welcome to Night Vale,” written by Jeffrey Cranor and Joseph Fink, was perhaps the first breakout hit in the world of audio drama podcasting. Narrated by radio host Cecil Palmer (voiced by Cecil Baldwin), “Welcome to Night Vale” is about everyday life in a desert town. It just so happens that this particular desert town is populated by glow clouds, uncanny-looking angels, mysterious hooded figures, sentient plastic bags and secret police. “Night Vale” is meditative, imaginative and deeply weird, with a style that sits somewhere between Lemony Snicket and H. P. Lovecraft.

You don’t need to listen from the beginning, but it’s a lot more fun if you do.

Written by Joseph Fink of “Welcome to Night Vale,” “Alice Isn’t Dead” chronicles a truck driver (voiced by Jasika Nicole) searching for her wife, Alice, who had been assumed dead. As she makes her lonely drive across the country, she encounters towns that sit beyond the bounds of reality, a ravenous creature that wants her dead, and a conspiracy that could explain even more than Alice’s disappearance.

Listen from the beginning.

“Tides” opens with astrobiologist Dr. Eurus (voiced by Julia Schifini) stranded on the Earth-like moon of Fons. Created by Jesse Schuschu and Ayla Taylor, “Tides” is named for the extreme tidal waves of Fons, which haunt Dr. Eurus as she seeks higher ground and examines the otherworldly creatures of the intertidal zone. From the squelching sounds of Dr. Eurus’s boots to the occasional crackles of her audio transmission, “Tides” is a completely enveloping experience.

Listen from the beginning.

It wouldn’t be a Podcast Pulse list if I didn’t include something by the McElroys. Like “Join the Party,” “The Adventure Zone” is an actual-play podcast in which the McElroy brothers (and McElroy father) play a tabletop role-playing game together. The first arc, Balance, features Griffin McElroy as the dungeon master, with a wizard named Taako Taaco, a fighter named Magnus Burnsides and a cleric named Merle Highchurch (voiced by Justin, Travis and Clint McElroy, respectively). It has the lighthearted goofs that the McElroys are known for, but the stories and characters are also allowed to deepen and grow over time. It is not to be missed!

“Tenebras Occulta” is the last movie you’ll ever see. This tense, tight series written by Terry Miles unfolds over six episodes. Radio host Nic Silver (voiced by Terry Miles) and hacker MK (voiced by Kristine Kofsky) investigate rumors about a film that drives its viewers insane. In their quest to attend a screening, they encounter cults devoted to “Tenebras Occulta,” shellshocked former crew members and strange stories behind the making of the movie.

Listen from beginning to end.

Dr. Bright (voiced by Julia Morizawa) is a therapist whose clients just happen to have superpowers. For example: One of them can time travel and another claims to hear the voices of angels. But who is Dr. Bright, and what exactly does she want from her strange and unusual clients? Creator Lauren Shippen centers the series on recordings of Dr. Bright’s therapy sessions, making it feel like you’re listening in to something you shouldn’t.

Listen from beginning to end.

Do you listen to any audio dramas? Which are your favorites? Let us know in the comments below.