Justin McElroy talks about his many projects and podcasts, the development of the podcasting space, medical mishaps and "Trolls 2." 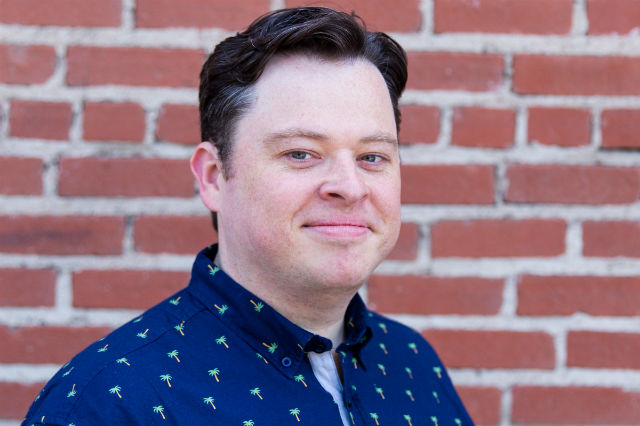 This post is part of “Podcast Pulse,” a series featuring overviews and suggestions for all the latest and greatest podcasts.

“Oldest brother” Justin McElroy has been involved in many of the shows I’ve recommended in Podcast Pulse before, like “My Brother, My Brother and Me” (or MBMBaM), a show he does with his brothers, Griffin and Travis. When I talk about podcasts, I’m unable to go more than a few minutes without mentioning a McElroy show. That’s because the shows created by the McElroy brothers (and McElroy family) are as enjoyable as they are numerous.

Some of Justin’s other shows include:

“Sawbones” – A podcast about the bizarre history of medicine and medical treatments, starring Justin and his wife, Dr. Sydnee McElroy.

“The McElroy Brothers Will Be in ‘Trolls 2’” – The McElroy brothers are on a mission to voice characters in “Trolls 2.” Justin provides overly serious narration in the vein of prestige podcasts like “Serial” or “S-Town.”

“Til Death Do Us Blart” – The McElroy brothers, along with Guy Montgomery and Tim Batt of “The Worst Idea of All Time,” watch “Paul Blart: Mall Cop 2” every Thanksgiving.

I called Justin up to talk about his many projects, his podcasting history and how podcasting has grown as a medium.

The following interview is edited for length and clarity.

Your AAA: I’m gonna start at the beginning. When did you start podcasting?

Let’s see…My dad has been a radio guy the entire time I’ve been alive, and he used to have us doing ad reads and stuff like that when we were kids. I actually used to board-operate the station on the weekends as a teenager. I even had a Sunday evening shift on the radio as “Justin Tyler.” I had that great stage name.

I started at AOL’s videogame blog, Joystiq, in 2007 – I had been freelancing, writing about games for about 10 years before that. They started their podcast in 2008 and I joined the podcast about 10 episodes in. We did maybe a couple hundred episodes of the Joystiq podcast, and I spun off “My Brother, My Brother and Me” from that audience in 2010.

Your AAA: So now you have, I don’t know, maybe a million podcasts –

Do you know what? Honestly, it’s not that onerous. “My Brother, My Brother and Me” we usually do Wednesday afternoons at 3. Then we do “The Adventure Zone” every other Tuesday, and then Sydnee and I do “Sawbones” whenever we can get everybody napping at the same time.

Your AAA: Where did the idea for “Sawbones” come from?

Our first podcast was called “Losing the Sheen,” and it was a recap show of “Two and a Half Men” made by people who hadn’t watched it until Charlie Sheen left the show. So we started with the first Ashton Kutcher episode, and think we did nine, 10 episodes of that? Then we started doing a TV podcast called “Satellite Dish” where it was just general TV stuff. And we got up to the point where we were watching TV just for the express purpose of it being on the show. We were trying to think of new ideas, and Sydnee’s always had this interest in medical history and medicine, which obviously is her forte because she’s a physician. We didn’t want to do something that could be construed as medical advice or opinion, so we hit on the history angle which is something she loves, she’s wild about, and we have a unique perspective.

Your AAA: What’s the recording setup for MBMBaM? Because I know you all record remotely.

Well, we’re just on Skype. It’s not terribly glamorous. We used to have video on, but then we would spend the entire recording making dumb faces at each other. So now we can’t see each other when we do it. It has to be disembodied voices. Whenever we’ve been in town together – and not in a live show – and we’ve tried to record while looking at each other, it’s just the worst.

Your AAA: So is there a different vibe when you’re doing a live show as opposed to the traditional setup that you have?

I think we’re more willing, in a recorded episode, to go a lot longer without laughs. You can explore something and see if something comes of it. In a live show, it gets very panicky if you’ve gone a couple of minutes without anybody laughing. So I think we tend to turn a lot faster through topics and what-have-you during a live episode.

Your AAA: How has podcasting changed since you started out, do you think?

I think the big arc for podcasting has been to be bringing people into it. I think the biggest difference between now and a decade ago is the number of people that know what it is.

It’s become less and less niche…while still being pretty niche in the grand scheme of things. It’s not wildly adopted, so we have room to go there. But I think that’s the biggest difference, that you have a lot more people being aware of it. There are a lot more places in the space, which is pretty cool.

Your AAA: So how, then, has the fan community for your podcasts grown over time?

Um…I don’t exactly know how to answer that question.

It’s bigger! Which is good. It has grown in an … upward trajectory, which is good. We are really lucky. We’ve always had really cool, supportive people at our backs, and we’ve always felt really privileged as a result.

Your AAA: OK, I guess I’ll go for a more straightforward question. Are you going to be in “Trolls 2”?

(Note: A few days after we spoke, this article dropped.)

Your AAA: You’ve spun a few of your shows off into different forms of media, like the MBMBaM TV show, the upcoming “Sawbones” book, and the “Adventure Zone” graphic novel. What is it like to take your podcasts and transform them into something else?

It’s interesting to see what the core of the show is. You learn a lot more about what the thing is capable of and what it actually is when you bring it to a different medium. I think that for “Sawbones,” the biggest thing was to see how much work it takes to write an entire book. Give me podcasting any day, hachi machi is there ever a lot of words in a book. Another thing that was cool about the “Sawbones” book is that Sydnee’s sister, Taylor, is doing the illustrations for that. There’s a lot of things, when you’re doing anatomy, that are difficult to convey. Having illustrations there is really nice.

Your AAA: To concentrate a little more on “The Adventure Zone” for a bit, what are you thinking about when you’re portraying a character like Taako or Duck Newton?

I … you know, it’s funny. I mean, at that point, it’s basically acting. It’s basically just having a character, thinking about that character and trying to keep them in your head. And then just reacting like the character would in that scenario. It’s as close to pretending as you get. It’s pretty much just pretending, playing pretend.

Your AAA: What are your favorite podcasts to listen to?

Other than the ones that my family makes, I love “Hello from the Magic Tavern.” And I just binged all of “Reply All,” which I think is genius. Travis got me into this show called “Cocaine and Rhinestones” that’s made by David Allen Coe’s son, Tyler Mahon Coe. It’s stories of 20th century country music, which isn’t something that I was very interested in, but behind the scenes a lot of that stuff is fascinating.

Your AAA: What would you say to someone who’s just starting their own podcast?

Justin: Make a show without the expectation of ever making bank off of it. Because I think a lot of people go into it thinking they’re going to make it a full-time career. While, obviously, some people do that, I think it’s increasingly, extremely difficult. If that’s your goal, I think it’s gonna feel like sort of a failure. If your show is something that really interests you and that you’re passionate about, I don’t think you can go wrong.

Your AAA: Oh, one last thing! What’s the deal with the generic podcast merch you guys just debuted? I took a look at them and they are delightful.

That’s it. We’re just making stuff that’s funny to us. Griffin and I used to go to E3 every year, and at E3 they would have this gamer merchandise. You see a lot of things that are like based around the word “gamer.” They actually had shirts that had “100% GAMER” on them and I’m thinking, like, you don’t see that in podcasts. Where are your, like, “100% PODCASTING” T-shirts? And that’s how the conversation got started. It just kind of makes us laugh. And it’s dumb enough that we decided to give all the proceeds to charity because we felt guilty about making money off this dumb thing that we came up with.

Looking for some more podcasts? Check out my Podcast Pulse articles about shows for new listeners, the best comedy podcasts and ways to find the perfect show for you.