In a day and age when just about everyone has a comedy podcast, it can be tough to figure out which are the funniest. 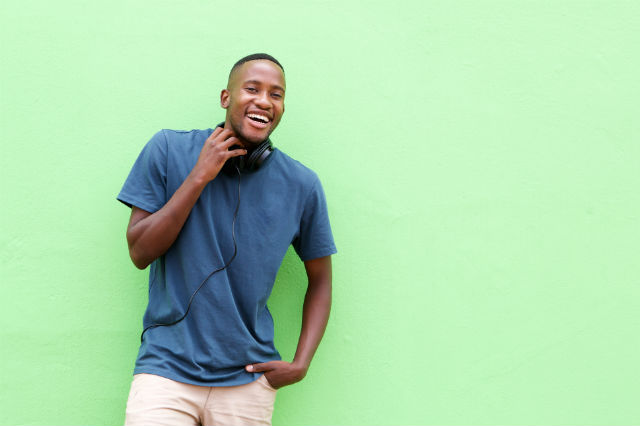 In a day and age when literally everyone has comedy podcasts, it can be tough to tell which are actually funny. Ultimately that’s up to you and your sense of humor, but it’s helpful to get a head start. The following are some of my personal favorite comedy podcasts.

My Brother, My Brother and Me

Any good list of comedy podcasts is going to include “My Brother, My Brother and Me,” or MBMBaM (pronounced “mah-bim-bam”) for short. MBMBaM is hosted by the McElroy brothers: oldest brother Justin, middle brother Travis and “sweet baby brother” Griffin. It’s an advice show in which they field questions both from their listeners and Yahoo! Answers … and don’t actually give any advice.

Some of their most-loved jokes, unironically called “goofs,” are Glass Shark, Amelie, Cromslor and A Case of the Mondays.

One of the most famous fans of MBMBaM is Broadway superstar Lin-Manuel Miranda, who snuck some McElroy references into “Hamilton” and signals fellow MBMBaM fans whenever he’s in front of a camera.

Comedian Emily Heller and cartoonist Lisa Hanawalt are on a mission to know everything. From guest experts, to obscure Wikipedia pages, to updates from Martha Stewart’s Fell pony, Ban Chunch, “Baby Geniuses” has everything you never knew you needed. Heller and Hanawalt’s friendship makes the irreverent and bizarre podcast feel like a series of secret handshakes and inside jokes (like Lisa Hanawalt’s childhood as a horse girl).

Though they both have a similar sense of humor, the hosts bring two completely different energies to the podcast – from Heller’s brash, stand-up style to Hanawalt’s soft-spoken, arty absurdism.

When I first found this show, there were a total of three episodes. When I pressed “play,” something bizarre happened. The hosts were talking about blood and guts, about bodies being mistaken for Halloween decorations and grisly conspiracy theories. And they were laughing. I was laughing too.

“You’re in a cult!” Kilgariff said once, as though she could speak directly to the victim in her story of the week. “Call your dad!”

Kilgariff and Hardstark bring just the right mix of sugar and spice to the podcast, matching their grisly tales of murder with their irreverent, light-hearted attitude. In their world, survivors are superstars, victims have agency and serial killers are mercilessly mocked. It’s a nice world to live in for a little while.

At the end of every episode, Kilgariff and Hardstark cheerfully remind the listener to “Stay sexy, and don’t get murdered!”

There’s a reason this is one of the most successful comedy podcasts out there. Comedians Jessica Williams and Phoebe Robinson host this live comedy show with a retinue of amazing stand-ups. Williams and Robinson are an amazing comedy partnership, so much so that their organic conversations are funnier than most of the (famous and talented) guests they have on the show. Williams and Robinson’s comedic chemistry and whip-smart jokes are enough to make any listener fall in love with them.

Til Death Do Us Blart

Every American Thanksgiving, the hosts of “My Brother, My Brother and Me” join Guy Montgomery and Tim Batt of “The Worst Idea of All Time” to watch and review the film “Paul Blart: Mall Cop 2.” In the first episode, they establish the fact that the show is “eternal” and will produce an episode every year until “the end of recorded time.” It’s a bizarre idea that gets even weirder, real fast. This past Thanksgiving, Griffin McElroy watched the movie set to Pink Floyd’s “Dark Side of the Moon.” When too many scenes sync up too well to the music, he emphatically proclaims “They did it on purpose!”

This year, make “Til Death Do Us Blart” part of your holiday tradition.

Recommended Episodes: All three of them.

Here are some of the funniest podcast episodes of all time, presented without comment.

What are your favorite comedy podcasts? Let us know in the comments below!

Looking for some more podcasts? Check out more Podcast Pulse articles about shows for new listeners, podcasts for road trips and ways to find the perfect show for you.