On the hunt for a new podcast? Let our podcast matchmaker help! 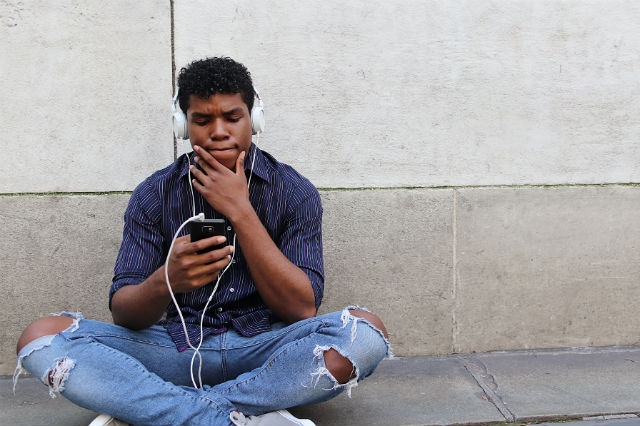 Are you on the hunt for a new podcast? Is your podcast search getting a little confusing? Whether you’re a podcast junkie or a newcomer to the medium, it can be hard to tell which podcast you’ll really enjoy. There aren’t really trailers for podcasts – just a tiny icon and a brief summary. Enter the podcast search matchmaker. Just find a movie or TV show that you’ve fallen in love with recently, and you’ll see a podcast that is perfect for you.

If you like “Orange is the New Black,” you’ll love “Ear Hustle.”

“Orange is the New Black” is about fictional prisoners in a fictional prison, but “Ear Hustle” is the real deal. With the help of visual artist Nigel Poor, inmates Earlonne Woods and Antwan Williams report on life inside San Quentin State Prison. Throughout the podcast, Poor, Woods and Williams examine the prison’s racial hierarchy, rules for conjugal visits, parole hearings and more. “Orange is the New Black” viewers will be especially interested in “Episode Four: The Shu,” “Episode Seven: Unwritten,” and “Episode Eight: Left Behind.”

Netflix’s recent adaptation of Margaret Atwood’s “Alias Grace” is famously based on a historic true crime story. Sure, “Alias Grace” has some blood and guts, but it’s more interested in the mental and emotional machinations behind a murder. “Criminal,” a podcast by Phoebe Judge, is similarly interested in the stories behind the crimes, and the interior lives of those who committed them. “Criminal” runs the gamut of crime stories throughout time, from recent cases to historic oddities. Episodes that might be of particular interest to “Alias Grace” fans include “Secrets and Seances,” “Jolly Jane,” “Carry A. Nation” and “In Plain Sight.”

If you like “Full Frontal with Samantha Bee,” you’ll love “Call Your Girlfriend.”

“Full Frontal” is beloved for host Samantha Bee’s unapologetic feminism and biting sense of humor. Searching for the same tone can help you on your podcast search. On “Call Your Girlfriend,” friends Aminatou Sow and Ann Friedman have a similar no-holds-barred ethos. They talk about feminism, pop culture, politics, bodies and more. In addition to their one-on-one conversations, they also interview movers, shakers and feminist trailblazers biweekly.

If you like “Outlander,” you’ll love “Stuff You Missed in History Class.”

In Starz’s “Outlander,” based on the novels by Diana Gabaldon, protagonists Claire and Jamie get themselves involved in increasingly historic events. It’s an exciting show all on its own, but becomes even more fun when you have some historical context. “Stuff You Missed in History Class,” hosted by Tracy V. Wilson and Holly Frey, is a tour through the forgotten corners of history. The episodes are heavily researched, and Wilson and Frey are funny and engaging storytellers. “Outlander” fans will particularly love “The Jacobite Rising of 1745,” “Elizabeth Blackwell, America’s First Female M.D.,” “Bloomers and Beyond: A History of Underwear” and “Jamaica’s Maroon Wars.”

If you like “Making a Murderer” you’ll love “Serial.”

“Making a Murderer” is a docu-series about Steven Avery, who has been accused of a heinous crime and seems to be persecuted by his neighbors in Manitowoc County. Similarly, the first season of “Serial” is the story of Adnan Syed, who has been convicted of murdering his high-school sweetheart, Hae Min Lee. But did he actually do it? Reporter Sarah Koenig gets involved in the case to find out. Both “Making a Murderer” and the first season of “Serial” struggle with questions of innocence, memory and the elusive nature of truth.

If you like “American Horror Story,” you’ll love “Lore.”

Ryan Murphy’s campy anthology series, “American Horror Story,” is about American ghost stories come to life, and it can also help you on your podcast search. Aaron Mahnke, the host of the podcast “Lore,” investigates the true stories behind our tall tales. His resonant voice and purple prose drag listeners into a world of vampires, haunted dolls, cannibals and ghosts. “American Horror Story” fans will be drawn to “Episode 53: Trees and Shadows,” “Episode 50: Mary, Mary,” “Episode 46: Dark Conclusions” and “Episode 34: All the Lovely Ladies.”

Jordan Peele’s “Get Out” is equal parts social criticism, horror and satire. On the podcast “Black Men Can’t Jump (In Hollywood),” hosts Jonathan Braylock, Jerah Milligan and James III engage in social criticism through movies with black male protagonists, while cracking jokes and occasionally facing the horror of a terrible movie.

If you like “Shark Tank,” you’ll love “The Pitch.”

“Shark Tank” is a show that brings families together to yell at the TV. It’s a sort of beauty-pageant version of capitalism…or a freak-show version, rather. “The Pitch” has a similar premise to “Shark Tank” in that it invites entrepreneurs to peddle their wares in front of a panel of angel investors. The investors, Daniel Gulati, Jillian Manus and Phil Nadel, hear one pitch per episode, then decide whether or not they will invest. The great thing about “The Pitch” is that it gives more insight into the investors, the entrepreneurs and the product. “Shark Tank” viewers will love “#21 Metabrew,” “#6 Guru Games” and “#2 iMirror.”

What great podcasts have you stumbled across on your podcast search? Let us know in the comments below!