What is Your Smartphone Style Profile?

For the tech-lovers to the selfie masters, here’s how to choose a phone that suits you.

0 COMMENTS
Technology » What is Your Smartphone Style Profile? 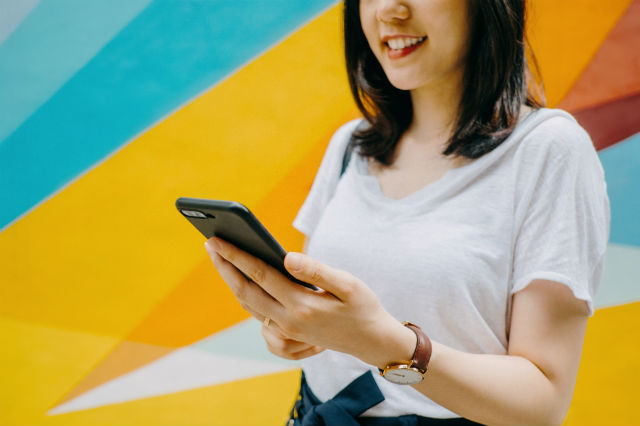 Whether you share photos frequently on Instagram or your day is packed with teleconferences, chances are the smartphone is your most often used device. Choosing one is a highly personalized process that should consider the ways you use your phone and the features on which you won’t compromise. For instance, tech aficionados may find the most satisfaction with cutting-edge technology, while photographers and artists may require ample storage space.

Among your friends, you always know the latest scoop, whether it’s unfolding on the local or international scale. You prefer morning comcasts to music on your daily commute so that by the time you arrive at the office, you feel fully informed and ready to start the day. If these descriptions ring true, you need a screen that’s big enough to take in the world at large and long battery life so you don’t miss out on breaking stories.

The Moto G7Power gives you plenty of battery life, with some people making it up to three days on a single charge, plus fast-charging capability when you need it. With its 6.2” HD display, you’ll have plenty of viewing space when you’re streaming the news, and it’s 19:9 aspect ratio gives you a big screen viewing experience.

Those who need cutting-edge technology will always be on the hunt for the latest features and the ability to customize their devices. Superior high-definition displays, and the most powerful processors may lure you to a phone, particularly one that has an artificial intelligence chip.  Devices with AI hardware process more efficiently, speeding up functions like facial recognition by handling them on the device rather than sending your biometric data to the cloud. This also makes the processes more secure.

Since many tech aficionados prefer custom firmware, Android is the preferable operating system to iOS. Those who know how to program can change the open-source base system on an Android phone, and they can also look behind the scenes to explore apps.

The newest Samsung Galaxy models run on Android and sport the latest features, making them a good choice for those who want to do a bit of programming while also enjoying the user experience. Also consider the Google Pixel3, which can be used with Google’s Pixel Buds and Translate app for real-time language translation, facilitating conversation during travel.

Whether you’re a graphic designer, illustrator or someone who enjoys dabbling in the arts, your smartphone is a key tool for creative expression. A stellar camera and editing capabilities are important, but storage may be one of your top concerns, making Android the preferred operating system for many artists. With the ability to add and expand storage, you’ll have plenty of space for your projects.

Certainly, you’ll also want to take advantage of the numerous apps that make creating those projects even easier, such as Adobe Illustrator Draw, which allows you to draw freehand and work in layers. Plenty of user-friendly apps for iOS and Android are available across art forms to support the work of animators, photographers and other artists.

Among the phones with expandable storage, consider the LG v40 ThinQ, which has a 6.4” display and plenty of video controls.  The Samsung Galaxy Note is another option to explore, as it comes with the S Pen, a stylus known for its responsiveness and control.  With precise strokes, drawing projects will come to life on your device.

If you’re the type to always post photos of your latest meal on Instagram or share action shots live from a football game, social media is likely among you’re most frequently-used apps.

Shutterbugs need a camera that automatically adjusts for dimly-lit rooms and other suboptimal conditions.  Despite your best efforts to maintain a good photo stance, you might wind up with blurry photos, so make sure the camera also has stabilization features that compensate for slight movement.

For an exceptional camera, consider the super-steady Samsung Galaxy S10+, which comes with five lenses including telephoto, selfie and ultra-wide.  Choose whether to zoom in or pan out as you capture moments throughout the day.  And when you’re ready to take a selfie, the camera focuses quickly.

With a large display and user-friendly editing features, the iPhone XS Max is another good option.  Plus, you can rely on it for accurate color display, so you know exactly which colors you captured before sharing them.

When crystal clear sound tops the list of your smartphone concerns, you need incredible speakers. You also need a way to access all your stored music and play it across devices. This is where the music enthusiast has a key choice to make, Android or iOS.

For those who already prefer Apple devices and would like to move seamlessly between them, an iPhone X model may be the best option, particularly if you often purchase tracks from iTunes. The latest models also feature a longer battery life, ensuring that you have enough power when you’re traveling between home, work and the gym.

If you use Google Play Music or another music library, you may prefer an Android such as the LG G8 ThinQ, whose entire screen is the speaker.  With clarity and impressive bass tones, it delivers a rich sound experience.

What’s your smartphone style profile? Tell us in the comments.