What to Know About Teen Auto Insurance 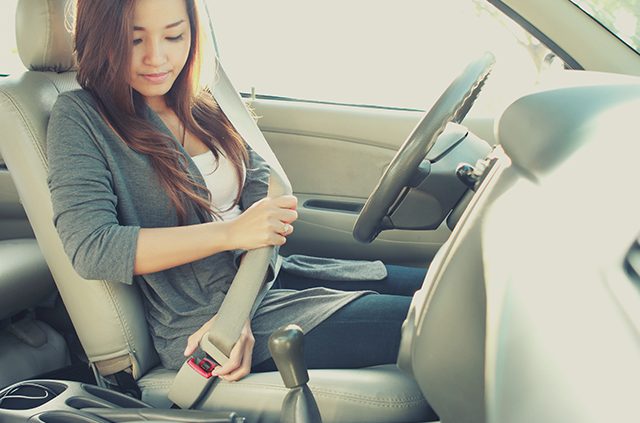 To ease anxiety and limit costs, here are some things for parents to consider with teen auto insurance.

One of the most important things to know about car insurance for teens is that adding a teen driver to your auto insurance policy will likely affect your premiums. Teens are at a higher risk for crashes than any other demographic, according to the U.S. Centers for Disease Control and Prevention. They’re also nearly three times more likely than drivers 20 and older to be in fatal crashes, according to the Insurance Institute for Highway Safety.

One way of minimizing an increase is to have teens take driving lessons through a professional driver training institution. Some companies offer discounts for students who’ve learned safe driving practices from professional instructors.

Some companies also offer discounts for students who earn good grades in school. These discounts typically apply to students who have at least a “B” average.

Long gone are the days of turning 16 and taking a road test. Every state has some form of a graduated driver’s licensing system that gradually introduces teen drivers to the road. In New Jersey, for example, teens cannot earn a driver’s license before age 17. Graduated driver’s licensing systems typically have restrictions on when teens can drive and whether they can carry passengers, too. In Massachusetts, teens on intermediate licenses can’t drive unsupervised between the hours of 12:30 and 5 a.m., and they can’t drive unsupervised with any passengers under 18 other than immediate family members.

Most states also mandate some minimum number of practice hours performed with a parent or qualified supervisor. Rules vary from state to state, so it’s a good idea for parents and their teens to familiarize themselves with the nuances of their local laws.

“Keys2Drive: The AAA Guide to Teen Driver Safety” is a solid resource for starting your research. 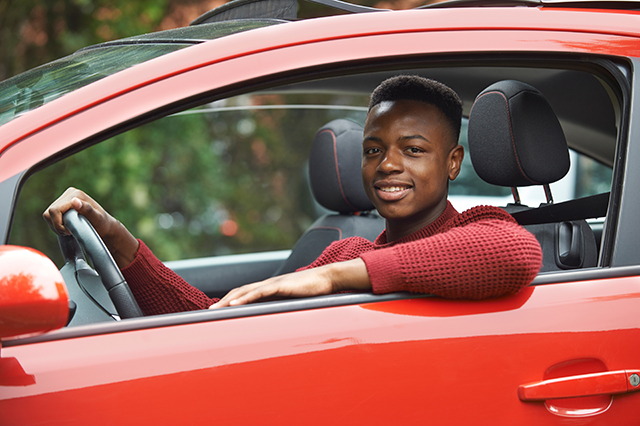 Though these systems may seem like an obvious advantage for keeping teen drivers safe, there are considerations to weigh before parents make an investment in newer vehicles.

For starters, when it comes to car insurance for teens, buying a new or recent model year vehicle for young drivers could increase the bump in your auto insurance premiums. While advanced safety technology should lead to fewer crashes, injuries and fatalities, accident rates have grown in recent years while the cost of claims has risen.

New drivers are also better off with sedans versus trucks or SUVs, said Diana Imondi, traffic safety programs manager for AAA Northeast. Larger vehicles have a higher center of gravity, which can heighten rollover risks when vehicles are traveling are higher rates of speed and inexperienced drivers aren’t yet up to speed on handling turns.

Parents should also drive their teens’ vehicles every now and again. Teens usually won’t recognize signs indicating that it’s time to add air to the tires, look into new brakes or if a battery’s on the fritz. Checking up on such basic maintenance helps ensure teens are operating road-ready vehicles and it could limit the cost of potential.

Regardless of whether your teen has a vehicle with advanced safety features, nothing is more valuable than a seat belt. Seat belts prevent the risk of death among front seat passengers by 45 percent and reduce the risk of serious injury by 50 percent, according to the National Highway Traffic Safety Administration. Traveling the speed limit, keeping the radio volume down and avoiding distractions like cellphones also bolster safety behind the wheel, Imondi said. Many states even limit how teens can use cellphones – if it’s allowed at all – during graduated driver’s licensing.

Sitting down with your teen to come up with a new driver contract can be a valuable way of easing him or her onto the road. These contracts can be updated as teen drivers gain experience and trust. Parents and teens can use these contracts to establish rules and earn additional privileges. A teen who shows an ability to drive responsibly until 9 p.m., for example, may earn the right to drive until 10 p.m., if compliant with state graduated driver’s licensing requirements. The contract should also identify consequences for violations such as using a cellphone while driving.

What are your tips and tricks as far as choosing car insurance for teens? Let us know in the comments below!

Find tips for parent-teen driving agreements and other teen driver resources at TeenDriving.AAA.com.