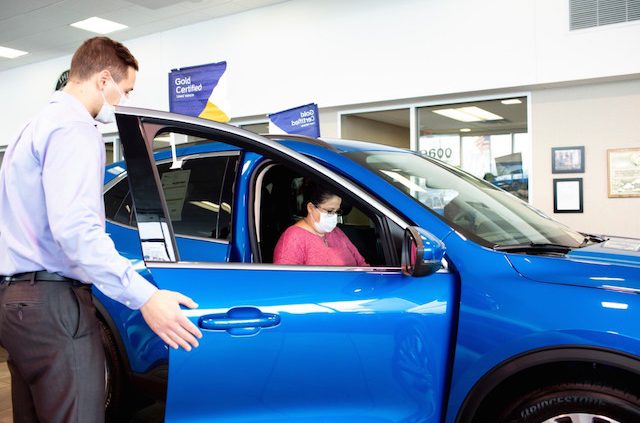 You may experience an extreme case of sticker shock the next time you visit the car dealership. The average new car price in the first quarter of 2021 was $37,200, up 8.4% from the same period just a year ago, according to JD Power.

The price rise is the result of severe swings in automobile supply and demand. A year ago, most dealership ships were closed or providing limited service. Coupled with massive job losses and a shift to working from home, auto sales drop a staggering 30% in one quarter, the largest decline since the Great Recession. Now the market has done a complete U-turn. The month of March had the highest level seasonally adjusted sales rate for new cars since October 2017.

But as demand for vehicles has surged, supply has dwindled. Auto manufacturers around the world have been suffering from a global computer chip shortage. According to Cox Automotive, North America’s new vehicle production is down nearly 3.5 million cars. There are numerous other factors fueling the fire: More and more workers are returning to the office and need cars to get there; many people have more cash on hand to purchase vehicles because of the reduction in activities like vacations and dining out, not to mention stimulus payments; and auto loan interest rates remain low.

The effects of the volatile market for new cars has now trickled down to used cars, as well. With less new model year vehicles available, shoppers have been turning to used cars, making them hot commodities. According to CNN, some measures of the used car sector show the greatest scarcity on record. In turn, the average used car is now roughly 30% more expensive than it was last year.

Don’t let high prices scare you off from purchasing a new vehicle. As always, AAA is here to help. AAA’s Auto Buying Program allows you to compare vehicle reviews and lock in savings before visiting the dealership. Members save an average of more than $3,400 on new vehicles.