In April 2006, AAA New York hired a website editor that would transform the organization’s digital and print publications for years to come. A fresh-faced Andrew Rosen started his ascent...

In April 2006, AAA New York hired a website editor that would transform the organization’s digital and print publications for years to come.

A fresh-faced Andrew Rosen started his ascent in the organization, a rising tide that truly lifted all boats.

A graduate of the Media Studies program at Queens College, Andrew had already served stints at media giants MTV and FOX – and was an active podcaster, blogger and web entrepreneur – before joining the Club.

But beyond his professional ambitions, what makes him tick? Here are five quick questions – the first in a series of fun leadership Q&As – to get to know Andrew better.

Q: If you could have dinner with any historical figure, who would it be?
A: I feel like the world’s greatest philosophers, artists, and geniuses would likely make for awkward company. Plus, I’m a look-forward type of person, and at the end of the day, we’re all the same – so forgive the lame answer, but I’ll pass on the dinner!

Q: If you had a choice between two superpowers, being invisible or flying, which would you choose?
A: Flying. Invisibility is so creepy – and flying seems like it would be the ultimate freedom.

Q: What was the last gift you gave?
A: During a recent bout of “homebound boredom,” I gifted the family a “squirrel buster” birdfeeder. We now spend waaaay too much time in the window watching the birds come and go…and there is no stopping those greedy squirrels.

Q: If you could compare yourself with any animal, which would it be and why?
A: I’m most similar to a panda, as I can operate independently or as part of a pack (did you know a group of pandas is referred to as “an embarrassment of pandas?”). I also like to roam the land minding my own business but can become aggressive if anyone in my circle is threatened.

Q: What would you name a boat, if you had one?
A: This one is easy for me: Equanimity. I think it’s the most beautiful word in the world and something I strive for every day.

The Top Latin American Cuisine in the Northeast 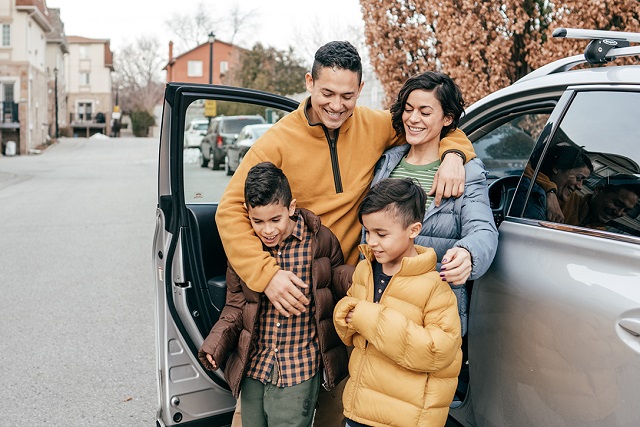 Car rental costs can add up quickly. Use these strategies to find deals and lower your bill.

Things To Do in Salem, Massachusetts, Year-Round

While well-known for its Halloween happenings, there’s even more to love about Salem outside of October.

The Top Latin American Cuisine in the Northeast