The 7 Hottest Cities in the World

Let us take you on a journey to seven of the hottest cities in the world.

10 COMMENTS
Air Travel » The 7 Hottest Cities in the World 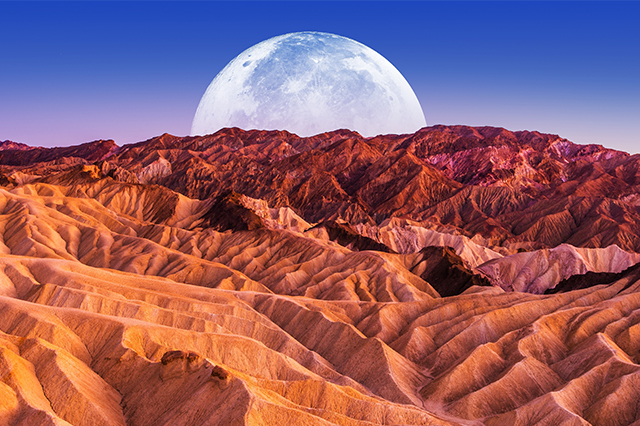 Let us take you on a journey to seven of the hottest cities in the world. These places are so hot, you’ll be begging for cold weather!

Hottest cities in the U.S.

It’s normally hot in the Southwest, especially in Arizona where ordinary summer heat makes much of the state sizzle. But no city is as extreme as Yuma. With its desert climate, extremely hot summers, hot winters and often less than 10 inches of precipitation per year, it’s fair to say Yuma is definitely one of the hottest cities in the world! The average July high temperature can hit a scorching 107 degrees, making it one of the hottest cities in the United States behind Phoenix. In 1995, Yuma reached its all-time high at 124 degrees. The high temperature isn’t the only standout trait of Yuma. The city set a world record for being the sunniest city on earth, averaging 4,050 of the possible 4,456 hours of daylight annually. That means the sun is shining a little more than 90 percent of the time in Yuma. Pack extra sunscreen.

It’s not called Death Valley for nothing! As one of the hottest and driest places in North America, the summers scorch around 120 degrees, but can even reach an unbearable 125. On one July day in 1913, the temperature hit 134, the official highest temperature in the Western Hemisphere. Death Valley is a long, narrow basin that is 282 feet below sea level and walled by high and steep mountain ranges. The dry air and bare plant cover allow sunlight to heat the desert surface and become trapped in the valley’s depths. In 1917, Death Valley recorded 43 consecutive days with temperatures over 120 degrees. Don’t expect much relief during summer evenings; overnight lows only dip into the mid-90s.

From fan bracelets to “ice” necklaces, stay cool in hot locations with these wearable cooling devices.

Hottest cities in the world

Even though it’s located in the Middle East, Iran has four seasons like many other countries. The city of Ahvaz – situated in southwestern Iran – has a desert climate and is known for its long, hot summers and mild, short winters. The summer heat is accompanied by high humidity, sandstorms and dust storms. The summer temperature tops off at around 116 degrees, but the soaring humidity and near-continuous sunshine make it one of the hottest cities in the world in July and August. From 1970 to 2000, Ahvaz reached 125 degrees or more than three days each year. The city set a temperature record on July 15, 1967 when it hit a stifling 129.

In terms of extreme heat, no place holds a candle to Dallol, the hottest place on earth. Located in the sizzling Danakil Depression (a geological landform sunken below the surrounding area), it can reach a boiling 145 degrees in the sun. Dallol has areas that are more than 328 feet below sea level, featuring hot yellow sulfur fields and craters amid sparkling salt beds – the result of a volcanic eruption in 1926. It gets worse: Dallol currently holds the record high temperature for an inhabited location on earth, where an average annual temperature of 94 degrees was recorded during 1960 and 1966. Dallol is also one of the most remote places on earth – there are no roads and the only regular transport service is provided by camel caravans that travel to the area to collect salt. According to the Central Statistical Agency of Ethiopia, Dallol has a total population of 83,930.

Any state located in close proximity to the equator will experience extremely warm conditions – but one African city in particular is record-breaking hot. The world’s highest official temperature of 136 degrees was recorded in El Azizia on Sept. 13, 1922. This isn’t a place you’re likely to hang outside for long. It’s located in one of the most hot and arid places on earth – the Libyan Desert – where rainfall seldom happens. Summer highs can reach anywhere from 125 to an intolerable 135 degrees. To make matters worse, a hot, dry, dust-bearing desert wind called a ghibli can raise the temperature 20 degrees in just a few hours.

The climate in Australia is as broad as the country itself. The interior is characterized as having a hot, dry climate; while northern, southern and coastal cities are considered tropical. The Tropic of Capricorn runs through much of the country. However, Oodnadatta, an exotic and desolate town in the Outback, hit 123 degrees in January 1960. On average, the weather tops off at between 97 to 99 degrees from December through February. Considerably cooler than the city’s record high, yet still stifling. It also receives about 10 hours of sunshine per day in December and averages 6.5 inches of rainfall per year. Oodnadatta is a quiet settlement inhabited mostly by indigenous Australians. As of 2006, the census reported a population of 277.

With more than 2 million residents, Kuwait City is the most densely populated metropolitan city that suffers from record-breaking heat. The city has an arid climate with hot summers and hardly any rain. The average summer temperature ranges from 102 to 112 degrees, but a heat wave can bring temperatures up to a scorching 122 degrees. The city has even had months with daily maximum temperatures averaging above 115. Depending on the specific location in Kuwait City, there can also be a degree of humidity to go along with the sweltering temperatures.

Which of the hottest cities in the world would you visit? Tell us in the comments!

To plan a trip to any of these destinations, get in touch with a AAA travel counselor at AAA.com/Travel.