What to Do in Savannah, Georgia and Where to Stay

Enjoy your trip to the historic city of Savannah, Georgia, with these tips and tricks about what to do, what to eat and where to stay.

0 COMMENTS
Air Travel » What to Do in Savannah, Georgia and Where to Stay 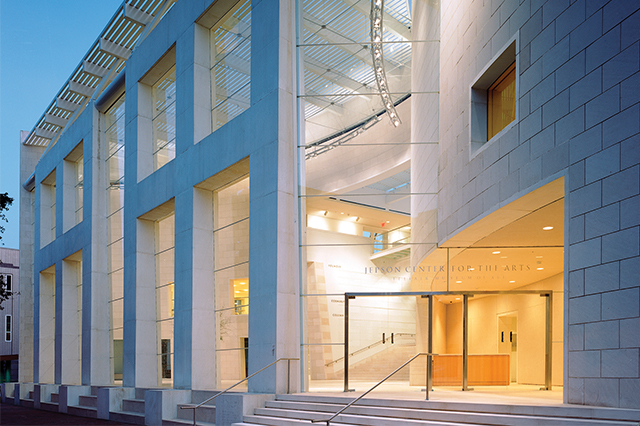 Savannah, Georgia is one of America’s prettiest and most historic cities. Founded in 1733 by General John Oglethorpe, the historic district features restored antebellum homes and peaceful public squares framed by live oak trees dripping with Spanish moss. Savannah is also known for its Southern cuisine. While you can dine on classic dishes like shrimp and grits and fried chicken with mac and cheese, there’s a new culinary explosion taking place with chefs turning out modern takes on traditional low country cuisine. You’ll also find modern museums and trendy cocktail bars to go along with its historic attractions. On a recent visit to the city I experienced both its old and new aspects (along with a large dose of Southern hospitality!). Here’s what to do in Savannah, Georgia.

Where to stay in Savannah, Georgia

I loved my stay at the B Historic Savannah ( now known as TRYP by Wyndham), a contemporary boutique hotel housed in a five-story redbrick building in Savannah’s historic district. Staff members were some of the friendliest I’ve encountered in any hotel, and amenities included free Wi-Fi, a fitness club and an indoor saltwater pool. Near the check-in desk, a digital touchscreen “concierge” provides tourist information and can even check you in for your return flight. The 101 rooms feature picture windows, modern furnishings and flat-screen TVs, while the lobby is a great spot to sit and enjoy a cold drink after a day of touring – it can get a bit steamy out there! – or a pre-dinner cocktail before dining in Kitchen 320, the B Historic Savannah’s in-house restaurant.

Where to eat in Savannah, Georgia

Kitchen 320 at the B Historic Savannah serves new Southern cuisine under Georgia-born executive chef William Herrington. On his menu you’ll find dishes such as Georgia white shrimp with Canewater Farm grits and lardons and pan-fried flounder with sweet corn succotash. Don’t miss an order of the delicious buttermilk biscuits served with local jam. Herrington also does wonders with breakfast classics: His French toast comes with a pecan crust and fresh fruit, while his eggs Benedict are served with Benton’s country ham. Be sure to have a cocktail at the bar, presided over by master mixologists who whip up creative libations such as the vodka-based Dixie Fizz and the rum-based Savannah Storm.

A few blocks from the B Historic Savannah is The Grey, a trendy restaurant housed in a former Art Deco-style Greyhound bus terminal that’s been beautifully restored. Try to snag a seat at the U-shaped counter in the center of the dining room and start out with a glass of Champagne and some freshly shucked Harris Neck oysters from Georgia; followed by a series of small plates from chef Mashama Bailey. A few of my favorites included the country pasta with braised pork shoulder and the red pea pancakes with cracklin’, along with sides like smoked collard greens. Main dishes might include entrees like honey-glazed duck and seared golden tilefish. Trying to stick to a diet while in Savannah is a pointless endeavor, so definitely indulge in some local treats.

One of your first stops should be Savannah’s Candy Kitchen, stocked with all manner of pecan-based goodies such as glazed pecans and pecan pralines. There’s also penny candy, peanut brittle, caramel-covered apples and fudge. Leopold’s, an old-fashioned ice cream parlor, has been dishing out scoops of butter pecan, pistachio and mocha chocolate chip since 1919 (don’t let the line scare you off, it’s worth the wait!). Byrd’s is another Savannah institution; it’s been baking cookies since 1924 (the Key Lime Coolers are a must). Kitchen 320 has some pretty fabulous desserts as well, including a scrumptious sundae (using Leopold’s ice cream) topped with a blueberry compote, candied ginger and lemon Chantilly cream. It tastes even better than it sounds.

What to do in Savannah, Georgia

Savannah, Georgia is known for its 22 public squares. One of my favorites is Madison, which features plenty of the live oak trees the city is so known for. During dusk, when the streetlights come on, the square even looks a bit spooky (it’s worth noting that Savannah is one of the country’s most haunted cities). Other squares of note include Monterey and Chippewa. You can also see the city via trolley tour – hop off on River Street, which runs parallel to the Savannah River, and pop into the tourist shops, restaurants and bars housed in former 19th century cotton warehouses. You can also tour historic mansions, such as the Owens-Thomas House (the Marquis de Lafayette once delivered a speech here) and the Isaiah Davenport House, built in 1820.

The Jepson Center for the Arts is home to the famous Bird Girl statue, which appears on the cover of the best-selling book “Midnight in the Garden of Good and Evil.” And being that the city is supposedly haunted, I just had to take an evening ghost tour, which visited various haunted sites including the local cemetery. Although I didn’t encounter any spirits that night, I enjoyed discussing the tour at a new rooftop bar along River Street – a wonderful blend of the old and the new, just like Savannah itself!

Where do you want to visit in Savannah, Georgia? Let us know in the comments below!

To book a trip or get in touch with a AAA travel counselor to learn more about what to do in Savannah, Georgia go to AAA.com/Travel.