The Evolution of Vegas Performers and Las Vegas Shows

Over the years, the entertainment in Sin City has changed drastically. What Las Vegas shows should you see on your next trip to the desert? 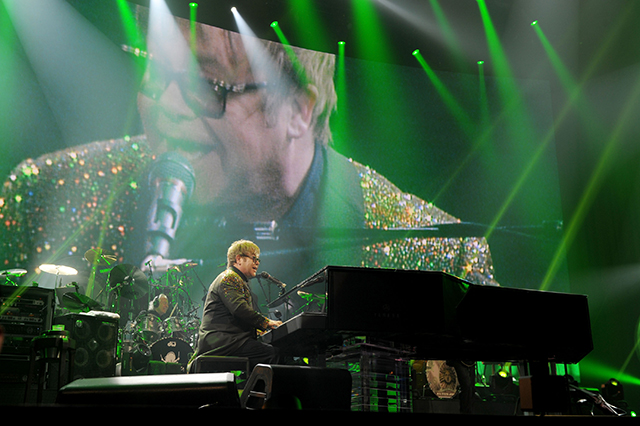 Dubbed the entertainment capital of the world, Las Vegas is a city that never goes dark. Every night, visitors can choose from dozens of shows to see. It’s no wonder that nearly 36 million people visit the city each year. Las Vegas shows are renowned around the world. And the city offers something for everyone, with shows running the gamut from burlesque to musical revues, comedy and lounge acts, concerts, magic acts, kid-friendly shows, and more. Some of today’s hottest stars have set up residencies in Las Vegas, including Britney Spears and Jennifer Lopez. Comedians like Jerry Seinfeld, Ray Romano, Jay Leno, George Wallace, and Carrot Top keep audiences laughing while magicians like Penn and Teller keep them guessing with clever illusions.

In the 1950s, the group of entertainers known as the “Rat Pack” took Las Vegas by storm. Headed by de facto leader Frank Sinatra, the Rat Pack included Dean Martin, Sammy Davis Jr., Peter Lawford, and Joey Bishop. The group was a constant presence on the Las Vegas Strip and often joined by some of Hollywood’s biggest stars such as Marilyn Monroe, Angie Dickinson, and Shirley MacLaine. Sinatra made his first performance at the Desert Inn in 1951. Celebrities flocked to see his show. It became one of the top rated Vegas shows and the city soon became a world class destination for entertainment.

Elvis Presley is another performer who left an indelible impression on the city. Presley’s Las Vegas shows were legendary. The King had a seven-year residency in the city, playing an astonishing 837 consecutive sold out performances. To mark the end of each show, announcer Al Dvorin would tell the audience that “Elvis has left the building.” Presley permanently left the building in 1976 when he played his last Las Vegas show. At any given moment today, you can find several Elvis imitators strolling the Strip, chatting and posing for photos with tourists.

Those looking for more adult entertainment will find it in abundance—Las Vegas is nicknamed Sin City, after all. Burlesque has always found a home in Las Vegas from the city’s earliest days. From 1959 to 2009, the legendary Las Vegas Folies Bergere delighted audiences with a traditional French style topless revue. The show was chock full of fantastic sets and beautiful showgirls in gorgeous costumes dancing the Can-Can, the Mambo, and more. Each month, some 40,000 people attended the show.  One of the oldest, still-running classic Vegas burlesque shows right now is Jubilee. Since 1981, this popular, top rated Vegas show featuring glamorous showgirls, elaborate sets, and a reenactment of the sinking of the Titanic has kept audiences entertained. Over the years, Las Vegas has become the go-to place for bachelor and bachelorette parties. Shows like Magic Mike Live, Chippendales, Crazy Girls, Fantasy, and Aussie Heat feature exotic dancers and are geared to an audience looking for a bit of risqué fun.

Magic is big business in Las Vegas. Several famous magicians have made Las Vegas their home base, performing nightly shows to entranced crowds. From 1990 to 2003, the German duo Siegfried & Roy delighted audiences with magic tricks and trained white tigers and lions. Siegfried & Roy at the Mirage Resort and Casino was one of the most visited Las Vegas shows. Penn and Teller have been commanding the stage for decades with their comedy and magic show. The duo has a residency at the Rio where they have wowed countless visitors during their lengthy career. David Copperfield, who has been called the “greatest illusionist of our time,” performs his bag of tricks at MGM Grand. Criss Angel gives Copperfield a run for his money with his own jaw-dropping show Mindfreak. Angel’s show offers plenty of shocking stunts and magic tricks to keep audiences coming back for more.

Las Vegas shows can be costly but visitors on a budget can still enjoy first rate entertainment. During the 1950s, casinos started to provide free, non-stop entertainment in the casino lounges. Guests were treated to live music, stand-up comedy, and more. Don Rickles, Buddy Hackett, Alan King, and Shecky Greene all performed in Las Vegas lounges. Today, visitors can still enjoy free Las Vegas shows for the mere price of a cocktail in the casino lounge. It’s a great way to have a fun night without breaking the bank.

What historic show in Las Vegas would you have loved to see? Let us know in the comments below!