Asia’s new and spectacular casino resorts are among the hottest spots this year, adding to the world of choices for casino travel. 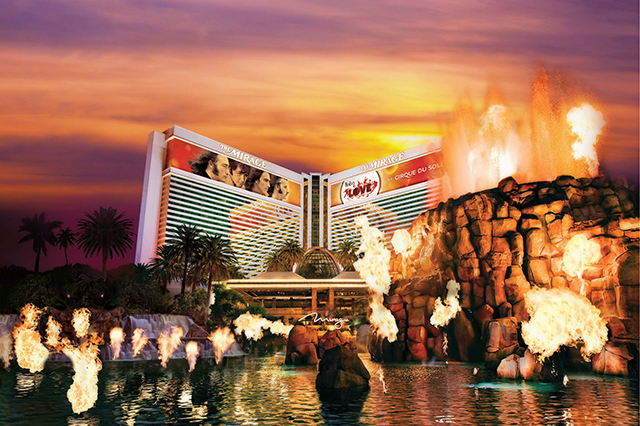 Las Vegas has certainly earned its reputation as the casino capital of the world.   Once you’ve been there and seen Vegas in all its over-the-top, neon splendor, you figure it’s got to be the ultimate gambling destination.

Vegas may be gambling’s iconic destination, but Macau, China and other Asian cities are where the action is these day—thanks to the emergence of the vast Chinese market. Macau, a special administrative region of China where gambling is legal, became the top-grossing gambling destination in 2007, and even after a two-year recession, it rakes in twice as much as Vegas.  Macau’s success has led to a casino building boom across Asia, with multibillion dollar properties boasting amazing features – from entire theme parks to elaborate shows.

These so-called “integrated resorts” appeal to a wider audience, and are a perfect fit for today’s casino travelers, who spend most their time and money on non-gaming activities—dining, shows, shopping, cultural attractions, night life, and, other attractions. Yeah, dancing waters would be right up their alley.

This list of casino hubs – new and old, some famous, some still unsung – isn’t meant to be comprehensive, but it should give you an indication of how the casino biz is playing out at destinations near and far.

The Oriental Las Vegas brand held a monopoly on casino business until 2001, when foreign developers (including Wynn, Sands, MGM Grand) began construction at a furious pace. Today Macau is home to 33 casinos, six of which are the biggest in the world. The Venetian, at 550,000 square feet, is twice the size of its sister property in Vegas.  It was the casino built on what is now the ultra-swank Cotai Strip, where you will also find one of the most elaborate international resorts in Macau: City of Dreams. City of Dreams has four hotels, an interactive children’s play area, dozens of restaurants, and the House of Dancing Water.

This No. 2 player in the region only got into the game in 2010, when two properties opened on Sentosa Island. Resorts World Sentosa boasts two casinos, a Universal Studios theme park, and the largest aquarium in the world.  Its neighbor, The Marina Bay Sands, built at a cost of $5.5 billion, is the most expensive casino resort in the world; among its features is the largest atrium casino in the world; Skypark, on the 57th floor, floor with an infinity pool overlooking the city; and a science museum.

The most popular casino destination in Europe for more than a century, this picturesque village on the French Riviera attracts Europe’s crème de la crème. Monte Carlo offers incredible restaurants, posh hotels and opulent jewelry displays in the shop windows. Of its four casinos, the Belle Époque Casino de Monte-Carlo is the most famous, and a symbol of the city. Gambling here is high style and high stakes: one spin of the big wheel of fortune costs about $10,000 or so (depending on exchange rates).

The Kurhaus, built in 1820, is the oldest and most elegant casino in Germany.  This European casino hub is also a wellness center, with dozens of spas and thermal springs.

133 casinos, and lots of neon. Those are the basics. Vegas is always evolving, too, and is also loading up with celebrity restaurants, shopping malls, zip lines, cooking classes and outdoor amusements to appeal to the millennial set. Oh, and they haven’t overlooked that booming Chinese market: the city’s first Asian themed casino, Lucky Dragon, is about to open and two more are under construction.

This stretch of South Jersey by the sea has always been a resort town – at one time more profitable than Vegas. In recent years, it’s been on a roll again. Mainly with revenue from non-gaming activities (too bad walking the boardwalk is free).

Other notable hubs: Tunica, Mississippi (the “Gambling Capital of the South”), Biloxi, on the Gulf Coast, Palm Springs, California and Southeastern Connecticut, home to Foxwoods and Mohegan Sun.

What are your favorite spots for casino travel? Let us know in the comments below!