Sun and Fun on the Best Croatia Beaches

With apologies to the hundreds of other worthy options, here are a few of the dreamiest beaches in Croatia. 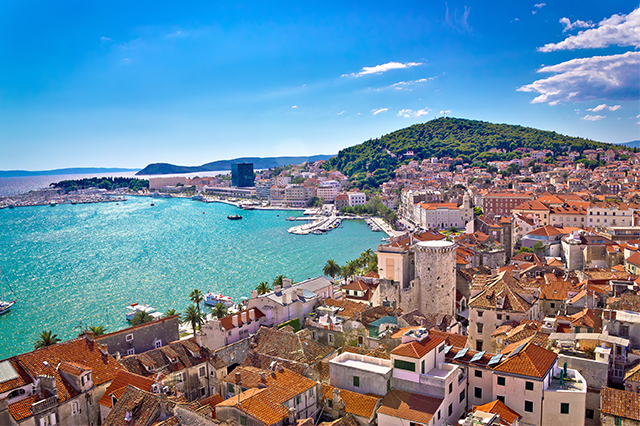 Island-hopping during a European vacation used to be something you did only in Greece, but Croatia and the 1,200 islands that line its aquamarine coast have quickly become the up-and-comer in the world of top-tier beach destinations.

The buzz is partly because Croatia has hosted “Game of Thrones” film shoots, but mostly it’s because Americans are starting to find out about what has lured travelers for centuries: perfectly clear seas and a rugged landscape.

The pristine water that laps against Croatia’s jagged, thousand-mile coastline is some of the clearest in the world, a product of the coastal mountains that trap the Mediterranean’s clean, warm air and keep agricultural runoff spilling toward the interior of the country.

Most of the beaches are made up of rocks or pebbles, but a fair amount of sandy stretches can also be found. It all depends on what you’re looking for in a European beach vacation, said Jeanne Oliver, who runs CroatiaTraveller.com.

“Because the coastline is so long, and there are so many islands, it’s just really pleasant for the beach,” said Oliver, who started covering Croatia in 1996, right after the war that broke up Yugoslavia. “You have a lot to choose from, and of course you have the Adriatic sun.”

With apologies to the hundreds of other worthy options, here’s a look at some of the best beaches in Croatia.

Two sandy beaches can be found along the little Saplunara Bay at the eastern tip of Miljet Island. It’s accessible by car, but what keeps crowds down is that it’s about 10 miles from where the ferries drop off passengers. “People there are very careful of the island,” Oliver said, calling this beach her personal favorite. “Part of the island is a national park. It’s sandy and generally gorgeous.”

One of Croatia’s most popular beaches has also become one of Europe’s most recognizable, in part because it transforms at night into a thumping open-air club that attracts international DJs. But during the day, the island of rocky beaches is as peaceful as they come. The beach itself is a treeless crescent with a view of the towering mountains of the mainland. Rent or bring an umbrella for some shade, then decide if you want to stick around for the club set.

A quick bus ride from the captivating walled city of Dubrovnik brings sunbathers to Sveti Jakov. Walk down a long stairway to find a tranquil strip of pebbly sand that’s rarely crowded. Off in the distance, the outline of the Old Town is visible, but it feels much farther away from civilization. Unlike many other beaches on this list, this one comes with a bar and restaurant, sunshades and showers. You won’t want to hike back up the 160 steps.

Conveniently located near Split, Croatia’s biggest coastal city, Znjan Beach is a great option for families thanks to its wide beaches and ample parking. In different parts pebbly, rocky or sandy, this beach makes up for the tricky walking with plenty of amenities and clean water. There is a play area for kids, plus a few bars, a restaurant and water activities like rental kayaks and kite surfing. A newly built access area also helps people with mobility issues get into the water.

A beautiful sandy beach lines this shallow cove, where very few English speakers go because there is no airport on the island. “It’s not as well known as it should be,” said Oliver. This island provides a cultural bonus in the form of a fantastic museum dedicated to a single priceless artifact. The Museum of Apoxyomenos was built onto an existing palace to display a bronze sculpture from Ancient Greece that was found in the seabed just off shore. It depicts an athlete removing oil, sweat and sand from his body after an event.

The town of Brela on Croatia’s southern coast features a long string of narrow beaches lined with overhanging pine trees. The Punta Rata peninsula juts out into the Adriatic with gravel beaches on both sides, providing a setting that both Forbes magazine and the Huffington Post have listed as among the 10 most beautiful beaches in the world. “One part of it near the town is where everybody goes, but the farther you walk, it gets a lot less crowded,” Oliver said. “And there are these very sheltered coves and gravely beaches.”

The stretch of waterfront at the very tip of the Istrian peninsula, near Pula in the country’s north, stretches the definition of the word “beach,” but it’s no less spectacular. The dramatic rock formations that abut the sea are fun for ambling, but many also make great spots for lounging in the sun. There’s also a bar hidden in the bushes. Numerous other rocky coves with options for water sports are nearby in the Prementura National Park, which is a great day trip in itself.

Have you ever experienced the coast of Croatia? Tell us your story in the comments below.

Want to explore great options for traveling to Croatia? Visit our travel section at AAA.com.