See the Fjords on This Europe Tour Package 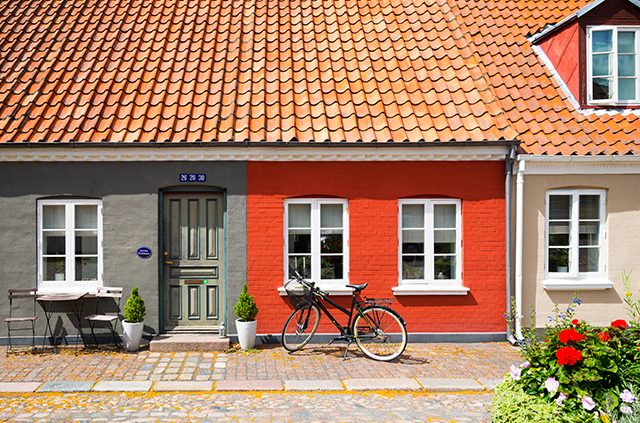 Dramatic fjords. Quaint stave churches. Cosmopolitan capitals. Denmark, Norway and Sweden’s charm and traditions pack every moment of this beautiful trip, taken by rail, road and water. This Europe tour package hosted by AAA Vacations will take you to another world. You’ll enjoy moments like indulging in ‘Kransekake-stenger’ cake at a working farm and pastry school in Bergen, where the hosts explain how rural life has changed since the Vikings first set up the farm.

Welcome to Copenhagen, Denmark, a city that was once a Viking fishing settlement and is now a blend of historic architecture and modern cultural attractions. Unwind after your arrival by checking out Copenhagen’s museums, villages and castles, or jump right into city life by checking out the shopping and entertainment opportunities nearby. Enjoy an evening drive and dinner in the city to begin your Scandinavian tour.

Travel Europe by venturing into Denmark’s capital city. First, see the magnificent Amalienborg Palace, an elegant quarter featuring 18th-century buildings and the home to the current royal family of Denmark. After checking out the Amalienborg Museum, venture to Copenhagen’s historic center, where you’ll see the 17th century Stock Exchange, the Christiansborg Palace and the Neo-Classical Cathedral. Then, find a great photo opportunity at the Little Mermaid statue, inspired by the original Hans Christian Anderson fairytale. Towards the end of the day, take a canal cruise to see the city from a different point of view.

Congratulations! You’ve finished the first part of this Scandinavian Europe trip. Next is Norway. Leave from the town of Hirtshals and sail across the Skagerrak to the port of Kristiansand in Norway. Then, drive to Stavanger, one of the oldest cities in Norway, and take a gander at the fjords and lakes you pass on the way.

Norway’s coastline is known for its many fjords; get the perfect view as you island-hop from Stavanger to Bergen, a city on the west coast. Experience the history of the city on your tour through Bergen and a visit to the 13th century Haakon’s Hall, a history museum. Visit the bustling fish market and you’ll see why Bergen is considered an international center for acquaculture. 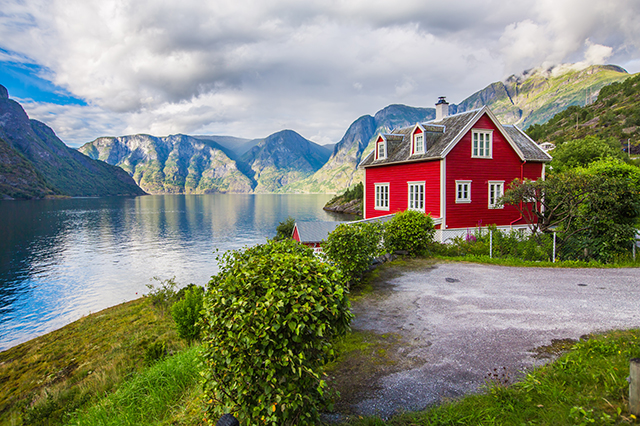 Spend your last day in Bergen exploring the picturesque city and perhaps factor in the tiny village of Telavag, which is southwest of Bergen, while you’re at it. Learn what happened in Telavag in the Second World War, giving you something to think about as you travel Europe.

Today, take an out-of-this-world train journey on the famous Flåm railway that ascends to nearly 3,000 feet above sea level. Admire the scenery of breathtaking mountains and waterfalls as you leave from the ski resort of Voss, then cross the waters of the Sognefjord to Leikanger.

The Sognefjord, or “King of the Fjords,” is the largest and deepest in Norway. Follow the Sognefjord through incredible glacier country and enjoy wonderful views of Geirangerfjord as you make your way to Geiranger village.

Spend the day relaxing in Geiranger, one of the municipalities on Geirangerfjord, and breathe in the clear mountain air surrounded by National Geographic-worthy scenery. Take an excursion along the Trolls’ Road, or Trollstigen, a serpentine mountain road in Rauma that leads you through steep mountain slopes and cascading waterfalls.

Leave Geiranger and take a scenic drive to Ottadalen, one of the lateral valleys of the Gudbrandsdalen Valley, which was the inspiration for Ibsen’s “Peer Gnyt.” There, catch a bit of history at the traditional Stave Church at Lom, a type of medieval wooden church that was once common in north-western Europe. Next, head to Lillehammer, which hosted the 1994 Winter Olympics. Before the night ends, consider a walk along Storgata or a visit to the open-air museum at Maihaugan.

In Hamar, visit the Olympic ice rink at Hamar Olympic Hall. Then, travel to Norway’s capital, Oslo, to sightsee. Visit the medieval fortress of Akershus, the Opera, the Royal Palace and the Bigeland Sculpture Park. Unwind after a long day by visiting a museum such as the Fram Polar Ship Museum or Viking Ship Museum, or shop the night away looking for souvenirs.

Congratulations! You’ve completed the second part of your Scandinavian Europe trip. Next is Sweden. Cross the border into Sweden and the city of Karlstad, which neighbors Lake Vänern. Pass Orebro to Sweden’s island-ringed capital, Stockholm.

Finish off your trip in Sweden’s cultural, political and economic center. During your day-long stay in Stockholm, view the medieval Storkyrkan, Riddarholm Church and the Royal Palace. Visit the waterside City Hall where Nobel Prize banquets are held, and later spend time shopping in the trendy fashion stores or consider a small excursion. Tonight, dine in style to end the day with a bang.

Say goodbye to Scandinavia as this chance to travel Europe draws to a close.

Have you been to Denmark, Norway or Sweden? Tell us about your Scandinavian getaway in the comments below!