At the Helm With Celebrity’s Capt. Kate McCue 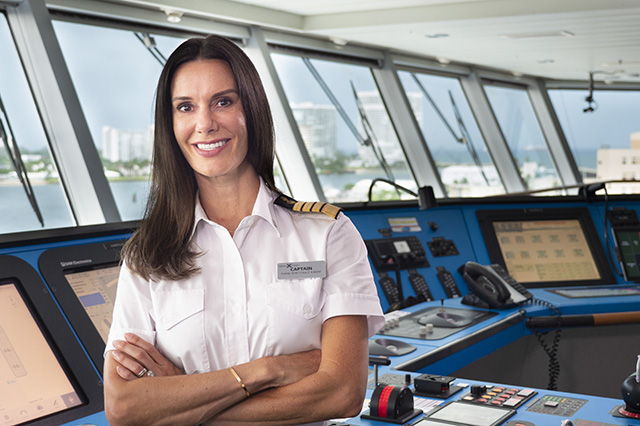 When Capt. Kate McCue helmed the Celebrity Edge March 8, 2020, for a special International Women’s Day cruise, she had no idea she’d be at sea for the next 10 months.

But that’s what happened when the cruise ended – and the world shut down.

McCue and her all-female bridge crew, along with a full complement of ship employees, were stuck on board with nowhere to disembark because of worldwide lockdowns.

But there was nowhere else she would rather be.

“To have the women on board and to have such an empathetic environment was truly something mind-blowing,” McCue said. “And honestly, it’s an experience I would never trade in a million years.”

When a crew member’s father died of COVID-19, co-workers held a celebration of his life. They celebrated a wedding, and an engagement. The hotel director had his first child, a baby girl, and they lit up her name in lights on the side of the ship.

“We kind of saw that full circle – from that celebration of life, the wedding, the engagement and a birth – and of course celebrating birthdays for crew members sending them cake,” she said. “It’s been a special time. I’ve enjoyed because I’ve gotten to know my crew in a different way.”

The first American female cruise ship captain is also a certified social media star, along with her elf sphynx cat, Bug. (Bug even has her own Instagram channel with 49K followers.) It all came about organically, after she was promoted to captain of the Edge.

Guests kept asking her the same questions that were coming up in media interviews.

“That’s when I realized that I had been given this platform and if I shied away from this – if I didn’t try to normalize a woman in this role and kind of crush those stereotypes – then the next woman who came up would have to go through the same things and answer the same questions,” McCue said. “And I thought, I need to take this on, and I need to take this on in a genuine way so people can see what the job is like, can see the lifestyle, the benefits, and hopefully garner some interest, which it has.”

Women – and men, too – contact her all the time on social media, saying they had no idea that being a cruise ship caption was a viable career option. They ask what to study, how to get started, and what to focus on. It’s something she didn’t have making her way into the industry.

Like any social media whiz, she uses each platform for different things. Her Instagram channel (where she has 246K followers) serves as a personal photo album. Her inner “goofball” comes out on TikTok (a whopping 1.6M followers), which – like so many others – she discovered during the pandemic. It’s also where she likes to post quick question-and-answer clips.

Her YouTube channel, meanwhile, is more of a deep delve into what the crew does, how they do it, and why things are done in certain ways. Longer videos are a good way to discuss day-to-day things like ship operations to equipment and opportunities they have out at sea.

“It’s definitely a hobby, but it’s something that I really enjoy doing,” McCue said. “And I only post when I feel inspired.”

In the meantime, there’s plenty going on ship-side to keep McCue busy. When we spoke around the holidays, she was spending her days signing Christmas cards, wrapping presents and looking forward to the day when we can all travel again.

“We’re not going to be away from travel forever. There’s no way,” she said. “People need to travel. They need to broaden their horizons. They love the experiences that it brings and how it fulfills your life. It’ll happen.”

Plan your next cruise with AAA Travel.

One Thought on “At the Helm With Celebrity’s Capt. Kate McCue” 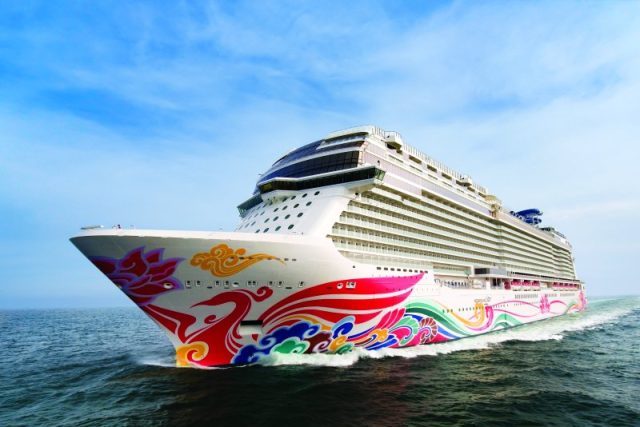