The Danube River, which spans from Germany to the Black Sea, connects much of Europe in trade and in history. Witness the grandeur of this historic waterway on a luxury river cruise. 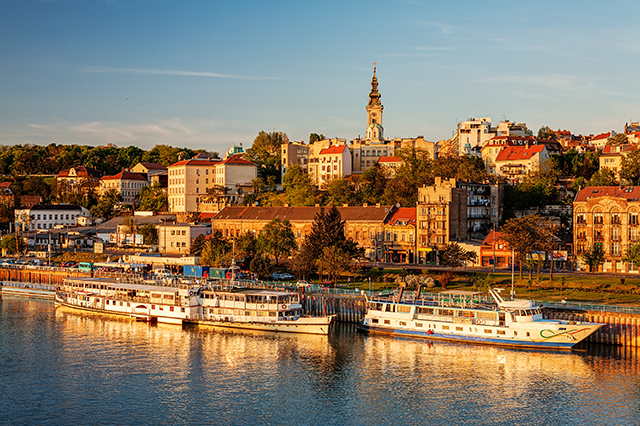 The Danube River, which spans from Germany to the Black Sea, connects much of Europe in trade and in history. To float down the Danube is to journey back in time to monarchs and empires. Each destination on the best-rated Danube river cruises also pulses with new life and new ideas. We have provided an itinerary, going from west to east, of five great locales to explore on luxury Danube river cruises.

If you can only visit one city in Germany, consider Nuremberg. It encapsulates so much of what we come to know of Germany, from its dark beer and gingerbread-style houses to the distinctly German companies headquartered in its city limits. Once the preferred home of kings, Nuremberg is now synonymous with the dark reign of the Nazis, as it was the first hotbed of overt oppression against Jews in Germany and the sight of trials which delivered justice to high-ranking Nazi leaders.

To learn about the city’s World War II history, take in the sobering Dokumentationszentrum Reichsparteitagsgelände, a museum built on the grounds where Nazis once rallied. Nuremberg is also home to great examples of gothic architecture, many painstakingly rebuilt after Allied bombing, so be sure to walk Altstadt, the old city center. For something more lighthearted, try the Nuremberg Toy Museum, considered one of the best in the world.

This quaint Austrian village has one rather large and majestic claim to fame – its Benedictine Abbey, a wonder that is a must-see attraction on many of the best Danube river cruises. This massive complex of seven courtyards and buildings is a fifth of a mile long and features some of the finest Baroque architecture in the region.

Melk has more charm to offer than the monastery, however. Old Town Melke, which is nicely walkable, features many municipal buildings that date back to the 18th century, for example. Allow time to venture beyond the ancient city walls and take a picturesque bike ride down to the riverside to rendezvous with your luxury Danube river cruise.

Many stops along the best Danube river cruises were once hubs of vast empires. Vienna is a metropolis that still retains the grandeur of its bygone era as the capital of the Austro-Hungarian empire. Perhaps this is why the Viennese are so accustomed to being pampered and treated like royalty. With your first bite of chocolate cake after a sumptuous Viennese feast, you will understand why.

While there are many hip corners of Vienna to explore, especially in its fashion district, be sure to take in the majestic sights of the city if on a short stay. Start with the Kunsthistorisches Museum, which houses some of the most important works of art from throughout human history. Next, tour Schonbrunn Palace to view the Baroque summertime surroundings of kings. Fuel up on expertly roasted coffee and finely fried wiener schnitzel whenever possible.

Think of Belgrade as what it would be like if Berlin were accessible by a Danube luxury river cruise. The two cities share striking similarities, from the determinedly unpicturesque architecture that reflects the crush of historical eras to the pulsating nightlife and bohemian cafes and bars that serve as a beacon to young artists in Serbia.

If it’s warm when you visit, be sure to try the beaches of the Ada Ciganlija recreational area. Shop your way through Knez Mihailova Street and then fuel up at some of Belgrade’s premium cafes. Take in museums dedicated to the former Yugoslavia and inventor Nikola Tesla, and gape at the ancient beauty of the Belgrade Fortress. Then climb aboard Belgrade’s ubiquitous party floats to dance the night away.

Once characterized as Little Paris, Bucharest more recently has been shaped, for good or for ill, by the grandiose vision of former dictator Nicolae Ceaușescu. While Ceaușescu razed a third of this city to create socialist-style housing, he also presided over the construction of the Palace of the Parliament, which is recognized as the heaviest building in the world and the biggest building in Europe.

Romania’s capital has endured Ceaușescu’s reign and is once again becoming a sought-after destination for the best Danube river cruises. Bucharest’s Old Town is teeming with both life and history, and there is a thriving network of parks to enjoy. Visitors also should make time for tours of castles tangentially related to the legend of Count Dracula, as well as the Stavropoleos Church, an ornate 18th century Greek Orthodox church.

Have you had the pleasure of sailing on one of these best-rated Danube river cruises? What stops would you recommend?